Over the years, the artist benefited from a music industry swelling with a backroom of talent. It was the creative infrastructure of the music industry and what I like to call ‘The Engine Room.’ It’s where collaborations were born and where the road used to begin.

When you signed to a record company it was the beginning, it meant the start of a relationship. And the better the relationship, the greater the chance of success.

You see success was something everyone used to share and it was an industry that drove people to succeed. The pleasure was shared with everyone because everyone played an equal part. Today with a rapidly diminishing return I don’t think it’s a unity, it’s a jungle mentality. Eat or be eaten, artist against the record company. As the record companies no longer sell a significant amount of albums they want a piece of every part of the pie. The shift of power, however, has moved to the artist and they now have greater control over their livelihood providing of course they have the correct infrastructure in place as in management, accountants, etc.

Many of the things that worked so well in the past are seemingly lacking today. Yet so many of these things are quite simple when you think about it. In the music industry, people are scared of losing their jobs and even artists nowadays are scared of being dropped. Why should that be any different though? It’s supposed to be a risky business, it’s supposed to be about taking chances and pushing out that little bit further. We lost our mavericks and we lost our risk-takers. We lost our innovators and we lost our way. The accountants and the lawyers came in and the creativity and development which ultimately help build a career became less important than the return.

We live in an age of instant gratification, where the quicker the return on investment, then the happier the label. And the safer the jobs.

But are we creating anything anyone is going to remember in years to come? Are we going to have any ‘heritage acts’ who stand the test of time and get to be rediscovered by a younger audience or are their personal tastes elsewhere when it comes to entertainment?

The relationships were everywhere, the artist with their manager, the manager with the label, the label with the publisher. Then the producer and the A and R manager and from there it went on. The only thing that may have changed is that the fan is able to have a closer relationship with the artist. Since the emergence of social media there are ways for the artists and their fans to engage making them more ‘real’ in the eyes of the fan. It works when both parties reciprocate. 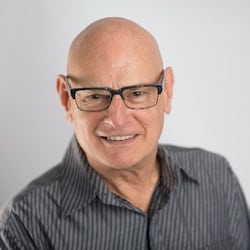 Tony Michaelideshttps://tonymichaelides.com/
With an irrefutable reputation achieved over fifty-plus years working with a stellar cast of clients which included U2, The Stone Roses, David Bowie, New Order, The Police, Depeche Mode, Simply Red, Bob Marley, Massive Attack, REM, Matchbox Twenty, The Pixies, Elvis Costello, Genesis, Johnny Cash, Whitney Houston, Annie Lennox, Tom Petty, Peter Gabriel…..and many more, it is not for nothing that U2’s manager, Paul McGuinness, has said, “Tony Michaelides has long been one of the UK’s foremost record promoters and undoubtedly one of the best that U2 have had the pleasure of working with.” Tony is acknowledged by both the artists he has nurtured and by his peers for the wealth of experience he has gained through an illustrious career that spanned more than three decades. His first foray into the music industry began in 1974 working as a sales representative for Transatlantic Records before he took on a similar role at ABC Records. In 1978 he made the move to Island Records and worked in their promotion department. Tony set up his own promotions company, TMP. His first two clients naturally, were Island and A and M Records. Over the next 25 years, TMP became one of the most highly respected and successful promotion companies in the UK. During that time, in 1984 Tony was invited to replace Mark Radcliffe on one of the UK’s most popular radio stations, Piccadilly/Key 103 and for the next 12 years presented his own music program, ‘The Last Radio Program,’ which was a Sony nomination for ‘Best local radio show.’ As his operation expanded TMP undertook all regional promotion activities at Factory Records and over the next 10 years worked with Joy Division, New Order, Happy Mondays, James, etc. During that time Mute Records also approached him to handle their artists which included Depeche Mode and Erasure. 1997 marked a personal highlight in Tony’s career when he was asked to be the publicist for David Bowie’s ‘Earthling Tour,’ responsible for all press, radio, and television. The following year TMP expanded its operations into working with more American clients, most notably Lippman Entertainment, one of the world’s most successful management companies, and the opportunity to work with multi-platinum act, Matchbox Twenty. They also became the UK consultants to Warner Chappell’s LA office and Atlantic Records in New York. In 2004 Tony was granted a Green Card as an “Alien of Extraordinary Ability,” for services to the music and arts, an accolade awarded to a small percentage of people who have reached ‘The Pinnacle of Excellence in the Field of Endeavor.’