Creating a New Movie for Your Life

Bringing the unconscious to consciousness is the first part of consciously creating the life of your dreams. Conscious Creation requires unearthing what lies in the shadows, the beliefs, and patterns you’ve unconsciously created. Making peace with and overcoming the adverse stories and physical patterning you’ve created unconsciously will release your genuine dreams. And these may not be what you thought they were. In fact, conscious creation can open you up to an awareness in which the dreams you believed you had—maybe they’re dreams of security, success, health, or love—don’t even matter as much as they once did. And when they matter less, anything is possible.

As humans, we are continuously creating our own lives, consciously or unconsciously. We each create the movie of our life and our view of reality.

We edit, rewrite, and produce sequels, and when everything is going well it can look delightful. The problem is that many of us don’t even realize that we have a movie, much less that we are choosing it. We’re making creative decisions, but they’re unconscious decisions. We are trapped in unconscious creation. This often leaves us in upsetting and painful patterns of living. Because we’re unaware of our capacity to consciously create, we’re living lives that are too little for us. We are “running the racket of staying small.”

Here’s a framework from my book, Conscious Creation. It is an acronym for my “five steps to conscious creation” process. The acronym is MOVIE: M is for Making Peace with the Past, O is for Overcoming Core False Beliefs, V is for Visioning, I is for Intention Setting, and E is for Embodying the Vision. Why MOVIE? Because filmmaking is a creative process, and in Conscious Creation, you are creating the movie of your life. In Steps 1 and 2 you are recognizing and unlearning the old script that you have unconsciously created and lived by, the script that is no longer working for you. In Step 3 you’re opening to a new script, a new story that you write, cast, film, edit, and produce, with help from others, in Steps 4 and 5.

You may be thinking that this sounds something like the Law of Attraction. Put simply, the Law of Attraction says that our reality is formed or manifested by our habits of thought. Negative thoughts attract negative reality; positive thoughts attract positive reality. When we change our thoughts, we change our frequency, and the world, or universe, responds. 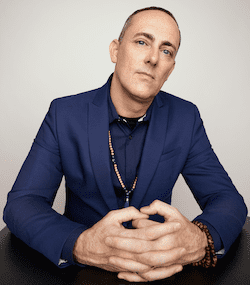 TJ Woodwardhttps://www.tjwoodward.com/
TJ Woodward is a bestselling author, inspirational speaker, and revolutionary recovery expert who has helped countless people through his simple, yet powerful teachings. He was given the honor of being ordained as an Agape minister by Dr. Michael Beckwith and was also the founding minister of Agape Bay Area in Oakland, which was the first satellite community of The Agape International Spiritual Center in LA.  TJ is a featured thought leader on wholehearted.org along with Brené Brown, Marianne Williamson, Dr. Gabor Maté, and Mark Lundholm. He is also the creator of The Conscious Recovery Method, which is a groundbreaking and effective approach to viewing and treating addiction. TJ is the author of the bestselling books, Conscious Being: Awakening to your True Nature, Conscious Recovery: A Fresh Perspective on Addiction, and Conscious Creation: 5 Steps to Embracing the Life of Your Dreams, as well as the co-author of their accompanying workbooks.