Conflict Management: Eight Out Of Ten Will Misunderstand

Mushin is a tactic in samurai warfare that in essence, means ‘still center’. It is the ability to stay calm, read your opponent, and attempt to redirect his aggression in a more productive way (Thompson & Jenkins, 2004). When we sustain control of ourselves, we are better able to control a situation. It allows the opportunity for flexibility and adaptability.

Conflict is a catalyst for change. We know that in order to avoid status quo, change is inevitable. Healthy conflict is a really good way to get things moving. Naturally, it’s how we deal with it that largely determines the outcome. Nevertheless, it can prove to be a good way to get the ball rollin’.

But we all know that not all conflict is healthy. We can recognize unhealthy conflict as a means for future change, though. It’s imperative that we lead our people through effective conflict management.

As leaders, we need to effectively influence and persuade (persuade in this instance, isn’t a bad word). Consistency is key. Upholding credibility and integrity is imperative. Attitudes can make or break a deal. This certainly holds true in the midst of conflict. The words we choose carry a whole lot of weight. Sustaining our presence is critical.

Refrain from responding when facing a verbal attack. A lot of time is spent criticizing during a conflict. A lot of unnecessary time. Avoid defending yourself in a verbal attack. It only adds fuel to the fire. You may accidentally say something you’ll later regret.

Capitalize on the power of paraphrasing.

In the heat of conflict, eight out of ten people will misunderstand the context (Epley, 2015). Recognize this as reality. It makes conflict harder but realizing it is key.

Avoid relying on the other party to actually say what they mean. During conflict, the neurotransmitters in our brain are going haywire. Chances are – unless they are extremely skilled in effective communication – they might mess up. There is a greater chance of misconstruing information – sometimes critical information, when we are upset.

‘Let me make sure I understand what you mean’ can be a great way to interject this tool.

Ensure that you are understood, but take the time to truly understand the other party’s interests. Sometimes a little empathy can go a long way. Empathy in conflict does not mean giving in. It just means that we’ve taken the time to try to understand how the other person feels or where their true interests lie. It also absorbs and diffuses tension.

Plus, it gives us the chance to see the other person as he sees himself. Consider the power of that statement. We can learn a lot by taking the time to identify and understand how the other party truly sees himself.

Silence is a powerful tool. It is an amazing weapon. Especially after a verbal attack, silence can be a great response. It gives us time to think. After a verbal attack, it is so easy to let our response roll right off our lips. It’s also the most vulnerable time, as a leader. Avoid responding when you’ve been hit below the belt – at least long enough to frame your response and keep your dignity and integrity intact.

Remember to let the other party save face. Workplace relationships are worth protecting (most of the time).

Unfortunately, we all run into some type of conflict with unscrupulous people. I’m not talking about those people – we don’t (or shouldn’t!) have those types of people on our teams. However, sometimes it feels like it during a heated conflict.

Dealing with conflict is par for the course….  it’s a core responsibility as a leader. However, many of us haven’t had the opportunity to learn and acquire some of the tools we need to properly navigate rocky terrain in the workplace. Plus, dealing with human behavior isn’t easy. It isn’t for the faint of heart.

Our company’s intellectual capital and technical expertise is attached to a variety of personalities and attitudes. Each member of our staff has been brought on board because of the knowledge and skill he possesses for his particular position. We are confident that our staff possesses attributes such as analytic capabilities, logical reasoning, and problem-solving. Yet, we are usually attributing such cognitive traits to individual roles and responsibilities.

Most of us want to get along with our cohorts – that’s the good news. Yet, when faced with interpersonal conflict, it’s not uncommon for organizational leaders to feel like confronting a top performer is too risky. What’s even more common is when organizational leaders believe that the issue can resolve itself or worse – that confrontation will cause the situation to completely unravel.

But we’re all human.

Believe it or not, eight out of ten people will misunderstand what we mean… in the heat of interpersonal conflict.

Remember, there’s a lot of power in silence. As a matter of fact, silence is a type of answer (it’s no answer!). However, it doesn’t always cut it – especially when situations need to be settled. Some tips for settling conflict include:

People just want to be heard. Remember that anger is a front for fear, worry, or frustration. Challenges that are handled with respect for the individuals involved will reaffirm the fact that she is not a debilitating stereotype.

Emotions are usually piqued and those involved are on edge. We can’t ignore the fact that those involved are palpably anticipating some type of action. Jolting people into action isn’t going to help matters. Bolstering competence while transforming a long-standing pattern or habit isn’t easy.

From a neurological standpoint, practicing tips we’ve learned or read about on platforms like ours can and will literally help us extinguish old habits. Our brain’s automatic response or default response can be replaced by a more effective one. The great news is that once the new habit has been stabilized and consistently practiced, reverting to the old habit is unlikely (note: deeply rooted attitudes or questionable personal values or affability issues do require a lot more attention!).

Truth be told, the alternative can be costly. We know how expensive it is to replace a top performer. We’ve seen other organizations unravel to the point of no return. We know the facts and figures that support those organizations who were at the tipping point caused by interpersonal conflict – those businesses whose personnel was ripe for tearing people apart or ignoring the reality until it was too late.

From start-ups to Fortune 500,100, etc., no one is exempt from this reality. The workplace is a living system – a system that oscillates dynamism. Practicing healthy conflict resolution helps tremendously in the workplace and it’s a welcomed trait we can carry over to our personal lives. Click here to read more about dealing with conflict at work. 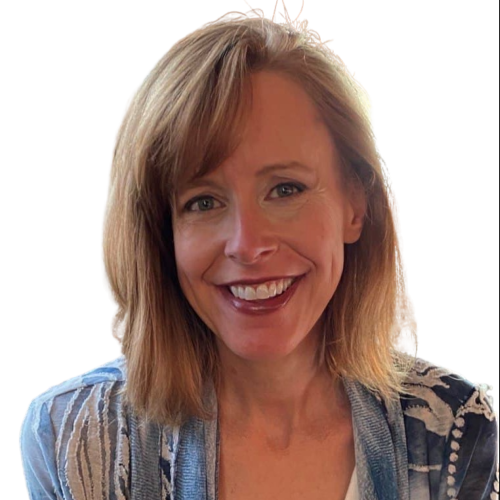 Customer Apologies – Worth The Effort?

What Places Some Leaders At An Astounding Advantage?