High above the clouds dwells the forgotten race, the Druids. Once cherished and praised by the common folks, ’til today they have vanished from the public awareness.

A mere myth — they shall to say, and release their stories out on their lips in times of bed-time stories.

Figures, tall and cloaked ruling the mountaintops, commanding the storms and clouds.

When the wind blows and brings a tender breeze to the sun-dried faces, they shall to say, a Druid is meditating. Its breath moves the air far and wide, releasing a soft stream each time it exhales.

As of their appearance, Druids are hidden in the mist of ignorance.

They only appear in dreams of children during a thunderstorm to speak tender words and ease the fear of the younglings.

As told by the visited ones — the children whom the Druids spoke to, the creatures stand between human and non-human.

A child’s pure brain, unable to comprehend their being, can not determine who they are and how they seem to appear.

Once a child who was visited in his dream reaches adulthood, he shall forget everything. He has lost his fear of the thunder, thus the Druids need no more visiting.

It is believed, once lived a man fully-grown who feared the storms of the night.

In pursue of the remedy for his concern he set foot to conquer the heights of the Roaring Mountain.

He believed non to the tales of the children and in lack of thoughtfulness he began his journey in order to stand face to face against the wildest of storms.
He had none, but willpower in his heart, and upon climbing the steep rocks in terror, he slipped.

Falling, he begun for his feet could no longer hold him on the wet stone, he swung above the abyss.

Then he shouted, for he thought that this will be the last sound he shall ever hear.

On that moment a thunder struck just under his sliding feet and the stone rumbled.

A vast part from the hillside ripped out from its place and tumbled underneath the feet of the man. He then had to fall no longer, for he was embraced by a harsh and sparking surface.

The thunder tore the mountain apart so that he could fall and arrive steadily. From that point on the man carried the storm in his heart and told the prideful tale of the merciful Druids who saved his life and aided him with everlasting courage. 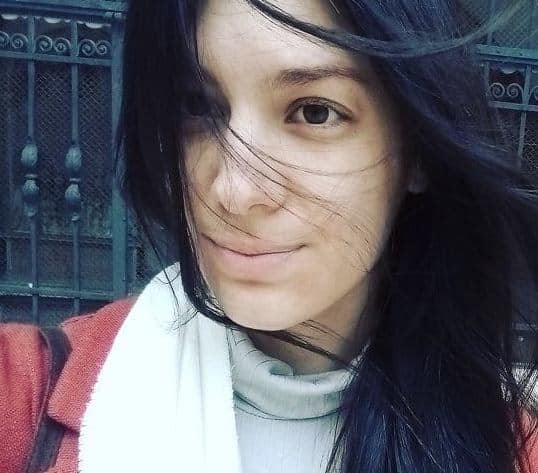 Sára Szarka
Devoted to creating content daily using writing as a tool of self-expression, Sara had been fond of writing from a very young age. Embedded in twisted, psychological, and philosophical subjects, promoting the abstract allows her to find deep teachings in metaphorical creations. Currently living in Poland, she thrives on expanding her possibilities. Sara is a great fan of fantasy, sci-fi, and anything that comes with abstractness. Her daily routine consists of practicing mindfulness and daydreaming of a workplace where she can unleash the chains of creativity.