There are three cardinal virtues of business: Creativity, Building Communities and Practical Realism

Creativity within the community signifies a dependency for change, through a variety of measures that creates the impetus for a successful society.

Thriving communities exhibit full inclusion; whereby individuals are able to collectively share and contrast experiences, from an array of perspectives including traditional and professional domains.

Communities require an influx of abilities and attributes in recognising the necessity for advancement.  By creating an impartial society for impending generations through imaginative directives, effective communication, and strong leadership.

The convergence of conventional and modern endeavours, encourages the possibilities to forge enterprising communities which go beyond the desires of ‘self.’

The objective for global society is to focus like-minded threads of imagination for the greater good.   Genuine creativity involves the process of challenging prosaic initiatives and entails effective leadership to sustain growth. 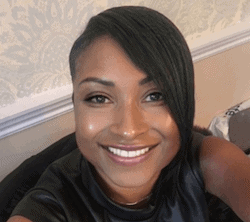 Shara Lewis-Campbellhttps://www.beautyandthebeastpublishing.net/
Shara is an acclaimed author and co-founder of Beauty & the Beast Publishing Ltd, an independent book publisher and media company. And The Shift a non-profit organisation that campaigns for Social Justice Reform based both in the U.K. and U.S. Shara has served within the writing industry almost thirty years and has published twenty-four aspiring authors from socially onerous backgrounds, in addition to six of her own publications. Shara holds specific interests in Social Restorative Justice and amplifying the voiceless through inclusion and innovative expression.

What Makes You Human?