Commission VS Omission and the Pathway to Healing

The big, loud, disruptive trauma of commission is usually the starting point for reconnecting with our #truself, even though it may have consciously been buried, over the course of our journey together, the footprint of such a seismic experience in our lives, gradually becomes more evident as we begin to piece together how it has fuelled our beliefs, directed our actions and impacted all our relationships up to this point.

Whilst it is typically the first to present itself in our conversations this should not imply that it is easier to work through, to learn to accept, to forgive, and ultimately to let go of our attachment to it, rather it is simply the most obvious and thus takes the least amount of awareness to uncover.

The trauma of omission however, can be equally as foundational but it is often far more challenging to acknowledge, for it operates at a more subtle level and as such is far harder for even the more awakened conscious mind to perceive, let alone to face and begin to work through.

Far easier to become aware of something we actually physically or emotionally experienced and begin to comprehend its influence upon us, however much we may have endeavoured to repress it, than to reach back and realise that which was never given to us, is actually what is still driving our thoughts and interactions.

This invites us to consider the age-old question, which is more powerful; a mindset of abundance or one of scarcity, for instance, we often focus on the impact of an absentee parent in our childhood and yet the toxicity of an overbearing one can be just as potent.

Whilst it is also necessary to pay attention to our innate human idiosyncrasy to dwell longer and deeper in the house of negative emotions and personal scarcity and how it contrasts with the apparent fleetingness we afford to any contrary, joyful and bliss like experiences, we simply park neatly away as memories. Our predisposition to either ultimately culminates from said events or experiences and our subsequent adaptation toward these levels of traumatisation, do they break us down or build us up?

In my own experience, it was the trauma of losing our first daughter in childbirth and the ensuing mental and physical health implications it had on my wife directly and myself indirectly, which was the big wake-up call, however stutteringly at first, and the launching pad for my own awakening.

Working through the grief process and the ensuing numbness I felt after such a life-changing event, those first six months were difficult and slow going but there were glimmers of what was possible, and only by doing this initial work did I receive an invitation to go deeper, the real journey to return to my #truself, which ultimately led to recognising that in fact, it was those hidden examples of trauma by omission, which were most significant, rather than the more recent obvious trauma of commission.

As I committed to the process and became better at noticing, my self-awareness grew so that I was able to play join the dots and see how the absence of my emotional needs being seen, heard, felt, and honoured in my childhood left their mark upon my psyche. Something which evidently played itself out time and again in my belief structures, my motivations, and my personal interactions throughout my early adult life.

The most fundamental realisation was the acceptance of a childhood, though plentiful in many things, all my basic needs were met and no doubt on the surface it would have appeared to be a happy, normal, functional family, underneath the inability for my parents to express most of their emotions, in particular love would prove formative in my adolescence.

As an energy sensitive person, to grow up in a vacuum devoid of emotional awareness and expression meant that I was deprived of this innate gift, something all children are born with, and to have it repeatedly shut down, either overtly through reprimands or covertly through the simple modelling of behaviour replete of most emotions, was damaging. With this as my only example to imitate, it is only natural that my conditioned personality and mirror self gradually grew further and further apart from my original #truself.

I always loved the Rumi quote about “the wound being where the light enters you,” but in my own experience and with working with clients through this process, I believe it is in fact the reverse. The wound is the invitation for your awakening. The realisation that the light was always already inside you and it was merely covered over with the armour of coping mechanisms or conditioning beliefs we, consciously or subconsciously, choose to take on board to feel safe, which over time have created our personality construct and kept us in a state of dis-ease.

So often the effect of trauma leaves us feeling like we are less, we are broken, we are isolated, there is no hope and yet time and again once we do the work, have the breakthroughs, feel the cathartic benefits there is a shift and the flow of energy begins to move from contractive and negative to expansive and positive. We feel more aware, more compassionate, more purpose, more love, and the innate desire to pay it forward and serve humanity flourishes.

Thus began my first forays into coaching, using my own experiences both positive and negative, to guide others along the path of self-discovery. As we begin to cultivate the witness and start to notice more and more our triggers and subsequent reactions, we can determine their origins and differentiate between internal and external influences, letting go of blame, shame and guilt, replacing it with self-worth, self-actualisation, and balance.

Then as we look at the bigger picture and allow for a perception shift, coupled with the power of acceptance and opening more to the liberating gift of forgiveness, there comes a revelation that we alone hold the keys. We have the answers to our own growth, no longer looking outside us for validation, stuck in survival mode, instead reconnecting with that inner voice, feeling into our intuitive guidance and deeper still towards a true soul connection, we thrive.

Having reached the proverbial top of the mountain we so often get confronted, a final test, have I really done the work, will this returning figure, scenario, feeling reactivate old wounds?

This is normal, we remember the practices we have learned, the steps we have taken and the tears we have shed.

We pause, we breathe, we quiet the mind so that the voice inside can remind us, we get to choose. To step back and retreat into our habitual behaviour patterns allowing that wall of fear and separation to once more manifest itself. Or to continue with remembered courage, guided by self-compassion, emboldened with our newfound purpose and deeper connection with our #truself.

Trauma is a fact of life, but it needn’t be a life sentence…

My new 16-week “Trauma to #truself” programme is now live please connect with me on Linkedin below or on Instagram (@truselfcoaching) for more details. 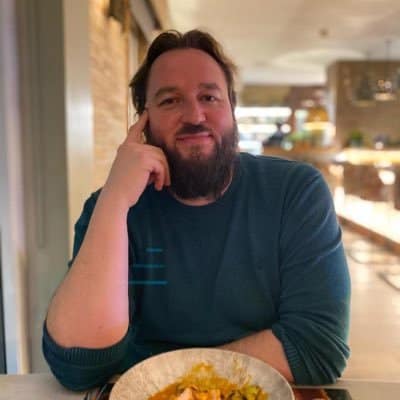 Rhys Thomashttps://truselfcoaching.com/
I work with individuals who have suffered a traumatic experience in their lifetime, who no longer wish to have it impact their mental health, their relationships with others and dictate how they show up in this world. When you show up as your #truself you’re empowered by that inner voice, you let go of attachment and judgement, are free to move beyond fear and expectation, to truly manifest your dreams into reality. There remains a taboo around the word trauma and many people when asked might assume the defensive and say, “not me”, for fear of how this may be perceived by others, but every single one of us has faced adversity at some time which has either built us up or broken us down. Personality traits, behaviour patterns, belief structures all stem from our past experiences but coping mechanisms forged in the fire only ever weigh us down, lead to more pain and deny our #truself from returning. The truth is it’s not the incident itself which is the real trauma it is the response to it and the resulting impact you allow it to have on your life and those around you, from that point forward, which does the real harm. Choosing curiosity over fear, self-compassion over self-judgement and acceptance over denial are the first steps we use to break down the protective walls which were once built up for protection, but which ultimately keep us stuck living out familiar storylines and conforming to a pale imitation of our #truself. Having studied many different modalities and practices during my own journey including kundalini yoga, breathwork, meditation, indigenous ancient wisdoms, emotional intelligence, mindfulness and loving awareness, Buddhist psychology, Vedic scripture and astrology, Zen practices and Taoist philosophy, I am uniquely blessed to help guide you along this path of your awakening and reconnecting you with your #truself. Founder of #truself Coaching; 1:1 and Mastermind Groups; Workshop/Retreats Designer, Facilitator, Trainer, Guide; Bespoke Corporate Wellbeing Programmes; Online Community Builder; Writer and Content creator – Holistic Wellbeing, Mental Health, Mindfulness; #TNT 2.0 Podcast Host – Exploding the Status Quo on Leadership (100+ episodes) Available on Apple Podcasts, Spotify, Anchor. Previous: 18+ years in Corporate Sales and Executive Search in UK and APAC regions.