Organization and the Cleaning of Tools

How it all started for me

I grew up in the country. My grandparents lived on a country road not too far from ours. Their house was an old 2-story Cape Cod painted in the 1950s light green with white trim. The outbuildings surrounding the home consisted of a multi-story pump house and a 2-story garage with a mother in law apartment upstairs. Everything painted the same color.

The grounds were always kept neat and orderly. There were fruit trees all in a row, the garden was in rows, raspberry and blackberry bushes in a row, a rose garden in rows and daffodils in a row decorating the sides of the driveway. Everything was weeded and pruned as needed.

Once dry, it was time to crack them open and remove the meat of the nut. I could not tell you how many walnuts I have cracked, but I’m sure it’s in the thousands.

There was a row of outdoor benches with large wood framed screens used for drying the walnuts when it came time to harvest. The walnuts would fall on the ground, still, in a green husk, we would pick them up and lay them on the screens to dry in the sun. Once the husk dried enough you could remove it from the walnut and then leave the bare walnut on the screen to finish drying in the sun. Once dry, it was time to crack them open and remove the meat of the nut. I could not tell you how many walnuts I have cracked, but I’m sure it’s in the thousands. After cracking the nuts open, the meat of the nut would then go into large date labeled jars for storing the same as all canned fruits and vegetables. All labeled and stored in a row. The tools and unused jars were cleaned and put away in their proper place.

In the pumphouse, there were many gallon cans of paint. When something needed painting, my grandmother would pull the right color off the shelf, reopen the can, break the skin at the top of the paint, stir the paint and then pour the paint into a container while using a discarded women’s nylon to strain the debris out the amount of paint needed. All putty knives, scrapers, paint brushes, and nylons were lined up orderly and ready for the project. When finished for that day, all tools were immediately spotlessly cleaned and put back in their proper place. Ready for use again.

The interior of the double-wide garage was all lined with benches, shelves, and wall hanging space. There was what seemed like hundreds of labeled jars, of different sizes, that were filled with nails, bolts, nuts, washers and other fasteners on the shelves. My grandparents had gone through the depression, so anything that could be salvaged, saved and reused was organized and stored. There were tools hanging on the walls organized according to their proper use. Everything was clean, oiled as necessary and ready to use.

Facing the front of the garage, on the left side was a rusty Model T truck and next to it was a large pile of salvaged lumber. Those became my first real tasks as a young boy in learning how to use tools. My job with the Model T was to disassemble it so that the wanted parts could be used for the restoration of another Model T. At least that is what I thought. It could have been a way to keep me busy. In the process of taking that old truck apart, I learned a lot about using the right tools and the proper use of those tools. I also learned to appreciate tools that were clean and organized. After busting a few knuckles from a hand slipping off a greasy wrench or not being able to find a tool I had just used, it became even more important to keep things organized. Of course, my grandfather was a major influence in getting me to clean them and put them back where they belonged.

The pile of salvaged lumber and I got off on the wrong foot, so to speak. My job was to use claw hammer and crowbar and remove all the nails from the boards. What did I do? Stepped backward onto an exposed rusty nail sticking out of a board with my tennis shoes on. Prying that board off the bottom of my foot was a pretty terrible experience and the tetanus shot wasn’t much better. I did learn that tennis shoes were not the best footwear (tool) for the job. I avoided the lumber pile for a few days and continued some dismantling of the Model T. When I went back to the lumber, I pulled nails for hours, put them in piles according to their size and shape. After that, it was time to perfectly straighten the nails so they could be put in jars, ready to be used again. The proper tools for the job turned out to be a carpenter hammer and a block of wood. Lay them on the block of wood, tap the head into the wood, turn the nail as needed and use the hammer to tap them straight again. When finished for the day with that project, everything was cleaned and put away.

As I grew older, many of the things that I learned during those early years became part of my success as an adult. The difference was that the toolbox of tools is now in my brain, not in a garage lined on the walls.

I learned the value of adding good mental tools and maintaining them to my advantage. I found that saving life experiences as memories (supplies) in “properly labeled jars”, for use again, saved me time and effort by having what I needed easy to retrieve and be close at hand. I began completely straightening out bent nails (negative experiences) before putting them in the jars so that they could be applied properly later without a reoccurrence of any previous failure. Cleaning my tools before going into the next challenge became a great matter of importance as I found that starting the next event without the grime of the previous, gave me greater results in the present.

Over the next few months, I’d like to share more life stories with you. Some of them funny, some extreme and some methodical. I feel that within these stories you may find some of the best tools possible to experience a higher level of success in your endeavors.

Until then, enjoy much success in whatever you do. 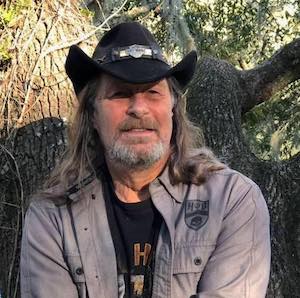 Trevor Bild
Trevor Bild, Videographer, Producer, Sales Trainer, Life Coach. For over 30 years, Trevor Bild managed and trained sales personnel and companies to reach their highest potential. Through his unique skills in redirecting thinking, maintaining integrity, empowering his staff and creating opportunities for success, he became well known for his ability to enable companies to become profitable and excel in all areas of business. After retiring, Trevor has focused his skills in videography, becoming an exceptional producer who brings out the best in musicians, taking them to new levels of personal and professional enhancement. Through his inspiring and thought-provoking writing, you will gain insights into big-picture thinking and ways to see things from new and different perspectives.

Principles of Life Series: The Collective

The Kind Of Life We Want To Live