Clarity In Direction Creates A Spark 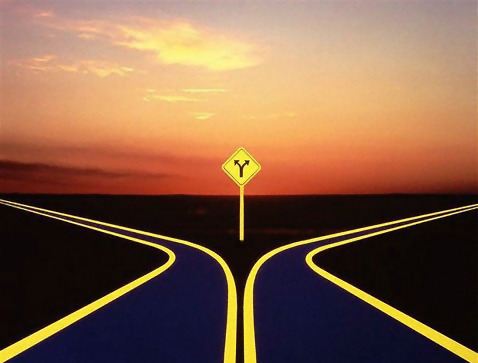 “Sometimes all one needs is a spark, someone who sees their full potential and believes in them that can turn that spark into a flame that spreads a light. Eileen Bild’s mentoring coaching is the spark that I needed at a time when I was stuck and not moving forward. Her positive energy, deep and intuitive listening and guidance arrived at just the right time for me. I am moving forward. Thank you, Eileen!” –Phil

Do you sometimes feel stuck or lose enthusiasm in what you are doing for your life’s work?

Phil, a musician, author, and life coach, was in a place of feeling mentally drained and beaten down by both outside influences and internal thinking that has had a negative impact on his ability to achieve the success he desires.

In our mentoring session, we looked at what those influences were, his reactions to them and how he can turn things around by overriding the programming, creating a new foundation from which to move forward.

There is an element of both self-sabotage and the fears of strengthening self-empowerment that blocked his ability to “buck the system” of what he believes is expected of him. Phil wants to maximize his performance, but to be able to move past that which is holding him back, we decided the first step was to set up a strategy.

Music
Phil has already started to step up his performances and find new gigs. He is engaging with others who are now performing, which encourages him to feel positive in a better way. In the past, he gave his power away to please others, but now he is getting his power back. Finally, he is writing more music and just completed videos with his wife and her art. Phil will be embracing his music as a part of the future in conjunction with his other interests.

Book
Phil’s current book is gaining momentum (it is timeless in the information being inspirational drawing people into its message) and he is excited about sales picking up. There is an interest in working on a second book, but he is not quite ready to begin the writing process. This is an area in which he needs to be more motivated and the desire becomes strong enough before he can start.

Coaching
Phil has struggled over the years in attracting clients for his coaching business. His target market has changed over time and today he is looking to redefine is market and then have this reflected on his website. Some of Phil’s blockages have been his own value as a coach and how to relay this through building a thriving coaching practice.

As we began to break down these three key parts of Phil’s business and passion, it became evident that he needed clarity on action steps to take for moving forward towards the success he desires.

The idea of an umbrella under which music, art, book(s) and coaching, fall under gave Phil the sense of unity vs. separation. He was feeling as if he was being pulled in four different directions and exhausting himself trying to make each one work as an entity by itself. By grouping them under one umbrella, he can now see how they all work together and can be interwoven.

Phil: “I feel good now that I made it to a point that instead of dying, I am rebirthing.”

His mind opened up to seeing that his current book, his wife’s artwork and his music are already one unit. Then he realized, people visiting his wife’s art studio, where the book is displayed, is an opportunity in which he can offer coaching. Many are drawn to the book because it holds a fundamental truth that lasts through the ages creating healing on many levels.

An ah, ha that came up during the mentoring session was regarding how he has simplified his life by downsizing his home and moving to the mountains of Ashville, NC. With the change in environment and new opportunities, Phil was poised to grow his music and coaching business. What he realized, is he wanted a simpler life but still doing things in a way that does not fit that mold. Ultimately, he kept hitting roadblocks and dead ends.

As we continued to peel the layers back, with Phil discovering more about what he really wants and where he needs to focus, several breakthroughs occurred.

Phil: “This mentoring session has helped me to recognize I can come from a state of strength, rather than weakness, taking all my skills to the next level.”

Upon completion of our session, we agreed that I will continue to be his accountability partner once a week with short phone calls or emails to keep Phil on top of his game. He has already started by taking the first steps committing to ordering business cards to display next to the book that will link with his coaching. His journey down the road of success has begun…..