Hey everyone, I would like to share something with you today. I have an extensive music education background having studied piano and composition at the Birmingham Conservatoire which is essentially a classical institution. Later I went on to lecture and teach at a number of music institutions including South Birmingham College and University of Central England, currently MD at St Johns & St Peters Church, Ladywood. I mention this only to make the point that of all the years spent in music education, sitting in lectures, seminars, recital halls, and exams, I’ve never once heard the name Chevalier de Saint – Georges mentioned! Hopefully, I have your attention! Introducing Chevalier de Saint – Georges (pictured above).

He was a champion fencer, military officer, composer, virtuoso violinist, and conductor of a leading Paris symphony of the time. He was also black. I have listened to this man’s music and it’s breathtaking. Unfortunately, a lot of Chevalier’s music was lost during the French Revolution, and what survived was quickly forgotten. However, what we do know is that he composed 3 sets of string quartets, 2 symphonies, 8 symphonie-concertantes, 6 operas, 3 violin sonatas, and 14 violin concertos. It is said, Mozart was extremely jealous of Chevalier. The comparison between the two composers is off, says director of music at Shakespeare’s Globe, Bill Barclay “Chevalier was unfairly called the ‘Black Mozart,’ it should have been Mozart the ‘White Chevalier’.

I invite you to take a listen to this man’s amazing music! I believe this wonderful music should be included in our music curriculum studies from grassroots to university level. Music was created to be heard not hidden! Thank you for your time. Hit the link below. Enjoy! Black composer series vol 1 Chevalier de Saint – Georges : 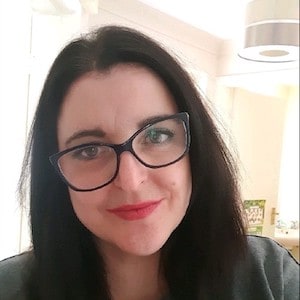 Michelle Hartehttps://hresque.co.uk/
Michelle Harte is the Founder of HREsQue, an organisation committed to bringing the best out of people at work. She is both MBA and FCIPD qualified and has over 20 years experience in both HR and OD. Along with undertaking largely culture change assignments Michelle regularly blogs and interviews thought leaders from across the leadership space as a committed networker to help build and share ideas in the collaborative space.