Barbara Janik takes you on an emotional journey as she goes online to hunt for and find Osama bin Laden. Her tip to the FBI leads to his secret arrest on Aug 16, 2006.

I was up most of the night again, with little to comfort me but a large chocolate milkshake from Whataburger. I was starting to see double as I strained to focus on my flickering, tube-type monitor. I had to keep going. People’s lives were at stake. I was beyond exhausted, but I was the only one who could do the work—the only one who could follow my system for finding terrorists.

Finally, when my eyes were burning and the words began to jump around on the screen, I had no choice but to stop. I couldn’t read any longer. I couldn’t focus. The room was dark and cool, and bed sounded nice.

But could I sleep?

I took two sleeping pills and collapsed, fully clothed, on my side of the double bed. As I lay flat on my back, my body sank heavily into the mattress.

Curling a pillow behind my head and under my neck, I felt some sweet relief from my mounting headache. Then, as I pulled a light cover over my body, my heart began to pound quickly, and my breathing became rapid. Instead of decompressing, I began to worry. What if the sleeping pills wouldn’t help? They had to help this time. I desperately needed rest.

Without rest, I couldn’t complete my work. Without rest, I wouldn’t be able to think straight or maintain my pace. More importantly, I was terrified that without sleep, I would lose my mind.

Slowly my thoughts changed direction, and for what felt like an eternity, my mind mulled over the latest case. I was still working, even as my body began to shut down. Eventually, my breath began to slow, and my head was filled with splashes of colorful geometrical shapes.

About an hour into my slumber, at around 4:15 a.m., I spontaneously woke up and for the first time in my life, experienced what could only be described as a moment of clairvoyance. Feeling ecstatic, I leaned over my partner, Nicki, who was sleeping on her back. I kissed her passionately on her soft, warm lips, then fervently uttered, “You know we got Osama bin Laden, right?” A split second later, I rolled back over, glanced at the clock, and immediately fell back asleep.

Several hours later, the kiss forgotten, my daily routine started over again. I woke up, bleary-eyed, and began working one of my cases by making a barrage of phone calls. I was too entranced to even bother with breakfast. Nearly two hours later, my thoughts returned to RewardsForJustice.net, the government website that listed all of the FBI’s most wanted terrorists. I stared at the screen, scouring a short list, uncertain of whom to go after next. This time I’d ask for an opinion.

I flung open my black Nokia flip phone and called the New York FBI. I got through on the third try. As usual, I introduced myself to the screener as the person who was calling in the Brooklyn tips and asked to speak with the Terrorism Task Force. My call was transferred at 10:34 a.m., on August 16, 2006.

The agent who answered the phone had a mid-ranged, boisterous New York accent. After introducing myself, I confidently stated, “I just want to ask you which terrorist I should go after next.”

But instead of advising me, he greeted me with a playful tone.

My stomach sank as a flood of anxiety washed over me. My mind began to spin. Why did he sound playful? This was odd. FBI agents were usually so humorless.

Did something happen? Did he know something?

I hesitated, stammering, unsure what to say next. But before I could shift into a full panic, a different agent with a deeper voice and thicker New York accent hollered exuberantly from the background.

“Is that the Green Lady?”

My mind started racing. What was that supposed to mean? Why did I have a nickname? It was clear by his tone that it was a term of endearment, but—

Before I had a chance to really process my new nickname, the duty agent on the phone replied loudly and with gusto, “Yeah!” (It’s the Green Lady.)

Then the noise in the background was suddenly amplified as I was placed on speakerphone. At that moment, I could hear what sounded like at least a half-dozen male agents cheering and applauding.

The second agent hollered gleefully, this time addressing me directly. “Ya got the lotto picks?” Confused by the question, I answered in a humorless tone, “No. Why would you think I—?”

For a few minutes, I struggled to continue my friendly banter with the energetic group of federal agents. I was clueless about how to react. I was utterly dumbfounded by the situation and couldn’t quite wrap my brain around what was happening.

My responses were no doubt more serious than they should have been, yet my dazed demeanor didn’t diminish their enthusiasm. Needless to say, this level of excitement was unprecedented for the normally composed, businesslike FBI agents.

After a few minutes, we said our goodbyes, and I flipped my phone closed, stunned. I stopped and thought for a moment. Why were they excited? So happy, playful? What were they celebrating? Slowly, I began drawing a precursory conclusion.

What tip had I called in a few days prior?

Bin Laden… I had called in the location of Osama bin Laden!

A wave of adrenaline washed over me as it sunk in. The New York FBI Terrorism Task Force must have arrested Osama bin Laden that morning because of my tip. An image popped into my mind of federal agents kicking in the door of his Brooklyn apartment at 4 a.m., and taking him in cuffs before he could even remove the sleep from his eyes.

What I didn’t know was that my suspicion would be verified over the next twenty-four hours. Just like so many times before, my hunch had been correct.

I was still processing what had happened when I heard a loud, mid-toned Californian accent coming from behind me. My body convulsed at the sound. 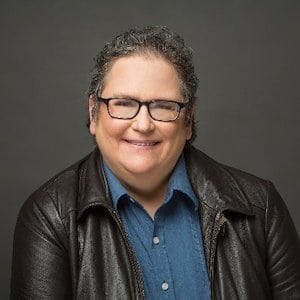 Barbara Janikhttps://chasingbinladen.com/
In high school, Barbara Janik walked the halls every day, wearing the same black sweater and mumbling to herself. To many, she was twitchy and odd, which made her a social reject. But despite this, she graduated 5th in her class and earned enough scholarships to cover her tuition at a private Catholic university. In the fall of 1987, when Barbara arrived at the University of St. Thomas in Houston, she was unaware that she would be attending one of the toughest, most prestigious universities in Texas. Like in high school, she was often considered unusual by her peers. Despite this, she thrived. While at St. Thomas, she discovered and nurtured her love of writing. After earning her bachelor’s in liberal arts, she briefly taught first grade and then high school. But she quickly grew dissatisfied with the low pay and social stressors, so decided to go back to college to study computer science. However, when the IT job market crashed, she dropped out and began working as a PC repair technician, which led to her mastery of the art of "Google-fu." In 2006, Barbara once again took her life in a new direction. While still working as a tech, she branched off into lay detective work. She would seek lucrative rewards for hunting down missing persons, criminals, and terrorists. That summer, Barbara made an unexpected discovery: the whereabouts of Osama bin Laden. She accomplished this using social media, people finders, detective sites, her new "Google-fu" skills, and raw intuition. As a result, bin Laden was secretly arrested on August 16, 2006. Not long after, Barbara started graduate school at Sam Houston State University and attained a master's in history. This gave her the credentials she needed to work for several years as an adjunct professor and the skills to write the historical portions of Chasing bin Laden. Today, Barbara Janik lives in a small home in rural Texas with her partner and black cat. She spends her days writing, running a small Amazon reselling business, playing tabletop games with friends, and obsessively Tweeting.