Chanukah: The Origin of Cancel Culture 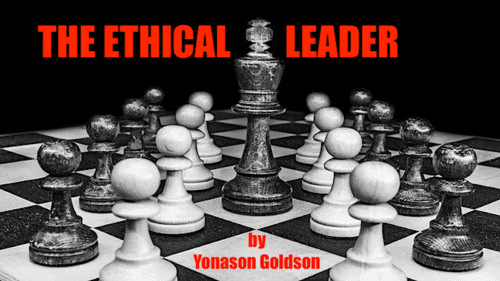 Resist the subversion of darkness in the name of enlightenment.

23 centuries ago, the army of Alexander the Great marched into Jerusalem.  The ensuing occupation of the Jewish capital proceeded, at the outset, with unexpected smoothness and goodwill.

The Greeks had brought to the world the first secular culture aspiring to more than wealth, lust, and power.  Guided by pure aestheticism, Greek art, architecture, and drama demonstrated an affinity for abstract pursuits and a singular respect for cerebral engagement. The result was a synchrony of mutual admiration and appreciation between the Jews and their new masters.

But the veneer of intellectual integrity projected by Greek culture was a sham.  Socrates, the teacher of Plato and father of rational inquiry, was sentenced to death for corrupting the youth of Athens.  His unpardonable sin: posing questions that made his students think by challenging the status quo of conventional wisdom.

Judaism thoroughly endorses Socrates’ famous dictum that the unexamined life is not worth living, a philosophy that infuriated the Greek establishment.  The foundational principle of Jewish tradition that human beings are not perfect creations, but perpetual works-in-progress, grated against the Greek notion that man is a divine creature in no need of improvement.

Recognizing that the theology of the Jews would never bend to accommodate the worldview of their masters, the Syrian-Greek ruler Antiochus Epiphanes issued edicts forbidding three religious practices: Sabbath observance, ritual circumcision, and the sanctification of the New Month.  His assault on these specific institutions illustrates how our ideological enemies often understand us better than we understand ourselves.

DEFENDING THE SOUL OF HUMANITY

Sabbath commemorates the creation of the physical universe.  By testifying to the sanctity of physical space, the Sabbath inspirits human beings with the awareness of our capacity to transcend the limits imposed by the natural laws of motion and action.  Everything we encounter in the physical world presents either a resource for human advancement or a challenge to be met and overcome in the quest for spiritual refinement.

Circumcision symbolizes the sanctity of life.  We are only slaves to our impulses if we allow those impulses to control us.  All of us have the freedom to choose which masters we serve. By harnessing the baser instincts of our nature and channeling them for good, we demonstrate that human potential is virtually limitless and accept a lifelong mission of personal improvement.

The sanctification of the New Month testifies to the transcendence of time.  Every moment of life offers a new opportunity and new potential to free ourselves from the shackles of the past – from bad habits, corrosive attitudes, and poisonous history.  In any and every moment, we can redefine ourselves as spiritual beings unencumbered by whatever has defined us up until now.

These ideals unmasked the smug arrogance that lay beneath the superficial elegance of Greek philosophy.  The spiritual algorithm of Jewish transcendence had to be subverted, shut down, and stamped out.  Disrupting these three salient practices would dilute Jewish religious observance, turning it into an empty, pro forma collection of rituals as depreciated and insubstantial as Federal holidays have become to most Americans.

Such was the magnetism of Greek aestheticism that it found some adherents.  The rise of Jewish Hellenism offered a compromise movement that sought to retain the outer trappings of religious rituals while compromising the soul of meaning that resides within them.

But only a minority.  Most Jews risked their lives and their well-being to preserve the integrity of traditional practice in secret.  Antiochus responded by unleashing a second round of edicts cancelling the Jewish festivals and closing the ritual baths required for family purity.  Still not satisfied, he defiled the Temple with idols and outlawed the study of Torah itself.

If Antiochus could not seduce the Jews into supplanting their values with those of Greece, he would silence their voice of spiritual mission and crush out their spiritual aspirations.

ONE FLAME DISPELS MUCH DARKNESS

When all hope appeared lost, an aged priest and his five sons living in a backwater village stood their ground against the overwhelming might of the Greek army. In a spontaneous moment of improbable insurrection, they struck out with a fury and vengeance that earned them the name Maccabee – meaning hammer – so-called because of the swiftness and impact of their response.

Inventing the tactics of guerilla warfare, their leader – Judah – showed his countrymen that resistance was not futile.  His example sparked a rebellion that eventually drove the Greek soldiers out of Israel, reclaimed the capital of Jerusalem, and rekindled the lights of spiritual wisdom and moral freedom in the holy Temple.

The lesson of Chanukah is not that we must take up arms against ideological oppression; rather, we must arm ourselves with logic and reason, with information and articulation, to know and understand who we are and what we believe.  Knowledge is power, and wisdom is greater than warfare.

But wisdom is only possible when we are able to see ideas and issues from more than one side.  If we value truth, we must be willing to engage those who think differently from us, attempting to understand them before we endeavor to discredit them and shut them down.

By doing so, we save ourselves from falling victim to groupthink, to the enticing ideologies of entitlement and utopianism, to arrogance and complacency.  Only then can we fully commit ourselves to the hard, long battle to achieve intellectual integrity and kindle the lights of authentic moral wisdom.