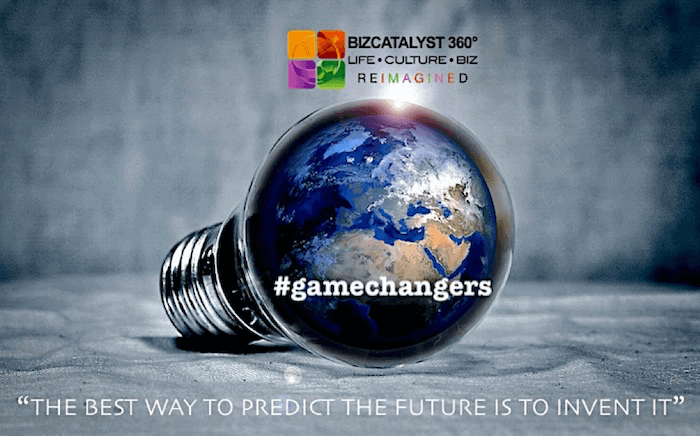 As Publisher and Editor-in-Chief of this global media platform, I was delighted to have the opportunity recently to meet Brian C. Hart, Executive Director of the Esselstyn Family Foundation, a public charity with the goal of reversing and preventing lifestyle-related diseases through the promotion of whole food, plant-based nutrition. Learn more about The Foundation as we did during our recent inspiring interview with Brian below ⤵︎

We’d like to hear about your professional journey leading to your ED role with the Foundation.

I am an experienced educator with over twenty-five years in the field as a teacher, administrator, and advocate for school change in both the public and private sectors. During a short stint as an educational consultant, I specialized in working with educators to 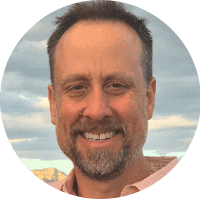 help them create immersive, hands-on, experiential programs designed to transform thinking and build problem-solving skills, which is my specialty. My background is diverse and non-traditional: I am a former Outward Bound instructor, wilderness EMT, plant-based chef, middle school principal, and carpenter. I have always been interested in human potential and our capacity for transformation, which is why I have spent 25 years as a committed, highly average ultra-endurance athlete with four Ironman finishes to my name, among other run, bike, and ski events. This included a 100-mile ultra-run and an 80-mile survival race in which I had to drag a 40 lb. sled in sub-zero temperatures. While this sounds masochistic, it was really a great opportunity to test limits and learn about myself. I graduated from Dickinson College with a BA in History and earned my M.Ed. in teaching and curriculum design from Ursuline College in Ohio. I also possess a Montessori Adolescent Endorsement and a Rouxbe plant-based chef certification. I come to the Executive Director position with EFF as a person who has spent 25 years in the plant-based movement and has spent his professional career sculpting transformative experiences for students of all ages, employing human-centered design strategies, and exploring what educational approaches optimize learning.

Tell us about the Foundation and the inspiration behind it.

We are a public charity with the goal of reversing and preventing lifestyle-related diseases through the promotion of whole food, plant-based nutrition.

We are a family that is committed, heart and soul, to changing the world through plant-based nutrition.

It all started twenty-three years ago. While chairman of the Cleveland Clinic’s Breast Cancer Task Force, general surgeon Dr. Caldwell Esselstyn grew disappointed in the way he and his colleagues were treating cancer and heart disease. Relying on pills and procedures 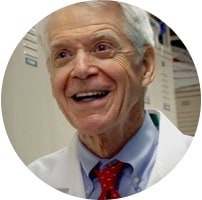 despite their side effects and risks, Dr. Esselstyn knew that he and his peers were doing “nothing to prevent disease in the next unsuspecting victim.” This was particularly frustrating given that research studies had already suggested an obvious culprit. The fat-laden Standard American Diet (SAD) was, in all likelihood, responsible for heart disease, Type 2 diabetes, and many western cancers, which are infrequently seen in parts of the world where much less fat and processed food is consumed. Fast-forward to 2019. Essy’s scientific publications on the benefits of plant-based eating and its role in disease reversal and prevention number over 150. His pioneering research is summarized in his best-selling Prevent and Reverse Heart Disease. In July 2014, his study of 200 patients confirmed an even larger group can be adherent to plant-based nutrition and achieve the same significant arrest and reversal of disease. He now directs the Cardiovascular Disease Prevention and Reversal Program at the Cleveland Clinic Wellness Institute. He and his wife, Ann Crile Esselstyn, M.Ed., have followed a plant-based diet for almost thirty years. They work together to counsel patients all over the globe.

Plant-Strong, The Seven Day Rescue, and The Engine 2 Cookbook, some of which spent time on the NY Times Bestseller list. As well, Jane Esselstyn RN, Ann and Essy’s daughter, created the recipes for many of these books. She is also a co-author of The Prevent and Reverse Heart Disease Cookbook and an active health educator. In addition, daughter-in-law Anne Bingham, MD (married to son Ted), daughter-in-law Jill Kolasinski (married to son Rip), and son-in-law Brian Hart, M.Ed. (married to daughter Jane) work within the plant-based movement.

EFF is being founded to both honor Ann and Essy’s work and to ensure that it continues for generations.

What’s unique about your nonprofit?

Though we ultimately seek to eradicate lifestyle-related diseases, our other equally important goal is to change the way plant-based nutrition programming is done. We will do so in three ways. First, our vision is to partner with other nonprofits and community-based organizations from the start. We want to build off of the work that is already being done in communities throughout the country instead of competing with them. Second, we will offer our programming to organizations regardless of their ability to pay. That’s right, our programming will, in most cases, be free of charge. Last, we will be actively employing Human-Centered Design methodology to ensure viability and long-term success. That is, we will conduct action research within our partnering communities in order to prototype real-world solutions and address the roadblocks that hinder the adoption of optimal nutritional practices. It is our belief that we must fully understand and address all the challenges people face in adopting a plant-based lifestyle in order to achieve success.

When do you expect to launch the Foundation and what’s been your biggest challenge?

Our 501c3 paperwork has been submitted. We are now awaiting approval for a full launch. This summer we will be building a founders’ circle of core donors who will help us get started. Our public launch will be in August at an event called Camp Plantstock in Black Mountain, North Carolina. It is an amazing event that pulls together the most compelling and forward-thinking minds in the plant-based movement for a weekend of education and community. We see it as a perfect place to come out to the world.

My biggest challenge thus far has been getting used to working solo. Having spent most of my career on teams, being the sole employee of a start-up non-profit has me working mostly alone from home. There are so many little decisions to make along the way about everything from donor software to logo to social media strategies. When you are the only one in the office, it can be really hard to trust yourself, especially when you do not have anyone with whom to think aloud and toss ideas around. My poor wife has to endure many long venting sessions at dinner as I try to problem solve the day to day issues that surface when starting from scratch.

Any noteworthy surprises or ‘A-ha’ Moments along the way?

My big “ah-ha’ moment as of late is that my gut can tell me a great deal. I am finding that it is quite easy to get pulled in different directions by great ideas from well-meaning folks who are more than willing to lend you their expertise when you tell them you are in start-up mode. I have found that I can truly feel it in my gut when an idea is good or when an idea is a distraction. The hard part is to trust that feeling and say “not now” right away. I am always open to different opinions and contradictory visions. I just have to learn to trust my instincts earlier in order to avoid getting dragged down a rabbit hole by an intriguing idea. For example, it was recently suggested to us that we needed to think bigger and on a global level about what we were trying to accomplish with EFF. This was so exciting to hear and felt so good to EFF’s collective ego. Yet, in the end, we knew our current institutional capacity was to deliver meaningful and compelling programming at the local level. Someday we may go big, but for now, we need to stick to what we do best.

Shift Will Happen – Because Your Voice Matters