Change is Possible if You Embrace It and Learn

I feel moved to share something about my past relationship with a man I “dated” on and off for seven years in the mid-1990s and, subsequently, spent 30 years hating him because of how our relationship ended.

Although he tried to stay in touch with me after we ended, I refused any communication because I harbored intense anger toward him all those decades since. Every time I thought about him, I felt rage.

And then, like many of us have, we reconnected on Facebook about six years ago. He had reached out to me, and by then, I was a little curious about what had happened to him.

At first, I was still hostile and angry toward him. But I discovered it seemed that he had changed. But I was skeptical, very skeptical.

But then I thought about how much I had changed.

Was it really possible that someone could change enough to now be a good friend? I questioned silently. I decided to give him a chance.

As I got to know his new self, it turned out he had evolved and grown. Now, we are close friends, and I can talk to him about pretty much everything. He sometimes, amazingly, gives me wise advice.

And when I hear someone say people do not change, I do not agree.

I’ve seen people in my life evolve and change.

I’ve also witnessed people I’ve known for 66 years be exactly who they were 66 years ago, not for good.

Change is possible if we want it. We don’t have to stay stuck in the same old cycles and patterns. We can transform and become new…once we understand who we are and what is required to grow and want to do so.

We can transform if we choose. We can become a better human. We can evolve beyond who we once were. 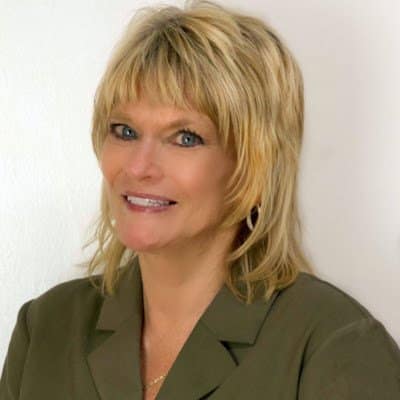 Debra Holzhttps://www.debraholz.com/
Debra Holz is passionate about writing~by age 9, she knew she would be a writer when she grew up. As a child, she wrote elaborate stories, or books as she called them, on scraps of paper woven together with colorful yarn. Debra’s professional career began at 19 when she landed a job with a public relations firm in Century City, California, where she wrote press releases and nationally published feature articles for celebrities. During that time, she earned a bachelor's degree in English education and later studied journalism in graduate school. After college, she was employed by major advertising agencies as a senior copywriter and creative director. An entrepreneur at heart, in 1985 she opened a highly successful advertising company that specialized in direct response marketing. In addition, as a freelance journalist, she has contributed news and feature articles to several major metropolitan newspapers, most notably the Boston Globe and Pittsburgh Post-Gazette. With decades in her profession, Debra has superior writing skills and enhances them with a unique, intuitive ability to “listen” between the lines of clients’ goals, creating compelling, credibility-building, meticulous content that educates and influences. Debra recently completed her first book titled Out of the Darkness: Aligning Science and Spirit to Overcome Depression and plans to launch it in early December. It describes how she integrated neuroplasticity and gained a basic understanding of quantum physics and the truth about religions. With her new knowledge, she developed brain-rewiring methods that cured her lifelong struggle with depression. Her book shares precisely how she did this with the hope of helping other depression sufferers. Debra, who grew up in southern California, currently lives in Pittsburgh, Pennsylvania. She loves spending time with her husband, adult children, and four grandchildren and hiking the trails of western Pennsylvania.

Out of the Darkness