Blanketing The Bay And Beyond 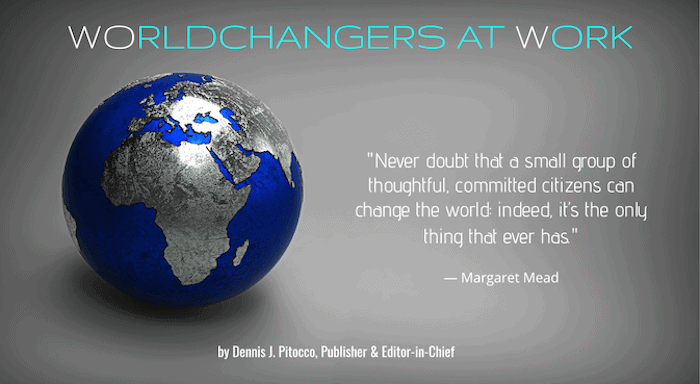 Warmth, Comfort And A Barrier

dirt, shelter from the elements, even a sense of security and peace. At any time, any one of us could be living on the streets. All it takes is one life-changing event to leave someone homeless, cold, and feeling alone. In those moments, kindness and basic resources can be what brings hope, shelter, and an opportunity for better circumstances. And that’s where the Blanket Tampa Bay story begins … Each and every year, Blanket Tampa Bay gives out more than 5,000 blankets and thousands of hygiene items across the Tampa Bay community, involving people of every age, interest, and need.

As Publisher and Editor-in-Chief this global multimedia platform and Chief Encouragement Officer of GoodWorks 360°, I was delighted to have the opportunity to sit down with Beth Ross, Founder & Executive Director of Blanket Tampa Bay to learn more about her amazing mission.

We’d like to hear about your professional journey before launching Blanket Tampa Bay.

Before I started Blanket Tampa Bay I was in outside sales for a staffing company. I have been in sales all my life and love it. I worked for the Estee Lauder Company as a Business Manager, Sold Advertising for the Tampa Tribune (before it was sold), and years earlier did Visual Merchandising for Dept. Stores.

Tell us about the Blanket Tampa Bay and the inspiration behind it. 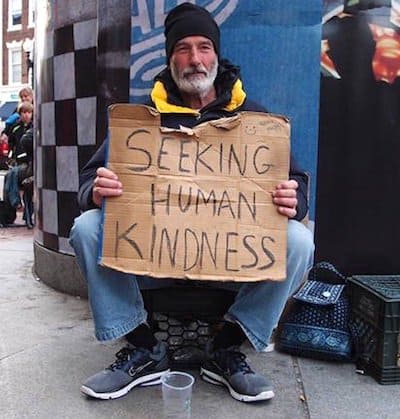 We started with $100 – The church my husband and I attended was given a very large donation. So, the elders decided to give every family $100 dollars and said, “Go do something good with this money and we will get back together in January to see how everyone used the money”. This was in the fall several years ago when it was very cold. I told my husband I wanted to buy blankets for the homeless (because I hate being cold) so I went home and created the Facebook page I have today and asked for 300 blankets. I did that because I told the Director of Trinity Café I would get her 300 blankets and we could pass them out every Christmas for the homeless that come there to eat. Because they feed about 285 people every day and I thought it would be nice for everyone to get a gift.

I received blankets from Georgia, Wisconsin, Arizona, Alabama and in the end, we had 308 blankets!

The next year we decided to pass out blankets again at Trinity, so we did another blanket drive. That year we received over 800! That’s when I decided to become a 501c3. I told my CPA and he said it would take a few months to get the certification, I received the paperwork from the IRS within 2 weeks!

The one thing I learned from passing out blankets to the homeless is that they never get to choose anything for themselves, they always have to take what is given to them. So, if they want a special colored blanket or design I stop the line and they choose!

When did you launch and what’s been your biggest challenge?

The biggest challenge has been fundraising. I would love to have a person or a company who could sponsor us for everything we purchase each week because as soon as a donation comes in it goes out again to buy hygiene products each week. So, it’s a vicious circle.

How has it grown or changed over time?

Blanket Tampa Bay has grown from just passing out blankets to passing out every type of hygiene product. We have been blessed because Bombas Socks donates socks to us as well as a company called Clean the World out of Orlando Florida. They provide us with soap and shampoo. I asked a homeless friend of mine to tell me what type of products do the homeless need? He gave me a list and that’s what I pass out on Monday nights as we serve.

My everyday role is sending out emails, picking up donations, calling folks or meeting with people for Blanket Tampa Bay, and then my daytime job in sales for a staffing company, finding people work.

What’s been your biggest challenge?

My biggest challenge has been time. For years I have always felt like I didn’t have enough time to do everything I needed to do. Not in a way where it comes to time management, but that I will run out of time for everything. So, if I had to choose between working on this passion of mine with the homeless and my daytime job, I would choose the homeless.

Any noteworthy surprises or ‘A-ha’ Moments?

I found Charles alone on a bus bench 2 years ago after seeing him there 2 days in a row and giving him blankets, water, and snacks. I pulled into the parking lot behind him and

watched as people got off the bus in front of him. People wouldn’t even make eye contact with him because he was a “bum”. I called a friend of mine who works with the Homeless in TPD Office (Dan McDonald) who came and “Baker acted” Charles to St. Joseph Hospital, where they found out he had a broken hip and Renal failure. Charles had been staying on that bench for four days. Charles had surgery to repair his hip and fix his kidneys. He spent several weeks in the hospital and then was sent to a rehab facility. While he was there, they found out he had been an employee of Pinellas County Schools for over 30 years and had a pension. His Social Security was filed for and now Charles is living on his own in his own apartment now.

The Dr. said if I had not found him when I did he would have died on the bench.

When I visited Charles in the Rehab facility, I asked him what was his story, why was he homeless? He said he was married, and his wife owned a home and her daughter was also on the mortgage. When the wife died, her daughter kicked him out. You never know a person’s story… If Charles had been an injured animal, I’m sure someone would have taken him in.  Everyone has a story to tell, so don’t judge a book by its cover.

Well, I think the biggest success story is that we are still here and growing. I have volunteers that come out to help us every Monday night and more always wanting to come help. Because there are always people that just need a little help.

What’s next /on the horizon?

An Urban Rest Stop is a building where the homeless can go take a shower, wash their clothes and use the restroom without disturbing local businesses.

The Tampa Urban Rest Stop idea came about due to a call from the New York Yankees. The person on the other end of the call identified himself as Tim Guidry and said that Ms. Jenny Steinbrenner Swindal wanted to meet with me. I met with Ms. Swindal and 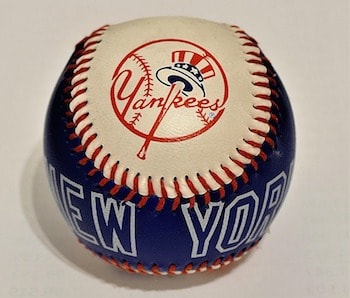 Mr. Guidry and Jenny went on to say that she had been on my Facebook page and website and that they have a tradition in New York of hosting what is called Hope Week, where 5 different charities are honored each day for a week. Ms.  Swindal said that they have never done this in Tampa and they wanted to do it for the first time and had chosen Blanket Tampa Bay! The Yankees sent a video team out to take a video of what we do on Monday nights at St. Peter Claver Church while we pass out blankets, hygiene products and help feed about 160 homeless people.

Then I was invited to a spring training game along with my volunteers and while we were there they showed the video on the big screen, I got to throw out the first pitch and was given a check for $10,000!

How can our global audience learn more about and support Blanket Tampa Bay?

In my role as CEO of GoodWorks 360°, we come upon extraordinary nonprofits every day around the world whose mission and message grabs your heart and inspires you to step up, reach out and help them positively change their corner of the universe. Which is why it has been our pleasure to use the tools we’re blessed with to bring Blanket Tampa Bay into the limelight. By word and deed on a daily basis, Beth and amazing team bring truth to the storied words of Margaret Meade;

Never doubt that a small group of thoughtful, committed, citizens can change the world. Indeed, it is the only thing that ever has.

When We Act From a Space of Love, We Unleash Our...