Careers in Cryptocurrency for Finance Professionals

Although it is still a relatively new concept to many, cryptocurrency is not something that’s just recently popped up. Bitcoin, the first cryptocurrency, was “born” in October 2008. That is when Satoshi Nakamoto published a paper describing how the bitcoin blockchain network would work. For a decade, people began using bitcoin to purchase things on the internet and, eventually, other cryptocurrencies started to emerge on the market.

Then, in January 2018, bitcoin blew up and thousands of people made millions seemingly overnight, significantly changing the world of investing and finance, coming with the usual pros and cons of any new industry development. In addition to changing the way people are thinking about money, it has also opened a whole new world of career options for finance professionals.

Professionals in the finance field have already begun to see changes in their day-to-day business. As blockchain becomes more widely accepted, bitcoin accounting jobs and other cryptocurrency-focused careers will begin to trend upwards.

Because of this, there is a huge desire for tech-savvy individuals with knowledge about cryptocurrency. Most people don’t know there is a difference between bitcoin and blockchain or how crypto may change finance altogether. Bitcoin, in summation, is an online currency that can be used to perform various types of transactions.

Blockchain, on the other hand, is one of the technologies used on the bitcoin network. It helps keep track of the transactions made within the network and keeps them updated in real-time. It was developed to make bitcoin more reliable.

All of this has led to changes in how people are handling business as well as the types of finance careers available. Cryptocurrency is changing the way people are performing business transactions, tracking their money, and analyzing monetary data.

For many businesses, finding a low-risk way to perform everyday transactions is important for the convenience and security of consumers. That has slowly been moving from debit cards to PayPal and Apple Pay to digital wallets containing cryptocurrency. Because of this, companies need a whole new group of finance professionals educated in cryptocurrency to build apps, design blockchain, and provide financial insight into bitcoin.

If you are interested in getting a job dealing with cryptocurrency, startups, tech firms, and governments are all searching for individuals ahead of the crypto curve to fill various roles. Below are a few options for someone looking for a career in cryptocurrency may consider.

There’s an app for just about everything these days. App developers have created apps to manage your bank accounts, track spending, and even create a budget. As currency changes, the ways developers have to design applications must change as well. For instance, when PayPal began to allow bitcoin and cryptocurrencies to be used, app developers had to change the way the digital wallet worked.

Developing apps that can work with bitcoin and other cryptocurrency payments will be crucial for many companies moving forward. Because of this, many businesses are searching for individuals who understand bitcoin to help develop apps that can work within the bitcoin network. This opens a world of options for software and app engineers interested in developing finance technology and applications. Eligible individuals would have a background in developing apps and a general knowledge of cryptocurrency.

Another potential career within the cryptocurrency world is as a blockchain developer. Many of the Fortune 500 companies like IBM and Accenture are looking for developers to help them track cryptocurrency transactions and assist in integrating cryptocurrency into their companies.

As explained above, blockchain helps track transactions within the bitcoin network but it is not the only way transactions can be tracked. Developers design the network architecture and protocols within the blockchain. To do this, you’ll need extensive knowledge of cryptography and data structures. If you have the knowledge, blockchain developers are in pretty high demand. For every five blockchain developer jobs on the market, there is only one developer available.

These individuals need to have a thorough knowledge of cryptocurrency and everything it involves, including algorithms, token standards, coding, taxonomies, artificial intelligence, and various other protocols. Becoming a blockchain scientist is a huge step. It is a highly involved career that has a high-paying salary. However, as mentioned, you’ll need deep knowledge of everything crypto.

Data analysts are used in the finance field in multiple ways. Individuals who specialize in data analysis can look at financial information and pull out anomalies that the company (or individual) needs to be aware of. For instance, if someone made a purchase and was charged twice or a company has money disappearing from seemingly nowhere, a data analyst can help them figure out where.

With traditional currency, analysts just needed access to statements. In cryptocurrency, they interpret and analyze data from the blockchain. Pursuing a career as a data analyst in cryptocurrency would involve developing databases to provide efficient and accurate statistics. Individuals interested in this type of position would also need to identify trends within data sets. You don’t necessarily need to know anything about cryptocurrency to get a job as a data analyst, but you will need to have knowledge of data models and potential technical issues.

As more people become interested in bitcoin and cryptocurrency, the need for financial consulting regarding the currency will rise. Because of the way bitcoin and blockchain work, record keeping is changing. The requirements of businesses and individuals using crypto will be different than when they were solely using traditional currencies. Companies such as Apple, Microsoft, and Google are all interested in getting involved with cryptocurrency so they don’t fall behind, but they want to be sure they’re also aware of the risks.

As a consultant, you would be able to help companies investigate the security of different cryptocurrencies and how it may impact their accounting. To become a blockchain consultant, you will need to be educated on tax regulations and other rules regarding crypto to provide good information to your clients.

These are just a few of the many career options that will arise as a result of the bitcoin explosion. In the future, there is no telling how many new, interesting jobs will be added to the market because of cryptocurrency. For finance professionals, the opportunities are just beginning. 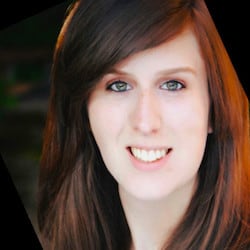 Brooke Faulkner
Brooke Faulkner is a mom, writer, and entrepreneur in the Pacific Northwest. She loves all things literary, doggish, and plant-based. Of those, words are her favorite. You can find more of her work on Twitter @faulknercreek.

How To Pick The Right Venue For Your Next Company Event

What To Do If Your Business Is Damaged Or Destroyed By...