Career Irony – Why I Never Cared About Corporate Values While in college in the early eighties, I decided I wanted to be a secondary education teacher. I added the necessary course work and continued down that path. One of the requirements was to attend and observe a class in one of the local schools. After doing so, I promptly dropped Education. That following spring I limped my way out of Lycoming College with a BA in Sociology.

Next, I did what any recent college grad with an obscure major would do; I worked as a laborer for the summer and in the fall headed off to Europe to travel with friends. Armed with our Eurail passes and backpacks, we moved from country to country over the next few months. We had delayed the inevitable job hunt until the holidays arrived.

I was fortunate that my friend whom I traveled with landed a job in Human Resources at Chase Manhattan Bank. The bank was looking for entry level recruiters. I applied and landed the $19,000 per year job with two weeks vacation. My thinking at the time: “Wow! Whoever thought I would work for a bank on Wall Street in New York City?”

A few weeks later I discovered that my friend, who had the same job as me, was making $19,500! He was making more than me, and we had the exact same position and level of experience: Zero! Over time, he explained to me the reason he made more money than I did was because he went to Catholic University, and I went to Lycoming College. It wasn’t an issue for us. But it was the premium the head of the department put on his choice of university back in 1984. The $500 difference became my first step into what I would learn was the bullshit people believed differentiated us in the workforce. Where you attended school, your specific major and the number of degrees earned would turn out to be the biggest hoax for career success.

In short, from an education standpoint, I went to an ok school and did ok. That said, I have competed with and won against any number of elite business school types. Over the years many of these men and women would report to me.

I have quit, been fired and retired. After voluntarily leaving the workforce many times, I have found and succeeded at bigger jobs.

I have had a long and fruitful career in financial services technology despite never taking a business class and only one technology course.

Perhaps the most blatant irony in my career is that I have spent the last twenty years managing, marketing and selling accounting systems – while never having the skills needed to prepare my personal taxes… Go figure…

Thinking back on it, here is what I did do which made all the difference in my career:

♦ Stopped caring what others thought of me and my career decisions. I just went for it. I did what I wanted to do.

♦ I had and have a genuine and supportive partner in my wife, Susan.

♦ Read everything that interested me. Mainly business, marketing, and personal challenge stories.

♦ I worked hard. Never a face time guy for 30 years (I rarely have spent more than 40 hours in the office) my mind constantly is thinking about my work and always has.

♦ I have been fortunate to surround myself with A-players.  I also actively engage with a network of A-players whom I hope to work with in the future.

My intent with this article was not meant to celebrate my career but to highlight one key point. If this man who never aced school or took a formal course related to his career could choose to be successful, so can you!

Ironically in retirement, I plan to teach and lecture. I guess that one hour class I attended as an observer had some impact on me after all. 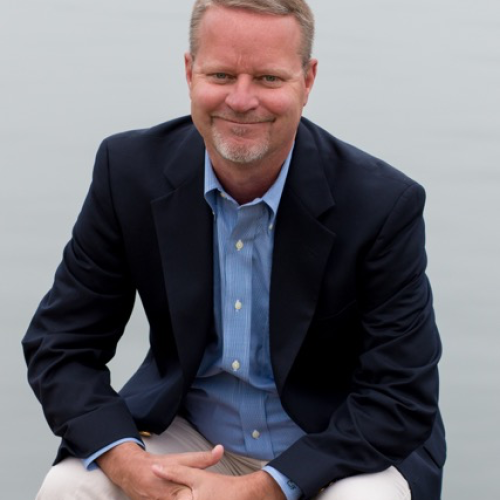 Christian J. Farberhttps://christianjfarber.com/
CHRISTIAN J. Farber and wife Susan live in Tinton Falls, NJ. Their home is near the shore where they spend a lot of time at the beach with their three boys. Chris is a featured and contributing author on many social media platforms. These include The Huffington Post, Good Men Project and LinkedIn. Chris has had a long career in Marketing and Sales. He is a visionary thinker on business development. Chris has a reputation for building high-performing marketing and sales teams. His unique management style focuses on allowing people to perform without pressure or interference. Chris led many successful teams and performed transformation work at State Street Bank. Further, he has had success at start-up companies like Albridge Solutions. At Albridge, Chris was an early employee and helped lead the company’s dramatic growth. Albridge, acquired by PNC Bank in 2008 for more than $300 million, is now a unit of The Bank of New York.

Want To Rely On The Big Deal? Fugettaboutit!

Why Selling Enterprise Technology On Value Requires A Solid Reputation