Can the Conscience of Humanity be Shaken?

Strange is our situation here upon earth. Each of us comes for a short visit, not knowing why, yet sometimes seeming to divine a purpose. From the standpoint of daily life, however, there is one thing we do know that man is here for the sake of other men.

“War denies all fundamental human rights, peace guarantees them and makes respect for them possible by offering the opportunity for men to express themselves and behave freely. No linguistic acrobatics can transform an instrument in the service of death into an operation of peace and life.” – Aldo Delli Paoli

Words that become “linguistic acrobatics” when not acted against

Silence in the face of evil is itself evil: God will not hold us guiltless. Not to speak is to speak. Not to act is to act.

How noteworthy that this man saw what so many others seemed to not see. Even though the EVIL was being carried out .. right before their eyes.

Most of us get up each day without hearing air raid sirens
Without seeing our communities laid to ruble. ASHES.

While in Ukraine: day after hellish day is WAR
Millions of lives in chaos .. everything SHAKEN
Missiles are no respecter of places or persons
Women & children .. grandparents .. the aged
Become soldiers in an army they never joined
Become targets for bombs strategically aimed
Bombs are not like people. They never tell LIES
They KILL with absolute equity .. everyone DIES

I am also praying that this war will shake the conscience of humanity and the theology of the church.

How unfortunate to be living in lands

Puppet Presidents command
Puppet troops to burn the land
Puppet fire not puppet flames
Feed on all the puppet games
Puppet lovers .. love their bliss
Can turn away .. from all of this
Puppet leaders shake their heads”

They wring their hands .. the suffering fled
The atrocities are seen and children are dead
All peoples & nations should such puppets dread

War seems to me a mean, contemptible thing: I would rather be hacked in pieces than take part in such an abominable business. And yet so high, in spite of everything, is my opinion of the human race that I believe this bogey would have disappeared long ago, had the sound sense of the nation’s not been systematically corrupted by greed, commercial and political interests acting through the schools and the press.

The sun comes up every day .. but
How many people see the LIGHT?
Have they forgotten what is right?
They observe the suffering & plight
Do they close their eyes to this sight?

I leave you with a question ..

When is the right time to stand up to EVIL?

Lord you love those who love what is right
Please help them to “fight the good fight”
Hem them in with holy angles on every side
Behind .. before .. above .. to turn the tide

Billy Graham once said, “We can change the course of events if we go to our knees in believing prayer.”

“We believe in the victory, of life over death .. No matter how fierce the battles are, there is no chance for death to defeat life. Everyone knows that. Every Christian knows that.” – President Volodymyr Zelenskyy in a daily video message to the Ukraine people.

Please pray for the people of Ukraine 🙏 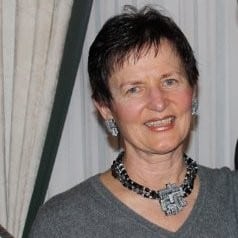 Fay Vietmeierhttps://spillwords.com/author/faymarmalich-vietmeier/
Writers note: “As a writer, I try to listen to what others aren’t saying and write about the silence.” - N.R Hart ...  I’m a “heart-to-heart” communicator. I did not learn this quality in any school .. though think it should be taught. It would transform the world. Mine was discovered during a decade in the desert: a wilderness experience ... “The Lord closed the door” ... I wonder if destiny is forged in moments? There came a moment... I believed. In my heart, a “good deposit” was received. For years I have been following Jesus Christ .. my life is being transformed. The greatest catalyst to abundant life personally & professionally .. is spiritual rebirth. A supernatural transaction: spirit to Spirit. Supernatural LOVE produces supernatural outcomes. Gifts of wisdom ... Creativity ... patient endurance. Eternal life. A career note: After investing 18 years in the world-of-work as a Branch & Region Manager in the staffing industry ... I then worked as a consultant for 10 years .. which eventually led me to the energy industry ... Which led me to establish Aletheia Energy LLC. My heart is toward helping people & sharing knowledge. I am an advocate for my clients. ... I collaborate with commercial business owners to reduce energy costs & assist with energy procurement. My guiding principle in life & work is TRUTH which is why I choose the name “Aletheia” (Greek for “Truth”). “In His Light” .. is my compass & well-spring .. here I search for the right words. My mom wrote poetry so perhaps there is a gene that gets handed down. As I seek to know Him more: I petition God for words: that give LIFE.  Presently, my blog is found HERE.

The Trouble With Man