by THE GREATER GOOD SCIENCE CENTER 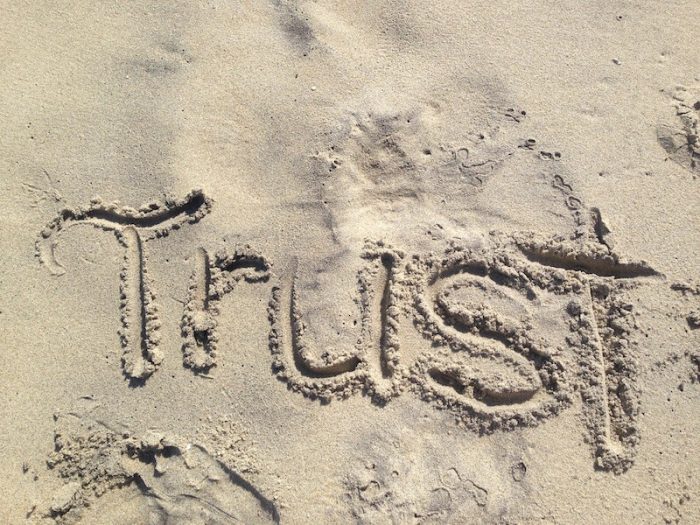 According to a new study, a week of gratitude journaling can help to make us more trusting of people we don’t know.

Research suggests that Americans have become less trusting over the past few decades. That’s a problem: Trust has numerous benefits for individuals and societies, such as healthier relationships, lower crime, and even a better economy. So how can we reverse this trend?

A new study suggests one potential way: by increasing feelings of gratitude. In the study, published recently in the journal Personality and Individual Differences, researchers found that people who had consciously counted their blessings for just a week were more likely to trust others.

“Raising our ability to appreciate how other people are beneficial in our lives has a downstream consequence of changing the way we relate to strangers,” says Todd Kashdan, professor of psychology at George Mason University and a co-author of the study.

In addition to measuring how much money participants gave to their partner, the researchers measured participants’ blood pressure and breathing rate during the interaction to see if there were any physical effects. They found that participants who had written about gratitude had higher systolic blood pressure, both while they were deciding how much money to send and when they were waiting to learn how much money their partner had returned to them. Participants in the gratitude group also had faster breathing while waiting for the money to be returned to them and immediately after the money was returned.

Learn How to Inspire Gratitude at Work

Gratitude makes us happier and more productive. Why aren’t more organizations adding it to their strategic plans? Attend the Greater Good Science Center’s Nov. 17 event to find out how you can incorporate more gratitude into your workplace.[/message]

[su_spacer]You might think that higher blood pressure and faster breathing are signs of stress. But according to the researchers, they could instead indicate that participants in the gratitude group felt more engaged in the task, or perhaps more enthusiastic about the task because they expected their generosity to be repaid.[su_spacer]

This new study builds on prior research showing that gratitude can make us more willing to behave in kind and helpful ways. In one study, for example, participants who felt grateful to someone for helping them were subsequently willing to spend more time helping someone else. Another study showed that a gratitude writing activity increased people’s willingness to trust others immediately afterward. This latest study suggests that the effects of gratitude on trust persist even longer after the activity has ended.

According to Kashdan, this research highlights the powerful effects that gratitude activities can have. “It seems unfathomable that such small interventions could have such broad effects,” he says, but past research bears out the wide-ranging benefits of gratitude.

His advice? “Seriously consider including gratitude interventions in your life.” Even brief and simple gratitude practices may be able to help increase trust in society, at a time when it’s sorely needed.