Can Aloneness Be a Superpower?

Did you know that 28% of American adults live alone?  In Germany, it’s nearly 42%. Do positive images come to mind when you picture people living alone?  Probably not.

Let’s reinvent aloneness as a super power fueling us to connect and help others.

Here’s a story of leveraging aloneness as a force for good.

Having lived in seven states, I’m skilled at networking and making new friends.  At least it seemed that way until I moved to Minnesota in 2007.  The Twin Cities had social circles set in concrete.  Transplants from other places had a saying: “Minnesotans will give you directions to anywhere but their own homes.”  I realize now that ten long winters of hibernating alone inside were quarantine boot camp!

My plan was to find Mr. Right and live happily ever on one of Minnesota’s 10,000 lakes.  I envisioned Henry Fonda and Katherine Hepburn in “On Golden Pond.”  Instead, I lived alone on a lake across from a bowling alley in a suburb called Little Canada!

When life doesn’t go according to Plan A, you go to Plan B.  To connect people in ways that matter, I launched Plan B Connections.  For the past ten years, I have hosted meaningful conversations and volunteer events to promote social wellness.  My TEDx talk “Living Alone, Living Connected” below highlights my community-building efforts.

My dream is for all of us feeling alone through pandemic quarantine to find meaningful connections through helping others, whether it’s writing thoughtful cards to residents in a nursing home, being an active listener on a crisis hotline, making a meal to leave on a neighbor’s doorstep, or calling a friend who may be feeling lonely.

Let’s find the silver lining in the pandemic clouds.  We can leverage aloneness as a force for good to forge stronger social connections during quarantine and beyond.   Start by asking, “How can I help?” 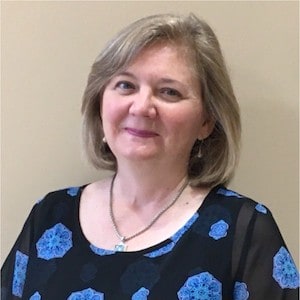 Lisa Cookhttp://www.planbconnections.com/index.html
Lisa Cook is a connector at heart. Living in seven states, she has built new personal and professional networks throughout her career. In 2007, she moved to Minnesota, a uniquely challenging place to make friends. Long winter months alone hibernating inside like a bear made it a very solitary time. Her deep dive into books to alleviate loneliness revealed a growing nationwide problem with no easy answers. Fast forward to 2020 and pandemic quarantines – increasing loneliness and a social recession are all over the news. There are still no easy answers. In 2010, Lisa launched Plan B Connections to link individuals - especially those living alone – through meaningful conversations and volunteerism. Her TEDx talk, “Living Alone, Living Connected,” highlights her efforts to build community in Minnesota. Additionally, her venture was featured in the book How We Live Now by Dr. Bella DePaulo. Lisa has a law degree and a master’s degree in education. A “Jill of many trades,” she has practiced law with the Federal government, launched an innovative online career center serving 50,000 students worldwide, delivered stress management training to government employees impacted by 9/11, and earned a Courage Coin working for the Red Cross on long-term hurricane recovery efforts. Nicknamed “Mother Terlisa” by a friend, Lisa continuously seeks to connect people in meaningful ways. She currently hosts virtual Plan B Connections conversations for individuals coast to coast via Zoom. Her vision is for individuals living alone to feel supported by a community of friends for a friendly ear and a helping hand.