Butts Stay When They Belong –Not for a Sense

Let me offer you a real, functional, and very particular definition for belonging that allows you to qualitatively measure it.

That’s a big difference from Cornell University’s definition of “a sense of belonging” and belonging. And, there’s an irony in Cornell’s definition. Businesses provide an environment where employees get to feel “a sense of acceptance, inclusion, and identity” and then are expected to “bring their authentic (real) self to work.” WTF!

In actual belonging, you get real acceptance, and inclusion, and get to be really you (identity).

Consider Navy SEALs. As individuals go, they perform at higher optimal levels than most. Many talk about the willpower that a Navy seal has. But it’s actually the “We’ll-Power” in their Us Story that’s behind the willpower that pushes resilience and performance to even higher optimal levels. And they commit to it, to each other, person-to-person in a bidirectional reinforcing. They do for each other, their families, their country (our country), and our allies.

But it’s actually the “We’ll-Power” in their Us Story that’s behind the willpower that pushes resilience and performance to even higher optimal levels.

The more belonging they practice, the more oxytocin and serotonin they have, which makes belonging more natural and easier on their team.

The context is always for each other. As a result of their (belonging) practices, they’re always generating the love and confidence chemicals of oxytocin and serotonin, even in the most difficult of situations. They’ve done this so often, that it’s woven into the ways they belong as they get shit done. It’s habit, unconscious. When everything goes sideways, they still have their oxytocin and serotonin levels in play. That means they always have a resiliency that’s motivated by their love for each other. You can think of their practice and producing oxytocin and serotonin as their Belonging “OS” (Team OS) for deep, resilient, and optimal teamwork. The more belonging they practice, the more oxytocin and serotonin they have, which makes belonging more natural and easier on their team. When the shit hits the fan, their hearts and brains are simply more physiologically capable. Here’s a read that goes a little deeper on this topic, in context and setting up lead and lag measures for measuring: Get Navy SEAL, or Real Accountability.

What we practice is what we do under pressure. If you don’t practice belonging in your teams and in simulated difficulty, you won’t do it when it matters, because you won’t have a good supply of oxytocin and serotonin. So practice. To keep, or develop, your Team OS in your companies, you gotta practice behaviors that live out your shared and guiding values, and, develop an uncompromised team-first-ethos in service of your company or tribal purpose (your Why?). This builds your belonging We’ll-House.

Guess what happens when you belong and you know you have each other’s back? One hundred percent of your focus gets to go towards your performance. Think on that for a bit.

The simple path to turning your real belonging practices into habits

Your belonging practices turn into your cultural habits, the ways you belong. It starts intentional and conscious and becomes unconscious. Then you automagically respond how you want to in being and doing, in a given situation in context. And the easiest and fastest way to get in the habit, incorporate these 4 R’s as you create your practice to instill.

Relationships – your brain wants love & accountability, (oxytocin + endorphins + serotonin)
(Tell someone and get it out of your head, so it gets real, it’s part of the 2-way street)

Rewards – your brain must feel good for doing it (dopamine + serotonin)
(We consistently do what feels good, so, give yourself something to feel good about each time)

Recurrence – your brain must create well-used neuropathways
(The more your neural gears of a certain practice turn, the more grease they get)

You simply find ways to do these four R’s from your strengths, and you’ll get to those unconscious ways you do things (habits) in place faster, to bump you into sustainable high-performance.

A team that doesn’t belong, will never perform as well as one that does. A sense of belonging isn’t belonging. Real belonging takes practice, so it becomes habit, and we belong when it really matters and the pressure is on. We’re ready to give, in the face of danger. It’s really simple, we keep our butts right where they are, for and with whom we love and belong. And that includes when customers and your people belong also. Butts follow hearts. 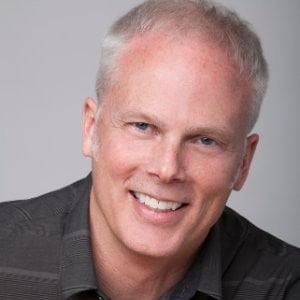 The Storm is Here: What You Leave to Your Children Depends...

Get Navy SEAL, or Real Accountability