Business & Personal Secrets from the Battlefield to the Board Room

As veterans, we know that people thrive in environments of mutual respect and appreciation. Good leaders ensure their people feel they are worth their time and interest.

As veterans, we face a number of life-altering events. For example:

Re-entering the civilian world can be as traumatic as entering the military. Everything we know and learned is different. The black and white military life is replaced by a hazy shade of grey on the outside. How will our military experience translate into this world?

Whether we want to admit it or not, the military taught us that we are all in the RELATIONSHIP BUSINESS. Most of our success or failure is based on the quality of our relationships.

As a Vietnam veteran whose military experience was a springboard to a long and successful business career, I want to give veterans the opportunity to share how the lessons learned during and after the military helped shape their business life. I’ll go first.

I joined the Air Force at age 19 for two significant reasons — my lottery number was 10, and I wanted more than to spend my life working in a steel plant. So, my choices were to get drafted into the Army for two years with a high probability of going to Vietnam or enlist for four years with a guaranteed job in the Air Force. I enlisted in the Air Force and was a military medic at the end of the Vietnam War. While I was not a combat medic, I did see many things a 19-year-old shouldn’t see.

What I learned in the Air Force was the springboard to a successful 35-year professional career. At 20 years old, as an E-4, I was put in charge of a pediatric clinic. We had 90 sick children a day. This type of job usually went to someone with a higher rank, but none were excited about dealing with 90 sick kids a day, so I took the job. Finding people who wanted to work in the clinic was a major challenge, so the hospital commander, Colonel Frank Zimmerman, told me he would set up a meeting with the Red Cross and ask for volunteers to work in the clinic. Working with volunteers is very different than working with military personnel. Volunteers don’t have to be there. They can decide not to show up. They don’t have to tell you why.

I had to develop a cohesive team that believed their role was essential to the success and health of these children and families.

So, at 20 years old, I had to learn to collaborate with people who were free to leave at any time. I had to be able to tell and show them why we do what we do in this clinic, how we are going to do it, what steps were needed, and how I was going to help and support them. I could not give orders or hold potential penalties over their head. I had to develop a cohesive team that believed their role was essential to the success and health of these children and families. We had to respect and trust each other to accomplish the mission. How did it work? In less than six months, we had a waiting list of volunteers.

These lessons served me well as I entered corporate America after finishing college. I worked in the high-tech section for a Fortune 50 company, which was trying to challenge IBM for computer supremacy. I was put in charge of a program to win multi-million-dollar contracts. The major stumbling block was my company only had equipment, not a solution. In order to compete, I went back to my pediatric experience. I had to identify and build relationships with application companies, database developers, network providers, and specialists in the industry to provide a solution. Often these people didn’t know each other, and the challenge was to show them how we had the ability to win and execute the deal by working together. The term we used was “Tiger Teams.” To identify potential opportunities, we had people in the field, who, for lack of a better term, we called “bird-dogs.” Their job was to identify an opportunity and “get the bird in the air” so we could bring in the Tiger Team to win the deal.

The military experience served me very well when I left the Fortune level companies and moved into a career of re-launching small and midsize tech companies that had reached a plateau, were declining, or needed to pivot. Organizations don’t fail overnight; they often decay from within over time. For many years I was a CEO or senior leader tasked with turning around failing or floundering organizations. Bold and aggressive decisions and actions are needed to change a toxic culture.

Even though the employees know the organization will fail unless major changes occur, the initial response is still negative. Whenever I came into an organization, the first thing I did was to meet with every employee. The meeting had two purposes. The first was to allow each person to tell me their version of “the good, the bad, and the ugly” within the organization and ask them what they would do to improve the situation. The typical reaction was usually a confused or shocked look paired with, “No one ever asked me that before.” “Well, you are being asked now. I want to know what you think will work.”

The second was to explain why things had to change and the process(es) we were going to follow to implement, monitor, and adjust to accomplish the needed changes. I wanted to ensure they felt their input was valued and understood how their role was important in changing the organization’s trajectory. I would also ask them, not tell them, to give the process a fair chance.

Many will say they are on board with the program but will just stand on the sidelines and wait for you to fail. They want to see how committed you are to the process. They will be watching what you say, what you do, and how you react to real-world situations. Are you really keeping people in the loop? Are you really open to suggestions? The more you stay on course with your process, the more you explain why you are doing what you are doing, the more you share and celebrate the “small victories,” the more people will start to move from “wait and see” to maybe this new program has a chance to succeed.

As veterans, we know that people thrive in environments of mutual respect and appreciation. Good leaders ensure their people feel they are worth their time and interest.

The military taught us two key elements — respect and trust. I recently read; respect is like air. As long as it is present, no one thinks about it. But if you take it away, it’s all people think about. The instant someone perceives disrespect; the interaction is no longer about the original purpose. It is now about defending dignity, and things will often spiral out of control. Getting to know people personally and professionally, praising them for things they do well, offering guidance, not criticism for things they don’t, and helping them achieve their goals go a long way in creating trust and loyalty. Trust takes time, particularly when you are changing the status quo. As veterans, we understand this far better than any freshly minted MBA. We lived it. It is what we are. Our ability to build and sustain relationships gives us a major advantage. 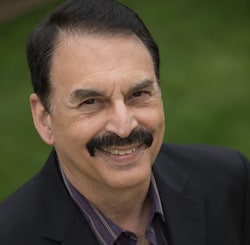