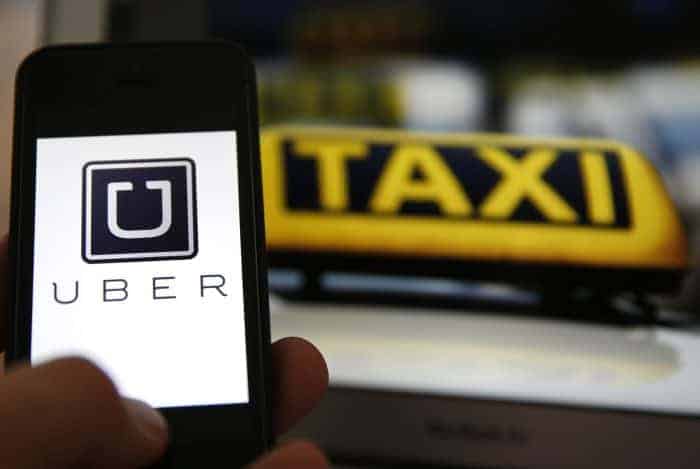 Uber has truly not had a good year. In fact, they have a track record of questionable business practices in general.

While the company is being chronicled as awful in almost too many ways to count, there are some lessons to learn from Uber’s long list of failures. This can be viewed as a model of “what not to do” for almost any business.

Make Safety of Customers a Priority

When it comes to something like a transportation service, the safety of both drivers and passengers must be a main concern. In the case of Uber, it’s clear that they’ve had some serious safety-related issues over the years.

For starters, many people have questioned the fundamental safety issue of Uber drivers using their smartphones while driving. We all know that texting is a major driver distraction, so what makes this type of smartphone usage acceptable?

Simply put, it’s not much different than texting and driving. This is what the process looks like from an Uber driver’s perspective:

Drivers should absolutely pull over to answer and solidify ride requests, which can’t feasibly happen until the harsh “15-second rules” are disposed of. Uber definitely needs to make some changes to their overall protocol. Just as people shouldn’t text and drive, they shouldn’t be glued to apps while driving.

In addition to this, many fear that the background check procedures for Uber drivers are far too relaxed. The multiple instances of assault (including sexual assault), kidnappings, registered felon drivers, and driver DUIs certainly back up this claim. The company has also had issues with educating their drivers, which causes a great deal of confusion for their employees and customers in instances such as Uber car crashes.

Employees need to feel safe at work, and customers need to be confident that there are zero safety concerns at hand. All of this transcends the transportation niche and is relevant to just about every form of business.

One of the biggest recent Uber scandals involves the company tracking the iPhones of rival Lyft drivers. They did so with special, sly software that’s only added fuel to their blunderous bonfire.

A report by The Information shed light on this issue, while also pointing out that Lyft’s software allowed Uber to secretly track Lyft drivers’ locations and availability. The software, literally called “Hell”, also let Uber discern who was simultaneously driving for both Lyft and Uber.

This gave Uber and unfair and illegal upper hand. Uber was able to figure out exactly when and where to station drivers, based on competitor insight they shouldn’t have had access to in the first place. As a result, Uber drivers could cater to their customer base better than their rival company.

Stealing information from your competitors is always a terrible idea—you’ll likely experience legal backlash and receive a plethora of negative press as an outcome.

If you’ve been a victim of Uber tracking your iPhone, you should take the following precautions:

You Are What You Are, So Don’t Play Dumb

Uber is undoubtedly a transportation app. However, this obvious fact hasn’t stopped them from making the claims that they are not a transport service. Uber has been splitting the hairs that define them by stating that they are a digital service or “independent contractor” that simply aligns drivers with passengers.

But several places in the world are not buying it.

Specifically, a legal battle in France showcased Uber’s manipulative mentality. Taxi drivers in the country see right through what’s going on. Uber is using shady tactics to dodge stricter rules set in motion for taxis and other ride services. They are doing this in an attempt to bypass licensing and safety rules.

While Uber has grown to be a dominating force in the transportation app niche, they’ve done so by creating legal loopholes around what defines them. But Uber won’t be able to get away with this forever. Their plethora of controversial declines is proof of this. The same goes for essentially all businesses—you are what you are, so don’t try to play dumb.

It’s also no surprise that in addition to the running total of Uber debacles, their culture itself seems to be problematic.

Uber has developed “asshole company culture”, to put it bluntly. Several articles have described their workplace culture as unrestrained and aggressive, as well as backstabbing and dismissive of racism, sexism, and sexual assault.It’s even been compared to an “Hobbesian environment” meaning “workers are pitted against one another and a blind eye is turned to infractions from top performers.”

Most people will agree that this all sounds about as uninviting and unprofessional as a company culture can get.

While Uber was a paramount transportation app because of its originality, they’ve relentlessly proven that a unique idea only gets a business so far. You can’t backstab and manipulate your way to the top — or at least you can’t forever.

The lessons learned through Uber’s many mistakes can be applied to basically all forms of business. If principals are modeled after a company such as Uber, it’s only a matter of time before success stories turn into blunders for the world to see.