As I reflect on my 35-year career in corporate communications at a major international health care company, I’m struck by the amount of time I spent trying to convince my company to back up its rhetoric with corresponding action. To me, the congruence of our words and deeds went to the heart of our integrity. It provided the underpinning of our credibility and was essential to winning the trust of the employees and external constituents whose support was necessary for our success. It’s not for nothing that they call the corporate communications officer the conscience of the company.

But we’d often fall in love with the words in our purpose and positioning statements and then balk when the time came to act on them. We need look no further than our own personal experience to know that actions speak louder than words, and that when balancing the weight of words versus actions, actions win out every time.

I believed that our proclamations of exemplary values, especially when committed to writing, promoted on posters and web pages and professed as core principles, needed to be vigilantly observed and rigorously reflected in our decisions, policies and behavior. After all, when you, yourself, set an exceptionally high bar – and do so publicly – then you, yourself, bear the responsibility for acting accordingly, and for accepting the heightened scrutiny that naturally comes with the territory.

Think of Gary Hart, whose promising 1988 presidential campaign and subsequent career were left in shambles when he famously challenged the press to “Follow me around” to investigate rumors of infidelities. They did, and caught him red-handed, entering a woman’s Washington apartment one evening and leaving the following morning. End of campaign, end of political career, end of story. 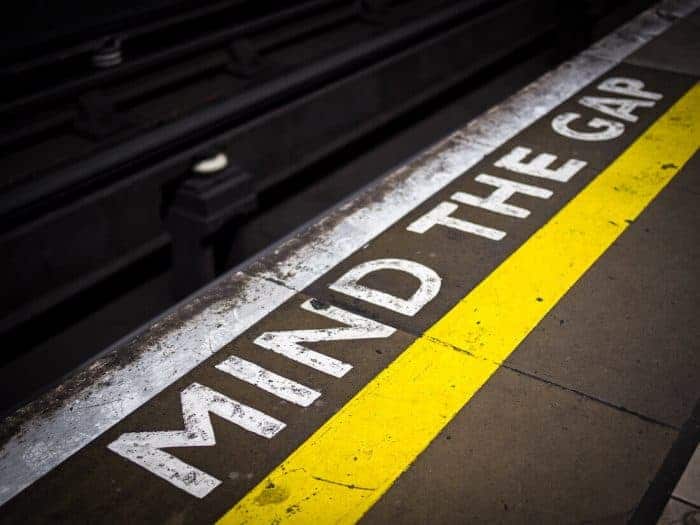 Sure, this is an exaggerated analogy. But the take-away message is the same: Mind the say-do gap!

That’s what I tried to do throughout my corporate communications career. And I have the battle scars to prove it. But I won a few notable victories along the way that I look back on with pride.

In the 1980s I advocated agreeing to a prominent animal rights activist’s request to come in for a visit to our labs and a face-to-face conversation about the progressive policies and practices we so proudly promoted in our press materials and position papers. No other company has agreed, I was told, so why should we? No common ground can be achieved, I was told, so it would be foolish to risk trying.

But there was one senior manager who supported me and wanted to substantiate our words about reducing the use of laboratory animals in research and devoting considerable resources to humane treatment and the search for alternatives. Thanks to him, the meeting took place and resulted in a constructive and lasting relationship of mutual respect. Moreover, the company gained recognition for leadership in humane laboratory animal care and treatment.

In the 1990s I advocated holding a town hall meeting in the heart of a community that had been exposed to tons of toxic chemical emissions one of our plants had accidentally spewed into the environment. I thought the neighbors deserved an explanation, and that our company’s self-professed standing as an impeccably responsible corporate citizen demanded it.

My management’s reactions were understandably skeptical and reserved, believing the approach was fraught with legal and public relations risks.

But because the head of the business area had confidence in me and believed it was right to come clean, we walked into the lion’s den and not only came out alive, but with some sympathetic neighbors supporting us for our candor and contrition. We continued to operate at the site and enjoy good relations with the community for years to come.

As the decade of the ’90s came to a close, I began hearing about companies that were offering employees in same-sex couples “domestic partner benefits” – such as access to health and prescription drug coverage and other spousal benefits available to married employees. So I inquired about my company’s policies and learned we didn’t offer these benefits, despite our rhetoric about being at the forefront of progressive HR policies and programs. It was a competitive matter, I was told, and our analyses had shown we were able to achieve our recruiting and retention goals without offering domestic partner benefits. No need for further discussion. Case closed.

But when a gay colleague told me that a friend of his at a competing company – one that also marketed a prominent AIDS drug – was able to obtain the medication for his HIV-positive partner through his company’s domestic partner benefits program, I went back for round two, and round three and four and five. In the end, it took nine months, but with the help and backing of the company’s still-under-the-radar gay and lesbian group, and a supportive HR head, the company initiated a domestic partner benefits policy. In the coming years, it would become a business matter, a competitive necessity in the era of “diversity and inclusion.” But at the time, it was simply the right thing to do.

Extremism in Defense of Credibility Is No Vice

I was often accused of being naïve, dogmatic and overzealous in my crusade to get my company to address its say-do gaps. But if there’s one thing I’ve learned in my career, it’s that qualities like patience, going with the consensus and calmly accepting longstanding norms are not a recipe for change in the corporate environment; if anything, they are a formula for mediocrity and stagnation.

Instead, I’ve preferred the more wishful but difficult path put forward by Robert F. Kennedy, who famously said: “There are those who look at things the way they are and ask why. I dream of things that never were, and ask why not?”

Maybe that’s a sign of the times I came of age in – the revolutionary ‘60s. Those times instilled me with motivations beyond the business case and emboldened me to enlist in a career’s worth of battles in pursuit of what I believed was right rather than just profitable.

I can only hope that the generations that follow in our profession will feel the responsibility to keep their companies honest, to point out say-do gaps when they see them and bear the bruises of speaking truth to power. It will surely get harder, but it’s the only way to make things better.

For Once, Then, Something