Editor’s Note: See Part 1 and 2 of this Series HERE

You still need to eat!

IN PART I set up the “feast or famine cycle” as an inhibitor to steady cash flow for freelancers.   In part two we discussed a number of low-cost, low-effort, digital media tools to help you stay in touch with your network and to grow your sphere of influence. This final post is about building face-to-face, personal relationships to help you close more deals.  This post is not about the art of networking which we all

understand to be a two way street.  Actually, this post is about working personal networking activities into your already busy schedule. So, what is with the subtitle, “You still need to eat?”

While you are on assignment you want to focus your networking activities on your current client. Get to know those people as well as you can to further understand their culture, their decision process, and hopefully more needs you can help them address. Get to know people across silos. Buy some coffee or lunches. Hopefully you will be included in after-hours cocktails to further strengthen your standing on their team. An athletic hobby like golf or tennis may prove to be useful as well. The point is to strengthen that relationship and ensure that your client knows the full range of your capabilities.

When I became proactively  involved in face-to-face networking I received some useful advice from the experienced networkers about the value of networking groups. The first piece of advice was to join no more than three groups.  More than three becomes unmanageable and unproductive. Over time, I have settled on one Industry Specific Group (franchising), One Job Category Group (CFOs), and the local chapter of my Alumni Association. It has taken me a bit of time to find the right formula, as it will for you, however, these groups are largely reinforcing while keeping me abreast of key developments in my target market. I suspect that I will continue to tweak the groups I join as my business evolves, but this combination makes sense as I continue to place CFOs into franchising companies. Prior to landing on this mix I had been a member of a Club that catered to Professionals. Most of the active networkers at that club operated retail businesses, B2C. Since my practice is not geared to retail, but B2B, the networking activities at this Club were not productive. I did learn the fine points of networking and made a lot of contacts, but ultimately I had to move on. You must find groups whose members are your target market.

Another group that I highly recommend is Toastmasters, especially early in one’s career. If you want to be a better closer, or take on any leadership position, public speaking is a fundamental requirement. Not only will you learn to become a confident speaker, you will be associated with other like-minded professionals from a broad industry base and level of seniority.

Something most networking groups and trade associations have learned is to hold their events over a meal period. After all, you have got to eat! It becomes much easier to commit to a meeting if it is around breakfast or lunch when you are already scheduled to take a break. Alumni events are generally held during off hours and geared to social settings, like game watch parties or possibly charitable outreach. If these groups are part of a National Organization you should make contact with chapters in other cities where you may be working.

In every one of these groups, your mission is to strengthen your network with more personal relationships. You will have opportunities to take leadership positions which will demonstrate many of your skills, especially organization, follow-through, and public speaking. You will also find times to speak to the group on topics within your area of expertise, further establishing your credentials. Put these group members on your team, working on your behalf!

You just never know where your assignments will come from, or when. I am often surprised by the networking connection that led to a particular assignment. The results can be so unpredictable.  Bottom line, you must be in the game, which means developing personal connections, in person!

Editor’s Note: This Article was originally featured on Innovative Employment Strategies and has been republished with permission. 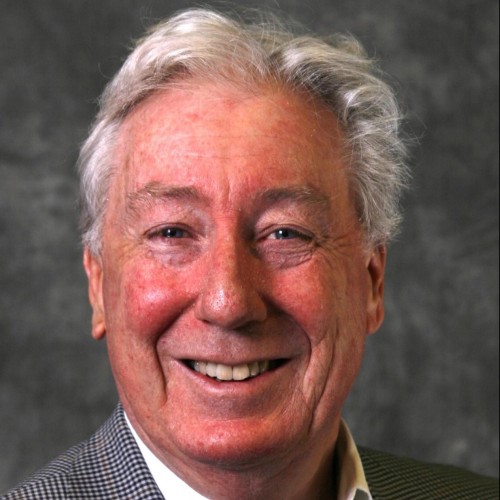 Jim Weberhttp://newcenturydynamics.com/
JIM brings 25 years of Fortune 500 General Management and 14 years of Executive Search experience to help you build your business. Prior to forming New Century Dynamics Executive Search in 1999, Jim spent 25 years with Fortune 500 companies in Specialty Food Retailing and Restaurants where he developed a broad-based portfolio of “hands-on” line and staff experience in growth and turnaround situations. A proven Executive with exceptional Leadership skills, Jim has a strong financial background and heavy operations experience in specialty retail stores, quick service restaurants, manufacturing and distribution.