Breaking Down F.E.A.R. – and Overcoming It

Today I’m going to talk about how to overcome fearful thoughts. Even in the best of us, fear can be something that is quite debilitating.

I personally know because I had a fear of flying early on in my life to the point where I had to take prescription medications.

I had a fear of drowning to the point where I didn’t even want to get into the deep end of the pool.

I overcame that fear of flying by learning how to fly an airplane and actually doing solo flights.

I overcame that fear of drowning by forcing myself to get into the pool, to get into open water, and now have successfully completed two half Ironman races. So, I have steps that can help overcome fear and, hopefully, these steps will serve you as well.

Now, when fear is described, it’s typically known as the acronym FEAR, false evidence appearing real, and that is a wonderful tool to describe the fear, but it somewhat falls short as far as giving you the tools to overcome fear itself. So I’m going to give you a new acronym that has served me very well, and, hopefully, it can do the same for you.

First, F is focus. You want to focus on the underlying reason why you decided to take the challenge, or the goal, or the outcome in the first place. A lot of the time, just the thought of approaching something can be more debilitating than the actual event itself. So you want to focus on the positive things.

Why did you choose that event, or to take on that task or challenge in the first place? If you have a why that is powerful.

Are you doing it for your family? For your friends? For your financial gain? For the community. If you have a why that is so positive, it can help you redirect that energy in a positive way, taking it away from the fear itself and then focusing on the actual angle, the outcome.

The E is envisioning. Envisioning or visualization is a very powerful tool, and with visualization, you want to see yourself actually having achieved the goal or the outcome, because your mind is going to believe as reality what you feed it.

Now, this is not the same as admitting defeat to the fear, I’m just simply saying that you should acknowledge it, and once you acknowledge it, then we’re going to do the steps to help conquer is, overcome that fear, which is the R, redirecting.

With redirection or the R, you want to take that power, that energy that fear has and redirecting it something that is more positive. For example, you can think of something as fearful, like, for me, I was fearful of swimming in the lake, and I redirected that fear of swimming into the lake into something that was humorous. I imagined myself in just a joyful situation.

So that is my definition of fear. Focus, envision, accept and redirect. And it’s going to take time. Nothing is going to happen overnight, but if you use these tools and these steps, you’re going to be well on your way towards overcoming fear and becoming the master of it. Thank you, and have a wonderful and blessed day.

‍Until next time, face your fears head-on and overcome them for a bigger and better you! 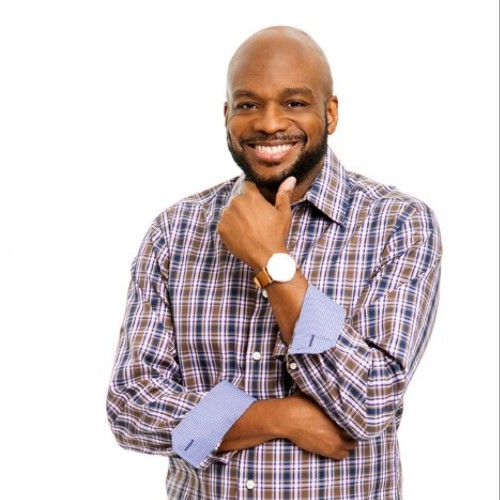 Dr. Terence Younghttps://www.terenceyoungmd.com/
Dr. Terence Young is the CEO of Young Phoenix Enterprises LLC, an elite level physician, entrepreneur, and 3-time best-selling author. Dr. Young has led others to achieve the goals they desire as a coach with companies such as Klemmer and Associates and Human Communication Institute. He is also recognized for his leadership within his group of over 120 practitioners as Physician of the Year and has been seen in multiple media, including the Huffington Post. Born and raised in Brooklyn New York, Dr. Young overcame the odds to achieve success as a physician. Growing up shy hindered his ability to reach out for support. Having his own guidance counselor blow off his desire to be a doctor strengthened his resolve. Because of these and many other challenges growing up in his neighborhood, he realized the importance of surrounding himself with like-minded people who had a vision for success. Determined to achieve his vision and not let anything hold him back, Dr. Young leads by example to show that success is possible despite any fears or challenges in life. As an Obstetrician and Gynecologist for over 23 years, drawing from his optimal communication skills, he has helped tens of thousands of patients to overcome their fears and challenges both medically and in life. Utilizing his ability to think rapidly and take action, he has helped clients to achieve their desired goals and outcomes, minimizing time and maximizing results. He coaches and supports clients, personally and professionally, to achieve the results that they desire in life and business.

How Do You Make Powerful Personal Development Goals?

What Is Personal Development And Why Do You Need It?