“Chicken Soup for the Soul” was just beginning to go B-O-O-M! Surprisingly, it had been met with resistance from the public, along with 144 publisher rejections, before finally hitting pay dirt- and acceptance. Well…almost.

“My goal is to create a million millionaires.” Mark V. Hansen was able to share small details with me: someone outside his circle and not in his employ. “I have seen what making money can do for the economy, and it’s the best goal I can think of to generate more jobs and prosperity everywhere.” It was hard not to admire the HUGE vision this man held throughout the ‘battle’ to get their first book published.

Sales afforded him an entirely new lifestyle, and, when he shared it on stage for the very first time, I was sitting in the audience. He’d been a guest on my talk show, “The BIG Yes!” so I knew he’d come from humble beginnings, often joking that his VW Beetle had ‘permanent air conditioning’ (broken windows.) He would park it two blocks from his sales appointments to conceal his present ‘status’ in life.

And now, building a home next to Bill Gates on Maui, he wondered if it sounded bad to talk about it. “Honestly, now: did it sound like I was bragging or was it OK to tell everyone that? Should I have left out the details about overlooking the ocean? Was it too much?”

I was inspired as hell and told him so. Their ‘trek’ to the top had been difficult, at best; this was the “cherry on top” of their long haul. He earned everything he had, and it was inspiring to see what remains possible for anyone of us. He knew that in his head, but he hesitated.

Was this the dreaded “grandstanding”?

“Your goal is to make a million millionaires, Mark. So speak on it! Show us how it’s done!” I meant every word, and hope he continued to share his up-and-coming story of rags-to-riches, leading the way for both the aspiring and the inspired.

The appointment of feature contributor to an award-winning magazine, TODAY, brought up the same concerns for me: is it tooting our own horn or celebrating a win? After all, our supporters carry perpetual pom-pom’s, standing on-the-ready to cheer us UP and ONWARD, right?

Soooo…why do we hesitate? When did it become a bad thing to celebrate?

Let’s cut that crap out, together, shall we? EACH of us has worked far too hard for God-knows how long to finally get to ‘here.’

If you have ‘neighbors’ that would frown, then move.

The definition of “Brandstanding” continues with this example: Kevin used to sound like he was an arrogant guy trying to push his product but now because he shows us what the product is about and how it helps us, it is definitely elevated to brandstanding for all the right reasons.

So go ahead, step-up, speak-out, share your good fortunes and blessings with the world. You are an inspiration even though ‘they’ don’t know of all the perspiration behind “your moment in the sun.” Enjoy it! Share it! Stand out with your brand out, baby. And tell your tribe ‘cuz they can’t wait to shake those pom-pom’s in your honor.

Go ahead & swing a little higher. You earned it. 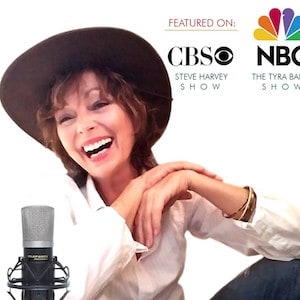 Lonnee Reyhttps://www.iwasborntowrite.com/
Pippi Longstocking met Dr. Wayne Dyer and Held Hands with Steve Harvey. It’s been no ordinary life, by design. Professional Tumbleweed, Lonnee Rey, has traversed some rocky territory and returned with a lantern to help those who fumble, stumble and mumble through life, to find their voice and confidently express themselves with originality and flair. As a podcast guest and interview trainer, she helps ‘Nervous Nelly’ types to step-up to the global microphone with confidence. You know the ones: people with rare talents, (or no talent for marketing) and a story that begs to be told? Authors, coaches, niche market mavens, and metaphysical types all need the same thing: an easier way to establish their authority with their story. They just don’t know-how, yet. You could say this coach, mentor and muse was born to encourage the outliers to become infielders and mentor them on how to #sayitforward. Lonne is a creative, whose tagline, “you need to have an angle if you want to have an edge” is the core of working with her: expansion. More options are always a good thing. It means more money, fun and Kodak moments. A six-time show host, voice-over talent, and TV/film production junkie, she was featured on Tyra Banks (to do a live HIV test, no less) and Steve Harvey. “Mid-life My Ass” is her most recent podcast. A unique solo venture into philosophy, Lonnee brings humor & wisdom that worked for her. Additionally, she hosts “Bold Movers & Shakers” and “Poke the Podcasters,” just for kicks. She has become the person she dreaded, muttering aloud in public. Fortunately, she doesn’t really give a damn. Mostly.