I define Black fatigue as repeated variations of stress that result in extreme exhaustion and cause mental, physical, and spiritual maladies that are passed down from generation to generation.

The fatigue of enduring unrelenting racist systems was not new with the 2020 protests. What was new was that Black people from the famous to the everyday citizen were given “permission” to take off the proverbial muzzle to tell the world about their pain and rage without fear of the normal backlash (“Why do you people always play the race card?”)  It seemed as if the world was finally willing to listen.  Black people were no longer denying or suppressing the emotional toll. We were boldly and poignantly calling out the impact of living in a racist world and demanding actions that put more of the burden on white people to change racist systems.  White people could no longer claim sublime ignorance.

Black people have been marching, protesting, resisting, writing, orating, praying, legislating, and commentating for centuries for equity and justice, and—young and old—we are fatigued.  It is physically, mentally, and emotionally draining to continue to experience inequities and even atrocities day after day when justice, equity, and fairness are purportedly legislated rights of all citizens of these United States of America.

At the height of the 2020 protests, I facilitated many listening and learning sessions. I was asked to serve on several panels with CEOs and key leaders of organizations.  These virtual town hall gatherings were usually open to all employees and often included Black panelists who shared personal stories.

Several times CEOs admitted that they did not know about the daily challenges of navigating life as a Black person.  One CEO, whose chief financial officer is Black, said that he was embarrassed that he had known his CFO for many years and had no sense of the emotional toll he faced from living while Black.

This is what Black Fatigue: How Racism Erodes the Mind, Body, and Spirit is about. It is about the fatigue that comes from the pain and anguish of living with racism every single day of your life. It is about being fatigued by those who are surprised and express outrage (with no action) that such inequities still exist. It is about the constant fatigue of not knowing whether you or a loved will come home alive. It is about enduring the ravages of intergenerational racism.

I am a child of the 1960s. As the editor of my high school newspaper, I wrote about the ills of discrimination. For my college newspaper, I wrote about racist behaviors and participated in rallies and marches protesting inequitable treatment. Essentially my whole career has been dedicated to diversity, equity, and inclusion work. And it is mind-bogglingly fatiguing to realize that not much has changed.

The injustices that I described have been recounted over the centuries by great writers, politicians, theologians, educators, and, as important, everyday people who come into the limelight because of a lived experience that shocks and appalls us like George Floyd’s or Eric Garner’s or Sandra Bland’s—that lets us all know that even though we might want to believe that we have overcome bigotry, injustice, hatred, and race-based violence, the sad truth is that it is not so. Systems of oppression continue to loom large; many race-based inequities are just as prevalent today as they were 400 years ago.

While we might want to rest on our laurels on the progress from slavery to freedom to modern-day wins like the pinnacle achievement, the election of Barack Obama as president, I dare say those who throughout history fought for equal rights would not be satisfied, nor should we be.

While we might want to congratulate ourselves for legislation that makes overt acts of racism illegal, they still happen too frequently and often continue to require more legal action to address racist practices.

As a recent example of legislation, consider the CROWN Act, which protects the right of Black people to wear our hair in its natural state. Some six states and jurisdictions have passed the act, and twenty more states are considering it. The bill was also introduced to Congress for federal protection in 2019.

It is incomprehensible to think that we need a law to protect the right to wear our hair as we prefer—that such oppression still exists. It is indeed fatiguing to have to put energy into struggling for what on the surface seems like a laughable issue.

Science has proved that racism is a direct cause of physiological and psychological maladies. Black people suffer disproportionately from diseases such as high blood pressure, heart disease, cancer, and obesity. Many of these health issues are uncorrelated to socioeconomic status. In other words, contrary to what might seem intuitive, education and income are not mitigators. Further, experts have recently made connections to how chronic stress affects us at the cellular level and is passed down generationally.

On an interpersonal level, white people can help mitigate Black fatigue by acknowledging their whiteness and thus privilege, doing their own education on the history of racism, and becoming antiracist allies who challenge white supremacy.

At the institutional and structural levels, as a start, the United States needs to atone for slavery publicly and offer reparations to descendants of slaves.  We also need those in power to abolish racist legislation, policies, and practices. It can be done quickly, as we witnessed during the 2020 racial protests.  Within a two-week period, motions were filed in states and municipalities across the country to defund police departments, ban choke holds and the use of tear gas, and update use-of-force rules.

Some companies declared Juneteenth a paid holiday, and a handful of CEOs who showed themselves to be racist stepped down. Within weeks of receiving a request from a 22-year-old Black woman, the Merriam-Webster dictionary agreed to change the definition of “racism” to include the structural component. It should not have taken a global rebellion for racial justice to bring about these changes.  However, it did, demonstrating that systems can be changed when those with the power choose to exercise it to dismantle white supremacist structures.

White people must address institutional and structural racism. Black people do not have the power to change white supremacist systems. Prolific writer and social activist James Baldwin called whites “the innocents” in an essay (“My Dungeon Shook”) in the form of a letter to his nephew. He asserted that white people, by and large, believe themselves to be absolved of any accountability for the racist systems that prevents Black liberation. “They [white people] are in effect still trapped in a history which they do not understand and until they understand it, they cannot be released from it.”

He asserted that it was not the responsibility of Black people to fix racism. However, he held optimism that, working together, Black and white people could effect change. Baldwin died in 1987 without seeing his hope come to fruition. Sadly, some 30 years later, we still have not seen that hope realized. It is too soon to tell whether the 2020 Black Lives Matter movement for racial justice will lead to sustained change. I, like James Baldwin, am still hopeful.

Mary-Frances Winters is president and founder of The Winters Group, Inc., a Rochester-based consulting firm with a global client roster. The Winters Group specializes in research, strategic planning, training, and public speaking with an emphasis on ethnic and multicultural issues. This article is an excerpt from Black Fatigue (September 2020) reprinted with the permission of Berrett-Kohler publishers by Reinventing Home Magazine and syndicated here. 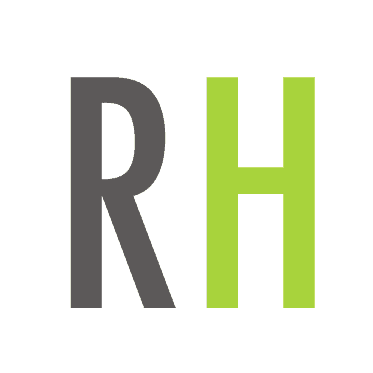 Reinventing Homehttps://reinventinghome.org/
Reinventing Home was founded in late 2019 by a group of writers, academics, artists, and activists who believe that home is our primary attachment, setting the stage for lifelong patterns of intimacy and self-renewal, and determining the values of our culture. It arrived just in time to help our readers navigate their new home-bound status during the pandemic. Join us for an enlightened conversation about the way we feel about our nests and the larger issues that are shaping our sense of home — from shifting patterns of work to technology and climate change to life under quarantine, and beyond.  Our contributors consider home as a personal sanctuary, a cultural salon, and an interactive hive—and also explore the broader notion of community and our search for belonging.   But that’s not all. Home is an inexhaustible topic because it’s part of our never-ending quest for soul.  From Homer to the Wizard of Oz, our stories, songs, and art have been about the quest for adventure—-and the endpoint of bringing our insights and our hard-won wisdom home.  This digital magazine has been called “a thinking person’s guide to home” and “a mindful approach with a Jungian twist.”  It embraces everything from the secret lives of our possessions to how household dust is related to the creation of the cosmos. We have received endorsements from best-selling authors Isabel Allende and Jean Shinoda Bolen.  Phil Cousineau, host of Global Spirit on PBS, has called Reinventing Home “indispensable for our changing times.” A venture in non-profit journalism,  Reinventing Home is generously funded by E. Patricia Herron, a former superior court judge in northern California, and by readers like you.

Knowing Where You Live