Cryptocurrency and a paradigm shift in how we think, and more… How we will use money.

I had an interesting discussion with another colleague, about cryptocurrency, surrounding its relation with fiat currencies, where crypto has the opportunity to excel. In my opinion, we’re in a “money” transition, where that will lead, I can’t possibly surmise, however, if history teaches us anything, “crypto” is here to stay.

If you can’t vacate the inefficiencies of any system, such as exchanging tangible products, at that time, it frankly stood to reason, something had to give.

Take, for example, the Mongol dynasty, founded by the Great Kublai Khan (grandfather to Genghis Khan) and the emergence of the Cao paper currency. History memorialized how the currency came about, as a result of excessive government expenses (among other facets). Issues exacerbating those growing expenditures resulted from the inefficiencies of trading in material goods (gold coins, pearls, silver ornaments, gold weaved garments, livestock, etc.), more so when (at that time) there was a higher mortality rate among livestock (caused by then, environmental changes). If you can’t vacate the inefficiencies of any system, such as exchanging tangible products, at that time, it frankly stood to reason, something had to give. Something needed to change, so as to restore the financial system of the government. Along came the “Cao” paper currency.

It’s interesting to note, history records a fair amount of resistance to the new “currency”, and in fact, the death penalty was declared for any parties refusing to accept the Cao. At that time too, edicts were issued to stop production of material goods, that became commonly used for payment; ostensibly this perhaps was a calculated move to garner the control of precious resources (such as metals, etc.) under greater governmental control? However, that’s not the gist I’m getting at, as that’s more, I suppose, related to political economy; rather some of the same patterns seen historically, regarding the adoption of a new currency, appear to be repeating today, albeit the encompassing trappings may be very different.

Take any fiat currency, such as the US dollar, the Euro, the Yen, and so on, what do we see?

Inflation. The purchasing power (the value) decreasing over time, the result of centralized control where the amount of currency can be increased, which in turn decreases the value, the buying power, of currency already in circulation. Consider for example the hyperinflation experienced in 1920’s Weimar Republic. And certainly, the current, global inflation creep.

Serviceability. Currencies being limited as the legal tender of specific countries. An excessive number of currencies in and of itself leads to inefficiencies (take a look at the forex market for example). Further, that transfer of fiat money, results on the reliance of centralized bodies (banks, et al) to access private information, facilitating fund transfers. One facet of “traditional” big banks may be sovereign immunity (in practice if not jurisprudence).

Privacy. Again, the current system in place is centralized, with the banks and governments working together, managing the supply of currencies, and transfers thereof. While in many respects, the issue may not be as much about privacy in and of itself, rather how the information is being used, shared, and ultimately profited upon by others, and by whom.

Usability. We’re in a world where the delivery of goods and services is expected to be provided in an increasingly rapid time frame – Given newer technologies, such as drone delivery, 3D printer delivery, electronic subscriptions, and technologies we don’t know of yet, the speed of delivery is poised to surpass the speed of payment! What happens when there is an issue with our credit cards, or we lose cash, or worse a substantial amount of cash is lost to fraud? We lose its use, period. The management is inefficient, again we experience reduced usability, relying on banks, and other third-parties to make payments for those goods and services.

In many ways, we’re arguably using an old solution, in an attempt to address new challenges, newer technologies, newer systems, and much more. The pragmatics of the scenario… Fiat currency was not designed for this brave new, digital world. In the long term, and in my opinion, the current solution is just not going to work as well as it could. Once again, history brings the circle around, without any reservation, pointing the finger at “inefficiency”. In many respects, we live in a world where inefficiency is the bane of competition and more so of profitability. Thus as the Great Kublai Khan was to the Cao, so is the alias, Satoshi Nakamoto, to the Bitcoin. Cryptocurrency is an attempt to answer and resolve many of the efficiencies we face now, that are poised to become ever the more forbidding.

Take Bitcoin, Ether, Litecoin, and the ilk, again, what do we see?

Inflation. Cryptocurrency is decentralized, meaning no singular authority retains control of it. True cryptocurrency has a finite amount, based upon an advanced algorithm. This means no party can create extra units of currency (which normally conduces inflation) in excess of that defined, finite amount. Because there is no ability to inflate the amount of currency, the resulting effect means the value of the currency does not decrease as time passes (keep in mind I’m not referring to the exchange value into fiat currencies, I’m referring to the actual value). However, decreases that are seen, as it in any currency, results from market factors at play.

Serviceability. In the purest understanding, cryptocurrency is a global currency, the very definition of its decentralized existence. Transactions experience no borders – Without question, in the future to come (and it will come), this imparts a profound improvement in the international business world. Our people, our economies, our products, services, and more are now already inexorably linked. Cryptocurrency is a natural fit, not only to answer the need for increased speed but also to greatly simplifying trade of goods and services.

Privacy. Further, the decentralized status of cryptocurrency, and more so it’s foundation upon “blockchain” technology, cryptocurrency empowers the recording of a transaction on a public ledger while ensuring your private information remains secure. All transactions are verified in each node of the chain while preventing fraud, as your personal information remains secured. Further, the decentralized nature of crypto results in no central server, which could be hacked, to expose your private information.

Usability. Generally, cryptocurrency is stored in an electronic wallet. It cannot be easily lost or stolen and maintains pace with the speed of an increasingly digitized world. Unlike fiat currencies, you can create backup copies of your wallet to safeguard against financial loss, use strong passwords, and even other stronger solutions to secure it. Even more, third parties cannot unilaterally appropriate your funds, nor freeze them, nor exert their control – It’s your money.

Given the above, without question, the adoption of the new cryptocurrencies heralds a fundamental, paradigm shift in how we think, and more… How we will use money.

In my experience, for some people, it’s understandably challenging to appreciate the impact and current use. This is compounded by the fact that fiat currencies, in my opinion, are still a dominant driving puissance in today’s business world. And in this transition period, like anyone, we’re equating the value of cryptocurrency in fiat currencies that are still more tangible and familiar. If I may, one good consideration is to treat it like any other currency. You can retain it, use it, spend it, or exchange it into any other currency. Whether it’s a piece of paper or data on a silicon chip, is immaterial. Moreover, it’s a borderless “digital” currency that promotes, unity, as well as many other benefits above, beyond those provided by fiat currencies. It places your money back under your control, and quite frankly, on a personal level, a system that can protect me from fraudulent activity, or shield me from having my money unavailable, is a paramount step in the right direction.

Cryptocurrency is in its infancy, and like any new system, it needs to grow and adapt to address the current, and future needs. Unlike current fiat currencies, crypto, in many ways has the potential to also leverage equity. Many may embrace crypto, others fear it. And yet further, those of us who sit and watch. In my opinion, the best advice to us all is to learn more, become better informed, and make our own choices.

Today, the adoption of cryptocurrency is arguably the quintessential expression of democracy in action and has the potential, to be on a scale never recorded in history. 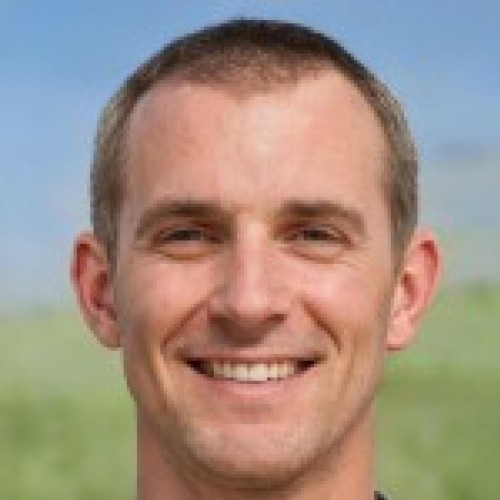 Roger Wheatleyhttps://www.bloglogistics.com/
ROGER'S technical background within diverse business environments, as well as impressive business relationship management skills, enhances his performance and results. During his career, he has excelled at strengthening business operations, also leveraging his superb technical operations, including design, execution, and maintenance of server, remote, network, and desktop systems. In addition, he has a track record for improving off and online business operations, while adapting quickly to new technologies. His website, BlogLogistics.com, provides website support and web hosting services to diverse consumer and B2B clientele. Roger provides and implements effective content solutions as a "Niche Growth Facilitator", as well as developing WordPress powered websites. His success in this role is founded upon his achievements in operations management positions, combined with his seasoned IT experience, and online marketing expertise. Feel free to get in touch with him on BlogLogistics!

Having a Difficult Time Writing a Blog?