“These issues need to be addressed in how we train family physicians, how primary care practices are structured, and how reimbursement is provided.” [viii]

We know the types of thought that are likely to lead to poor mental health but we don’t do anything about teaching children or adults how to develop healthy habits of thought until there is a diagnosis of a mental health disorder.

If our society didn’t routinely wash cuts, treat them with antiseptic, and cover them with a Band-Aid it would be a good analogy on the physical health front to explain how utterly ridiculous it is that we don’t teach healthy habits of thought before a significant problem develops.

Secondly, and perhaps most importantly, nearly everyone who is alive has been given inaccurate instructions about how to interpret their emotions.

In 2007, researchers recognized that the purpose of emotions scientists had accepted as true for eighty years was inaccurate. Almost everyone who is alive at this time suffers from responding to emotions in ways that inhibit their ability to thrive. We were all trained to misinterpret our emotions. The following analogy helps clarify the impact this has on everyone.

Imagine you had a meat thermometer and you were taught that chicken was fully cooked when the thermometer reaches 120 degrees. You would eat a lot of raw chicken (chicken is cooked at 165 degrees, but it doesn’t mean the thermometer is broken. It was the instructions you were using that led to the undercooked chicken. Today, humans have an emotional feedback system that works perfectly but they’re using the wrong instruction manual to interpret and respond to the feedback. Emotions seem unreliable because they are being interpreted using the wrong paradigm, not because emotions are unreliable.

The good news is that life begins making sense when we begin accurately interpreting our emotions. The process is simple enough that children understand it. It’s actually more difficult for adults because we have to unlearn years of misguided habits of thought but every step of the way helps us feel better.

Learning how to correctly interpret one’s emotions empowers individuals to retrain unhealthy habits of thought including:

Emotions are feedback from a sensory feedback system, just like our eyes, ears, sense of smell, touch, and taste. They are designed to lead us toward self-actualization and away from danger.

Individuals whose ability to feel emotions is impaired due to an injury have a difficult time making simple decisions such as what to eat for lunch. It is such a seamless process that we often aren’t aware how much they influence our thoughts, words, and actions. Anyone who is making decisions while in a negative emotional state is probably making suboptimal decisions because they’ve been taught to misinterpret the meaning of the negative emotion.

We should fix the mental health crisis by preventing as much of the mental illnesses as we possibly can. If we commit to teaching every child, teacher and as many parents as possible how to accurately interpret their emotions for one generation, future generations would be taught to accurately interpret and correctly use their emotions. If we don’t, the old, flawed definition will continue to cause individuals to suffer lives that are less than they could be.

This effort should be done in all schools. Public service announcements should inform the public about opportunities to learn how to correctly interpret emotions and disclose that the old hypothesis that was taught for decades was wrong.

The benefits will extend into every area of life—this won’t just solve the mental health crisis. Divorces will become less common. Crime will be less common. Physical health will improve. Addictions will decrease. More children will graduate from high school, avoid teen pregnancy, and go on to college or vocational school. (Depression is a risk factor for teen pregnancy.) Employee Engagement will improve. I’ve written five heavily researched books that document that we already know that these positive impacts will occur. This is not mere conjecture. There will be a positive impact on poverty and hunger and perhaps even war and terrorism. What are we waiting for?

With the internet there is no reason this solution can’t reach billions of people during the next decade. 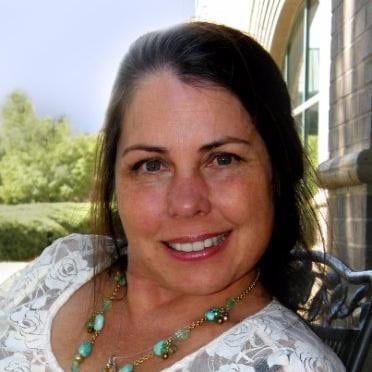 Which Employees Are You Firing?

Is Stress Harming Your Business?