Betas on Top of the World

[su_dropcap style=”flat”]D[/su_dropcap]AYBREAK, September 29th, 2012, Steve Vogel, Gamma Xi ’75, stepped onto the summit of Mt. Kilimanjaro, the tallest mountain in Africa, 19,340 feet above sea level. When asked during our recent conversation why he climbed it, the writer in Steve wanted badly to say “because it was there,” but his modesty compelled him to answer “for a little adventure.” Steve used to run marathons for adventure, having run marque events in Chicago, Boston, and New York. A pinched nerve in his back caused him to stop running four or five years ago. Goodbye marathons, hello Kilimanjaro!

He also made the climb to raise funds for prostate cancer research. Steve was diagnosed with prostate cancer in 2008. After successful radiation therapy he wrote a book titled, The Prostate Storm, about his experience. The Kilimanjaro fundraiser was Steve’s way of giving back, and many Betas who went through with him in the early ’70 have stepped up to support the cause. “It’s one of the beauties of being a Beta, you really do make friends for life, even if you only see some guys at Gator football games,” said Steve, whose son, Nick, a Gamma Xi active, is a junior engineering major living in the Beta house. “Thanks to all my old Beta brothers who pitched in with donations.”

Steve’s Kilimanjaro team included two other Beta’s, an uncle from Bowling Green (’62) and a cousin-in-law from Kent College (’80). None of the group were mountaineers or even serious campers. “I hadn’t slept outdoors since a Beta Woodser” quipped Steve. But for eight days they lived in tents on the mountain, in below-freezing temperatures at night, sterilizing their water, and battling the elements, lack of sleep and extreme altitude. “A little bit of Hell week ’72 style, without oxygen,” laughed Steve. The group made some “ridiculous” climbs along the way, including scrambling up a 1,000-foot vertical wall. “Took three hours to climb, and don’t look down,” said Steve, 59. “The adrenalin was pumping. You wonder what the hell you’re doing up here.”

On the sixth night from their 15,500-foot base camp, they awoke before midnight and, under a full moon, began the final ascent. Breathing half the amount of oxygen as at sea level, it took seven and a half hours to reach the top. “We hit the summit just as the sun broke, which was very cool and surreal at that altitude,” Steve recalled. Although located in Kilimanjaro National Park in Tanzania, the climb was no “walk in the park.” They didn’t know if they could make it to the top. Everyone’s body reacts differently to high altitude oxygen deprivation. One member of their party had to return to base camp before reaching the summit due to altitude sickness.

On the summit they hiked along the edge of a massive crater, and ancient volcanic ash pit and beside towering glaciers. They took once-in-a-lifetime pictures and even threw a football around. With three Betas in the group, Steve also had taken up his son Nick’s Beta flag and snapped a photo of the group with it at Uruhu Peak, Kilimanjaro’s highest point.

A short time later Steve was back home in Delray Beach, Florida, where he lives with his wife, Lorraine. An English major at UF, Steve has had a successful career as a free-lance writer, journalist, and author. He writes mainly corporate communications and web site content, and counts such household names as IBM, Dole Foods, Microsoft and Hilton Hotels among his clients.

Steve has a passion for continuing to bring awareness and funding to prostate cancer research. He feels that a vaccine that will prevent this awful disease will be developed in our lifetime if adequate resources are devoted to the cause. Steve had to climb a mountain and describes it as “The hardest thing I have ever done”, but all you have to do is write a check. 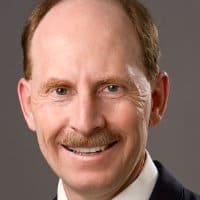 Fred Wallrapphttp://www.tributetelecom.com/
FRED grew up in Delray Beach, Floirda and attended the University of Florida. After receiving his MBA in Finance, he began his career with GTE. His career has been focused in telecommunications. He currently owns Tribute Telecom, a telecom consulting company. He and his wife, Ana, live in Tampa and have two college age children. In addition to CREW Tampa Bay, Fred is a member and past president of the Tampa Interbay Bay Rotary club.