Believe in Your Destination in Life –Develop Courage

In quietness and trust, you find your strength.

How many times we’ve found ourselves desperate in situations where there seemed to be no way out. And no helping hand insight. How did we react, and respond to these trigger moments? By overcoming our fear and insecurities due to acting with inner bravery delivered with courage.

Unknown territories to discover always require courage powered by the inner voice to explore and going deeper into the task. Like a cave-diver makes his way from one cave to the next dark hole deep beneath the safe surface of daylight. By minding not to block the lifesaving oxygen tube at any time while moving forward, dive by dive to the unknown.

By keeping exit ways open, easy to approach when needed in uneasy circumstances to mostly serve, save and rescue the lives of others. And the own one! These operations truly require vast experience, solid grown courage, and faith in oneself.

Whenever we’re pushed into situations where we depend on our convinced courage to develop ways out guided by an inner source of strength and conviction to get over the challenging hurdle.

How was that feeling when we were still little and suddenly had a bicycle in front of us with the opportunity to jump on? Powered by the courage of a child trying to master the balance on two wheels without knowing the meaning of fear. After having left behind the supporting wheels that provided some kind of stableness while still insecure about holding a balance on two rubber tires filled with air. There was so much space left & right and headlong to fall on rocky soil, to get hurt, to lose the battle to stand.

And how fast we stood up after being smashed to the ground, shaken, and smiled. And then tried it all over again by telling no one how much it hurts, covering the pain without any external sign but with an “I can do it” attitude. Were we triggered by fear, by losing the fight of a child towards independence on two wheels? No, not at all. But then gained, explored fantastically the freshly grown ability to jump on and ride off. In pride and joy! And a big smile visible till the other side of the world.

When contemplating these long-gone moments of a particular desire, a gem of power-thought emerges into one’s mind. To ride the bicycle for any price, to be able to sit on the still too high saddle and smile the grin of a winner “high above ground” from cycle-bird-view.

A newly gained mindset, the inner conviction of going for whatever it takes. The ability to balance out without tilting and most of all with two legs that are trimmed by their master’s voice of courage, the eagerness to move onward and forward on your own.

Genuine courage isn’t something we know or were born with. It is developed over time by vast experience, by facing situations where the little ABC patterns of getting over and done aren’t suitable, don’t fit anymore.

How many times we’ve heard people saying “It takes courage to do this or that?” And loud voices telling us how seemingly impossible our goals are to achieve.

Do courageous humans have an additional inner force? An inside strongly anchored monument to overcoming unknown situations?

Like a free climber handles him/herself from one little rock outcrop to another by checking the reachability and needed stability at the same time. It takes courage to go for a job interview when knowing there are a thousand other applicants who desire to work for a so-called shining bright company on the global market.

The one that can choose freely and generously due to countless job seekers who want to be hired for this dream workplace.If we fear this ahead what should then be the reason to attend that interview when being afraid, loaded with upfront insecureness to picking up the pieces right after?

There’s a strong inner voice and conviction to let us go for, to join the race. To win a battle over the massive competition. To leave a landmark the interviewers are going to well remember. And authentic facts that make you shine out of the crowd!

How to accomplish if not armed with the right mindset of courage, inner convinced bravery? And the platinum willingness to reach the goal, to receive the deeply desired position before sunset!

How was it back then when traveling to a foreign country, abroad completely on your own for the very first time? You’ve been afraid not to be safe, a victim of people who aren’t so honest but taking advantage of a newbie, a rookie who is strolling around alone.

Behaving innocent but as a welcome bird of prey to growing the pocket or dirty mind of someone untrustworthy. Despite what you’ve desperately asked for, truly needed help to get from A to B while being lost in huge new city lights?

How long did it take you to realize the real face of that individual fishing for your money and greedily wasting your time? While chewing on an unpleasant taste that increased the heartbeat telling “there’s something wrong with this guy and situation, this entire thing is heading for no good, stinks to heaven.”

Was your inner voice triggered due to awareness, your very own bodyguard, the immediately developed courage to take urgent steps to stop and get rid of someone harmful, smelling like poison?

Yes, it was. And still is. You’ve felt/feel so close, so powerful one-in-one with your protective inner self, protected by a guardian angel while you’ve felt so desperate, so lonely in that particular situation! And then came out as the winner who took back the rudder of responsibility for all decisions whatever feels right and what seems to be wrong for your high values.

Having courage also means saying a convinced NO while everyone is responding with a common and easier to agree YES. Comfort zones got no borders or require passports. To bravely swim against the currents by lowering your fears to whatever it takes to become stronger, more experienced, and wiser though.

Every day is a new dawn and provides lessons (best when being open, when having attentively listened to and implemented the previous ones) to get stronger, to gain sovereignty. By a solidly grown attitude of inner strength, an “I can do it mindset”, the courage to master whatever is thrown on or triggering us.

To reach more confidence, and resilience by gaining bravery due to the lessons picked up all along the way. And additionally being ready for new ones still to achieve, to face. Isn’t that truly exciting, enriching oneself, and immense meaningful in its sense?

To behave like a bold rock in a hurricane by venturing, by withstanding danger, by clinging to oneself’s beliefs due to an unshakable faith. The willingness to overcome any situation with courage when everything around seems to going down and breaking apart.

To talk and act real stuff that matters for your enhanced insightful life when others might not be able to understand or realize this moment of your stand-up. To be brave by inner developed courage to not fear the challenging and unpredictable tides life brings along.

Not to worry about overthinking too much but investing the saved energy, and time into inner wisdom, courage, and personal growth. 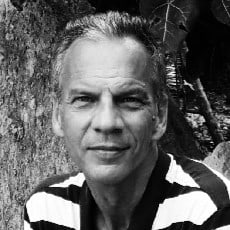 Otto F. Gatternigghttps://mentalhappiness-innerhealth.com/
Hello, I’m Otto, the CEO, and Founder of Foundation For Humanity and a passionate writer who loves to share insights, experiences, and feelings with others. I’ve left Europe behind in 2009, relocated to SE Asia where I started a new life from scratch, have worked and lived in 4 countries within. At present, I reside and am active in Cambodia, one of the poorest countries with the most beautiful & humble people in the world. My home is close to Angkor Wat, the biggest temple monument in the world. I’m offering face-to-face mentoring and Master Mind Group Talks & activities as part of retreat holidays in a tropical garden resort with 10 bungalows where body, mind, and soul meet like-minded humans to exchange experience and wisdom of life. Where a holistic regeneration, recreation, and lust for life happens to the benefit of each guest. A selected vacation with the aim to return home powered by a fresh & optimistic outlook on life, increased felt inner happiness and strength not only to master daily challenges but to enjoy the richness life offers. I believe in humanity and personal growth by inspiring, being generous, and supportive towards others. By mentoring, by a mindful caring heart, and compassionate understanding one can rely on in the process when working with me. To reach inner confidence (again). To gain resilience to overcoming uneasy life & work circumstances many of us are heavily confronted in these times of global change and the new awakening of mankind.

Get Rid of the Fear to Follow Your Inner Calling