Being Kind versus Being Nice

Getting through the holidays required patience, kindness, and love. In family and group gatherings being nice made things run smoothly. So I wrestled with the idea of what is kindness?

I had an unexpected accident, my car got hit while I slept. With a book signing, events, and a long-awaited family celebration, this really messed up the plans. Everyone has been kind: the rental got extended, insurance has been great, and the garage amazing, and the culprit is helping with the payments.

I spoke with Dennis Pitocco with BizCatalyst 360° and we discussed the topic and decided to explore the difference between kind and nice. I participated in a LinkedIn discussion: 15 minutes of Kindness with Andrea Sanchez for the second time. Really enlightening discussion. I thought it would be a fantastic idea to interview people I interact with for their input besides the usual definitions, research, and conversation.

Kind Adjective meaning having or showing a friendly, generous, and considerate nature. Nice Adjective meaning pleasant; agreeable; satisfactory My feeling is that kind is a heart-felt action, helping with something because you want to. Nice is being polite like customer service nice, agreeable, and approachable. Here are the answers I received.

William Fennick directs the local branch of the USO; “Kind is associated with benevolence. Nice is associated with pleasant or agreeable. The former is an action based on goodness, the latter a quality is a feeling or experience.”

Mickey Polizzi I work with at Metro Flooring. She is one of the most soulful people is my world. She contributed: “Kindness is given from the heart, nice is conditional”.

Yesterday I went to a local coffee shop, Kensington Coffee to a meetup group called Technology coffee. I have been attending since way back in 2010. It was great to see some familiar faces after all the quarantining. I asked the barista, Nate. I had been working in cafes for my first years back in the USA. I have a theory that the best advice usually comes from baristas, bartenders and customer service folks as they regularly deal with all kinds of people. Nate said:” Kind is going out of your way to be nice. Nice is general congeniality”.

I met Glen in the technology group for the first time and felt that would be a random sample as I could get. He chimed in: “ Nice is base level for conversations. Kind is somebody who wants to help someone in need and goes out of their way to do so.”

Then I decided to ask a few more people who regularly deal with the general public on a wider scale.

Tim Slentz was the commanding officer of Naval Base North Island here in San Diego and he was able to summarize succinctly: “ Kindness is genuine. Nice may or may not be.”

Some time ago I connected with former classmates from Worcester Polytechnic Institute, Mike Thorn, who is a seasoned business owner offered this: “ The difference between kind vs nice is doing vs being. Kindness is being more involved like being charitable, being sympathetic, helping people, supportive, etc. being nice is being polite, friendly, etc.”

Beach lifeguard for the City of Coronado Ian Urtnowski shared his view: “ I feel being too nice can be a bad thing, but there is no such thing as being too kind. Kind, to me, has more religious undertones that garner up ideas of a grander picture that mankind is linked and that by being kind to one is being kind to the whole. Remember being nice can be equated to gas in your car. The amount you drive is related to the price of gas. It’s ok to run on empty for a bit, but not too long”.

Finally, I spoke with Richard Bailey, Mayor of Coronado: “ I’d say kindness is more similar to being compassionate and sympathetic while nice is being polite and accommodating.”

Being from the Boston area, makes me feel that as much as people view us as fast-talking, fast-paced, and perhaps abrupt, I think that can be associated with being nice. Kindness is a way of life in the region as so many universities and medical institutions are based there. So here’s what I found from Harvard.

“A recent study reported on how people felt after performing or observing kind acts every day for seven days. Participants were randomly assigned to carry out at least one more kind act than usual for someone close to them, an acquaintance or stranger, or themselves, or to try to actively observe kind acts. Happiness was measured before and after the seven days of kindness. The researchers found that being kind to ourselves or to anyone else — yes, even a stranger — or actively observing kindness around us boosted happiness.”

Let’s conversely explore being nice! Being nice is referred to as ‘agreeableness’ in the world of academic psychology. This attribute is viewed as a stable personality characteristic rather than something that fluctuates across situations. In fact, agreeableness is one of the ‘Big Five’ personality elements.

So in summary: Being kind to others can take energy, focus, and self-control. These attributes are tough to generate at times. Being nice also requires you to give to others, sometimes at the expense of your own needs. 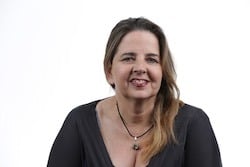 Consistency and Communicating in IOL