Behold The Power of Positivity

I saw a video clip last year on LinkedIn and then couldn’t find it. So I searched Google and found the entire video that shows you the complete phone call of when Derek Rose got traded from his hometown team, the Chicago Bulls to the New York Knicks. This call literally came out of nowhere to Derek, He grew up in Chicago and worked harder than anyone else his entire life in Chicago.

So it came to Derek’s complete surprise that he was being traded from his hometown team to the New York Knicks. I will encourage you to listen to what his sports agent says to Derek. His agent says that this is an opportunity of a lifetime and showed Derek the positive side to this day on what could be a negative impact on Derek.

Ladies and Gentlemen, I can’t stress enough the power of having great positive and uplifting people in our lives! This was a hard phone call to take, but Derek’s agent was in Derek’s corner the whole way.

I am so blessed to have some great people who have been a great positive influence on me in my journey to Bring Humanity Into Business And Beyond, including Evans Duren Luke Williams Darrel Frater Toni Abraira Maurice Green, the members of my Bringing Humanity Together LinkedIn Group, and so many more great people to shape me into a better person that will make me into a better entrepreneur !!

Who are your positive influencers and great supporters of you? Let’s discuss this and more to truly change ourselves and truly change others. 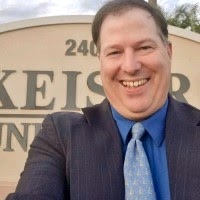 Chris Berrymanhttps://www.facebook.com/Bringing-Humanity-Together-109376270400367/
Chris Berryman, Passionate Coalition Builder, CEO/Founder of Bringing Humanity Together, is always eager to share first hand, the story that inspired his powerful vision to humanely transform today’s workplace for the better. During his 35 years of experience spanning many different industries, Chris has seen the best and the worst of treatment from the leadership of companies for which he has worked, and has also noticed the effect poor treatment had on others. His unique vision to help positively shift the workplace paradigm led to the creation of Bringing Humanity Together: Bringing Humanity Into Business & Beyond, a powerful grassroots movement now also a business created through talking to other professionals and sharing his passion on the LinkedIn platform. Bringing Humanity Together seeks to be the voice and solution provider for employees who suffer from unfulfilling and derogatory treatment at the hands of their employers and for employers who recognize that a healthy company culture is key to their success. Chris believes the way to be an effective change agent is by offering support, advice, and empowerment to businesses who seek to shift their company culture for the better and to provide the same assistance to employees who need help navigating their unique situations as part of today’s workforce. Chris’s gift of expressing his passion and ability to build a coalition of professionals who embody the ‘service to others first’ mantra of living, has allowed him to assemble a powerful LinkedIn community of socially conscious entrepreneurs and business leaders who are on this journey with him and willing to support him in this endeavor.

Do We Need “Niches”?

The Time is Now: Raise Your Voice!