Become An Observer – And Consciously Create Your Life

Take a step back. Take a good and long pass at your life from an observer`s perspective. Look at it from the outside and be mindful about what you do and say on a daily basis. Most of the time our days are filled with the same types of tasks. We go to the same work place, and we hang around the same crowd of people. We engage in the same stuff, read the same, you get the picture.

Look further and even more specific. Look at the simple things. What are you eating? What are you thinking? When do you get up in the morning, and when do you go to bed? You brush your teeth and you take a shower. How do you dress? Do you work out? A whole series of rituals and repetitions. Most often this is our lives, and that is what is locking us in, holding us back.

This is why becoming an observer is so important to achieving a conscious creating mind. Be aware of how you speak to your friends, what stories you tell. Are they the same complaints about work, your hubby, the children? Maybe you are talking about how you are not feeling good, your health or other topics that interest you?

Most of the time we are in a sleep-like state unaware of the fact that we are living this life on autopilot. Unknowingly living the same old story that we were brought up to believe we chose. Most of what we do and say in a day has never been chosen, not consciously. It has been programmed. Fed to us through television, radio, and society in general. Like in a feeding tube. Bombarding our whole being with signals of the “proper” life. Not all bad off course. Most of us have learned and experienced some beautiful things, great values and has met some wonderful people. Life is good, although the lies will have to go.

The good and bad news is; it`s not your fault. The subconscious mind is simply a programmed chip if you will, that is acting like your pilot. It is keeping you locked into the false belief that you are free and in charge, when in reality you`re not.

All through school, the structure of our lives, were put into a system. Through a controlled education on topics and written “truths”, our whole picture of the world, who we are and who we need to be has been molded. Brick by brick our house and the whole city of reality has been formed and built. Leaving little or no room for creative or free interpretation. The stage has been set. We will be told the same old story, over and over until it sticks. It becomes a truth for all our cells. It does not matter if it is the real truth, it will become ours. We will own it and honor it.

This is why becoming an observer is so important to achieving a conscious creating mind. Be aware of how you speak to your friends, what stories you tell. Are they the same complaints about work, your hubby, the children? Maybe you are talking about how you are not feeling good, your health or other topics that interest you?

It can be anything, but as long as it`s not uplifting your spirit, and as long as it`s not reflecting who you are and your inner most pure emotions, it`s holding you back. It is keeping you locked in the grip of the autopilot, and life becomes a different day with the same old story.

If you have children, I am sure you have told yourself “I sounded just like my mother/father”. That is not necessarily a bad thing, but it tells us a little something about the programming at hand. We adopt to everything that is shown to us, like behavior and thought patterns. We learn through ear, mouth and eyes. As children we are like sponges, literally soaking everything in. We watch and learn, listen and record. The hard drive is filled up little by little. We have no filter or manual to go by. Save all and delete nothing. That is the only rule. We do not have the ability to believe or not believe at this point. We save everything as our truth. Simple.

We hold on to it like it`s our connection to ourselves and add it to our past-life cell-memories. Yes, our cells have memories, and most likely, you we are not here for the first time. Our story is much older than your current life.

No wonder the story is a powerful one, and that it`s a hard to let it go.

No wonder we let it run its course, on autopilot, until it really hurts.

And this is why we need to become an observer to be able to consciously create anything. Until we are aware of our actual thoughts and actions, we are disempowered. We are fighting against our own inner programming. Change becomes hard, and life more frustrating. Change comes through awareness and the willingness to change. Through observing and getting real about our patterns.

I know all about not changing my ways until I was almost dead. I made my story my own, and I believed every word of it. I was carrying so many false beliefs that I no longer felt connected to anything but my big head, my stubbornness and my stressful life. Completely disconnected from myself. There was no inner feeling of belonging or self-worth. Sadly, my story is not unique, in the sense of suffering.

My story is different in the sense that I decided I was done.

I was done believing in that nonsense, that falsehood and that old programming.

I was done believing I would never get healthy again, and that I was somehow unworthy of health and happiness.

I was done believing that I was broken and not whole.

My life was worth it.

I was worth it.

“The difference between a belief and the truth will reveal itself once the bullshit is gone. What is left is always the truth.” – Hilde Larsen

It is easy to believe what everyone else believes. To follow the flow of the masses. Never observing our own life, analyzing why we do what we do and believe what we believe. The thing is, until we change how we look at the world, the world stays the same. As long as we keep walking down that same street, that`s where we will be, right?

Observing our lives will help reveal the larger picture. It allows us to detect false beliefs and emotional detachments as well. Stepping out of our heads, where we are so easily manipulated is letting us tap in to our heart, innate wisdom, and our pure child-like enthusiasm. To truth and conscious creations. We have children`s stories that are telling us this. It is easy to be a sheep in the masses.

The Emperor`s New Clothes is a great example:

Once upon a time, there was an Emperor who was extremely interested in having the best quality clothes. His whole world evolved around it, and he did not care much of anything else. One day several con men came to see him and told him they were the World`s best weavers. They would make him the most beautiful fabric for his outfits. The Emperor was thrilled. They told him they made fabrics from a very special thread. The garments would appear invisible to anyone who was stupid or not doing their jobs.

The con men ordered some of the finest materials, and secretly they sold them to get the money. They fooled the Emperor and his servants, by pretending to weave with nothing. The Emperor fired all his staff that couldn`t see this imaginary fabric, as he believed they were liars and not doing their jobs. It became easy for them to lie to keep their jobs. Now they all said they saw the beautiful threads turn to this fantastic textile.

The Emperor ends up getting dressed in nothing at all, believing that his garments were invisible only to cheaters. He started a procession where his servants walked behind him with their hands raised to hold the cape. The whole town admired him and his new clothes until one young boy yelled that the Emperor had no clothes on, that he was in fact naked. 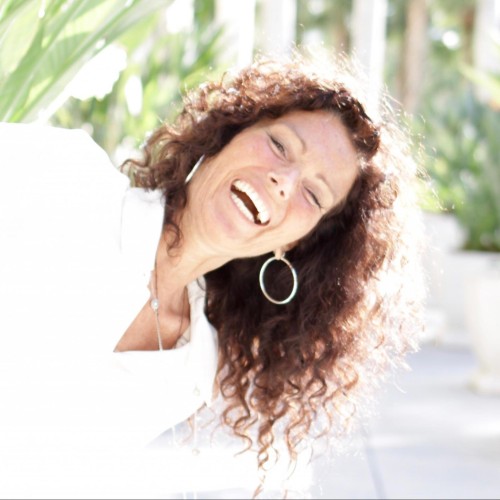 Hilde Larsenhttp://inspiredbyhilde.com/
HILDE Larsen, known as the one who Inspires, is the owner and founder of Inspired by Hilde. She is a certified Health and Success Coach, a Raw Food Teacher, an Author and a Certified Detox Specialist. She is an Inspirational keynote speaker, a Blogger, and has her own YouTube channel. She is the author of three published books: From HELL to Inspired, Know The Truth and Get Healthy and No More Bullshit. She also creates online video programs and has her own membership site Inspired Members. Born and raised in Stavanger, Norway, she and her husband of 29 years have a second home in Florida, USA. She is a proud mother and grandmother, and a tree hugger at heart. Called by nature and spirit, she is inspiring many to take back their power. She is highly intuitive and has a strong connection to Mother Earth and the spiritual world. Her glowing enthusiasm for health and vitality has the leading role in her work.

From HELL to Inspired

You Are Here To Serve