Be Your Best Self! Eliminate Shame & Guilt From Your Self-Talk

BY Dr. Deborah A. Westin

Have you ever felt guilt or shame?  Have you felt as if you were inadequate?  If you have, there is hope.

Actually, I believe many people have and are afraid to admit it.  In our society and many other societies as well, life is about saving face and competition, and in the USA, individualism.


Hang on, it gets better, and there are ways to reduce and eliminate shame and guilt.  I am not the expert on this subject, nor am I a guru of self-help.  I do have experience with this and would love to share though.  If you benefit, that is great.  Or, take what you like and leave the rest.

What is the Difference Between Shame & Guilt?


First and foremost, it is important to know the difference between these two negative emotions.  From my learning, shame is the belief that one is unworthy.  Guilt is the feeling when one has done something incorrectly.  Therefore, separate yourself from your behavior.  I will explain more about that.

Awareness is the First Step


For example, at work, there were many instances where I made mistakes, and instead of moving on, I believed I was unworthy.  Become aware of the thought and where it originated.  Is it an old belief system that no longer serves you?

Awareness is the key. 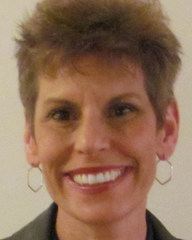 4 Ways To Include The Fun Of Different Cultures In Your...