Art Is A Verb

BY Howard B. Esbin, PhD

Language exerts hidden power, like a moon on the tides.

The words we use are always informed by their histories. They reflect and distill the thoughts and values of a particular time. Words change over time even if their intrinsic meaning remains the same. For example, a hundred years ago, people lit their cigarettes with a ‘lucifer’. The words, art, and craft, have accumulated tremendous weight of meaning over several centuries. Moreover, there is much debate and confusion as to what both words actually mean in regards to the classification and valuing of visual artifacts with high aesthetic intention and materiality. Art Museums and Ethnographic Museums, for example, often feature similar artifacts.  This essay examines the root meanings of both words, as expressed in phrases like the artful dodger and crafty fox. In doing so, the original insights of those who first coined these terms are revealed anew and hopefully helpfully so.

To start, it will be helpful to consider Western attitudes towards education and manual labor several centuries ago. (These still hold sway today as any career guidance or vocational counselor will likely attest.) The Church was then the sole institutional arbiter of knowledge, education, and societal worldview.  Being the guardians of Platonic and Aristotelian thought, the Church held that intellectual pursuits were superior to physical ones. The dominant Christian ethos, therefore, sustained a deep bias towards matter, the human body, and common labor. Consequently, the artisan, or ‘maker of things’, held only slightly more status than the lowly peasant.

The Latin root of ‘art’, which is Ar, stems from an ancient Indo European language. Thus, the Sanskrit ‘irma’, meaning ‘forequarter’ is the root of the Greek ‘appos’, meaning ‘harmony’, as well as the Latin ‘artis’; all meant ‘joint’. Analogous contemporary English words include ‘arm’, ‘artery’, ‘article’ and ‘artisan’. They all share the same sense of joining things together.

In the continental university system the Church established, there were then several mandated ‘branches’ of learning (called the Trivium and Quadrivium respectively). These included mathematics, rhetoric, music, and philosophy. A scholar who successfully completed their course of study was graduated as a ‘Master of the Arts’. And this particular practice and corresponding designation has continued to the present day. A Master of the Arts could as easily be expressed as Master of Joinery. For that is essentially what the university graduate had accomplished through several years of study. They’d joined the discrete knowledge gained in each branch within one larger conceptual frame and worldview.

The value of artem – this ability to effectively join things together – was widely understood and appreciated, whether in producing good stonewalls, wooden wheels, and erudite scholars. It takes skill and creativity to build something whole and enduring from smaller bits, whether these are stone, wood, or ideas. True then and now. The master is one who does this with great imagination, ingenuity, and skill. For example, the stonewall mason fits rough stone to stone, without cement, so that their walls stand for centuries. Or consider a furniture wright who joins disparate wood pieces together without nails, so that the piece serves for ages too.

All of these objects were expressly created to please and elevate the senses, especially that of sight. The degree of an object’s worth was therefore proportional to its appearance and quality of manufacture.

Western elites of the late medieval period enjoyed a host of objects, produced by skilled artisans. Such objects were purposefully produced to adorn, ornament, and otherwise decorate both persons as well as their architectural spaces, private and public. In Churches, this was expressed in stained glass windows and sculpture of transcendent beauty and pathos. In palaces, this included rich paintings, textiles, and furniture. All of these objects were expressly created to please and elevate the senses, especially that of sight. The degree of an object’s worth was therefore proportional to its appearance and quality of manufacture. This particular trend has also continued to the present. The associated class of objects also continues to be called the decorative arts.

Then, between the 15 and 16th centuries, an unprecedented perceptual transformation occurred in Europe. Certain objects within the broader decorative class, painting, and sculpture especially, were thought to actually do more than simply please the senses. ‘Artisans’, like Raphael, and philosophers, like Vico, advanced the idea that these objects could help the viewer reach the pure Platonic qualities of truth, goodness, and beauty. They proposed that the object’s intrinsic value went far beyond its well-crafted materiality and superficial sensory visual delight.

This idea of purposefully producing an object expressly to engage ‘higher thought’ was an entirely new departure. Over the next few centuries, Platonic goals were eventually jettisoned and these objects eventually came to be produced for their own sake.  That is art for art’s sake. In essence, these objects were given a double life.  That is, they still maintained their materiality through the manual industry that produced them and through the market that traded them. In this long process, the word ‘art’ gained new meaning. Its original sense of joining things together slowly faded into the semantic woodwork. An active verb became a passive noun. As a result, Western society has come to focus on the product rather than on the process.

Before concluding, it will also be helpful to consider art’s semantic cousin, craft. Through most of antiquity and into modern times, the European landmass has sustained two broad cultures, one northern and southern. English, for example, is a mix of Germanic, Norse, Latin and Greek concepts and terms. Many words we use have complementary meanings, such as school and lore. The former is from Latin schola and the latter from the Old English for larhus, or lore house.

In a sense, craft is the northern equivalent of art. The root of craft may be traced back through Anglo Saxon and Old German to Old Norse. The original ‘craeft’ meant strength, skill, and ingenuity. Northern European artisans were called ‘men of craeft’ or ‘craeft’s men’. This label was a consequence of their ability. The object per se was secondary and might have been anything at all manufactured with skill and imagination. Like art, craft has come to be elliptically associated with specific classes of associated objects. It is no wonder that these respective object classes have also become confusedly overlapped so that it’s difficult to say with absolute authority or certainly where one starts and the other ends.

By going back to art’s root meaning, we come to a simple but profound concept. Art is not so much a particular class of objects. Rather it is anything joined together in novel, compelling, and transformative ways.  This is what Arthur Lismer surely meant saying that art is the integrating influence and a universal form of expression. ‘To art’ is the missing verb. 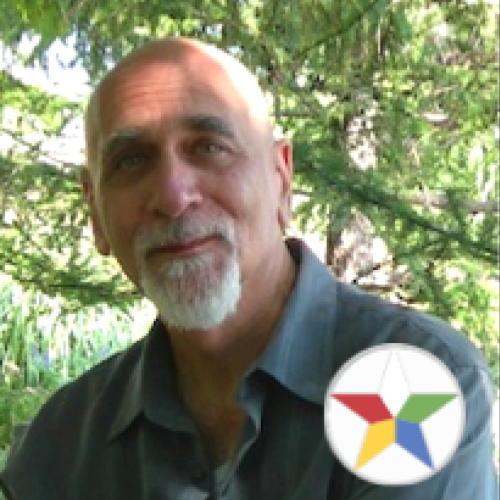 Howard B. Esbin, PhDhttps://teamprelude.com/
My professional life spans the private sector, international development, philanthropic fundraising, and entrepreneurship. Part one, from 1973 – 1988, was spent in the jewellery industry. This included senior management roles in retail and manufacturing. Part two, from 1991 – 1997, involved consulting and senior manager roles in international development. The former included working in Kenya with the International Labour Organization, the Mennonite Central Committee, and the Royal Netherlands Government Embassy. This involved original field research and recommendations for youth entrepreneurship and artisans called Jua Kali. I also later oversaw a $3M fair-trade enterprise called Bridgehead owned by Oxfam Canada. Part three, from 1998 – 2004, saw me as a director of an annual, volunteer-driven philanthropic fundraising event, called HOPE Beachfest. This was the world’s largest one-day volleyball tourney (10,000 players) with an all-day rock concert (15,000 party-goers). Part four, from 2008 – 2018, involves my time as an entrepreneur developing and launching the Prelude Suite™. Additionally, from 1984 – 1998, I attended McGill University on a part-time basis earning three successive degrees culminating with a doctorate in education. My research examined how a carvers’ community transmitted its visual knowledge generationally, informally and non-verbally. Education Canada, the International Labour Organization, and UNESCO have also published my related writings.

How Do Virtual Strangers Become A Global Project Team?