Are You Ready To Refocus?

Attract the Right Job Or Clientele: Are You Ready to Refocus?

Last year, I was very ready to refocus but couldn’t quite grasp the ‘how.’ Admittedly, very little was accomplished one quarter.  Previously enjoying a successful career, it was concerning that nothing new was getting done. As pictured above, I almost felt like a chameleon, hiding until my true colors were to come forth. However, toward the end of the year, there was a glimmering light of hope finally!

Today the realization hit that all of the dots in the process required stabilizing and then connecting. It feels as if my business is repositioning with the intent of reaching and helping a broader, well-defined audience and one that is ready to participate.

The point is that quitting is never the answer if it’s not really what we want to do.  Sometimes a lengthy quiet time for us to refocus is the only requirement.

The pandemic’s start created havoc on many, if not most, as we attempted to figure out how to continue our work.  Consequently, many people reached out with novel ideas, but they were each dismissed one by one.  In one case, the approach to the person’s audience was entirely different from my style.

It was useless to begin attempting a partnership because our way of doing business is inconsistent with one another.  Experience shows that our consistency in all that we do builds our brand, reputation, and potential for additional business.

Another exciting possibility presented itself for creating new products and services.  The company behind the scenes would do all the publicity, which sounded fantastic until further details revealed themselves.  The goal was to have thousands of people register to have the company market and publicize all of it.  Their value proposition is that they have in-roads for all the right networks to get the materials sold.

Upon hearing about the all-encompassing program, one crucial question immediately came to mind.  Should thousands of people register for the marketing and advertising program, how will anyone stand out from the crowd?  To me, it sounded as if a floodgate was about to open. Those who decide to subscribe to the service would drown in the overflowing waters of vendors having the desire to sell their services.  Once again, I stopped in my tracks.

Zoom meetings, extra email, and lengthy phone conversations became the new norm. None was exciting, and once again, I began to question what I was doing, but that only caused stress. Patience is not my strength, but I learned to deal with the circumstance and gave myself an extended break from projects.

Instead of staring at the computer and accomplishing little, I turned to creative projects that stimulate my mind.  Memories of growing up, and my circular route for finding a career, came to me that I captured in writing.  Motivated once again to continue writing, I began sharing some of the thoughts with close friends.  My good colleagues introduced me to those they know on a similar journey.

Stimulating conversations once again became the highlight of each day.  New ideas sprang up, offers came my way, and invitations to join a couple of organizations were in the mix.

Suddenly, my a-ha moment hit.  After many months of seemingly doing nothing, it became apparent that I badly needed a break from the routine.  I was ready to refocus, regroup, and reconfirm my purpose for business.  Upon recognizing that community service is still at the helm of what I do, and hearing offers to participate within a couple of organizations, I quickly accepted.

Admittedly, actively attending committee meetings is the exact opposite of what I used to do, but the time is now. And now it appears that all of the pieces left in limbo are beginning to align for more emboldened projects. I’m excited to see what this year brings and how I may contribute more to the people I serve. 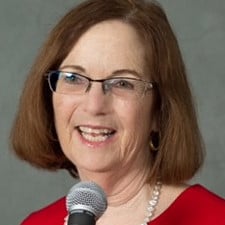 Elinor Stutzhttps://smoothsale.net/
Elinor Stutz broke through barriers long before doing so was popular. Against all odds she defied the theme, “women can’t sell” to become the top producer at every company she ever worked all the while ignoring attempts to get her to quit. Faced with an irreparably broken neck, Stutz paid attention to two visions as they appeared before her while on the stretcher. In the moment, she negotiated a full recovery with the promise to be of service to communities at large. As the CEO of Smooth Sale, Stutz adapted the motto, “Believe, Become, Empower.” Stutz is a motivational/inspirational speaker, author, and sales trainer. Stutz’ first book, Nice Girls DO Get the Sale: Relationship Building that Gets Results is an International Best-Seller. Her second book, HIRED! has helped many secure their desired jobs. The Wish: A 360… mentors readers on how to build influence. 2019 Global Business Insights Award. Marketing-Communication 2019 Top Salesperson Listing. The Smooth Sale blog is rated as a Top Sales Blog. Kred declared Elinor to be A Top 1% Influencer. @RiseBoarders ranks Stutz as a Top Sales Guru. Tenfold lists “Top 65 women Business Influencers”. CEO Magazine Declares “One of the brightest sales minds to follow on Twitter”.

Are You Ready To Improve Results?

Do Your Communications Increase Interest?