Are You Paying Attention?

Are you paying attention, really?

We say that we are paying attention, we even think that we are, but a sudden noise, a word from our colleague, or an incident unfolding in front of us, reminds us, often very quickly, that we are not doing so.

I was reminded of attention with three articles that appeared pretty much together. When something appears three times in quick succession, I take notice of the message.

The first was a short story (*1) concerns Dan Millman, Author of Way of the Peaceful Warrior, who was recognised and stopped by a student.

The student explained that he had read Dan’s books, and understood that people were willing to pay highly for his consultations. He went on to say that he was a poor student and wanted to know what Dan could say in exchange for his one dollar. Dan smiled and offered the student six words.

“Here and Now, Breathe and Relax”.

My take on these words is that “Here and Now” highlights noticing where we are at this moment, essentially becoming present.

With “Relax and Breathe”, Dan is inviting us to stop, breathe deeply such that we can take in all that is around us.

Such words enable us to pay attention to what is here and now, to be present and through breathing and relaxing to open ourselves up to all the sounds and sensations that are coming up for us at this moment, internally and externally.

It is a great way to Be.

The second was from The Gottman Institute (*b) whose primary focus is on relationships.

Through their research and their observing couples close up, they are able to accurately predict whether marriages will fail. Their conclusion is that “The most important factor for a happy marriage is attention. Small moments of positive attention.”

We often think that love and marriage is about external things, house, holidays, cars, entertaining, yet Gottman believes the opposite. Lots of small things, done openly and honestly, regularly and consistently, creates levels of closeness and intimacy that external objects will never do over the long term. Rather like a salary increase, which is great at the time, but diminishes rapidly.

The third was from Tanmay Vora, (*c) who created the inspiring image below. 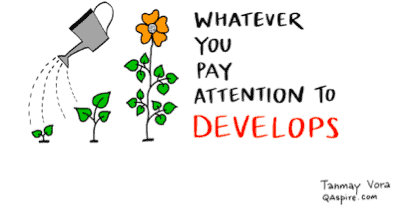 How do we give our attention?

I care deeply about making a difference and I know that listening makes a huge difference to relationships, be they at home or in the workplace, and especially with children.

Some have described learning to listen and being heard as life-changing. 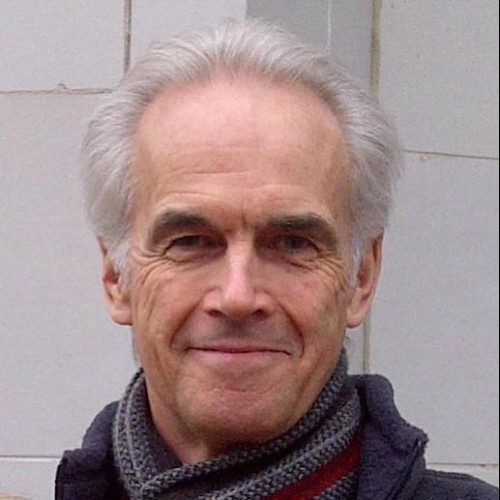