Are You Getting Screwed On Electric, Gas, And Telecom Bills?

No matter what the size or vocation of your Company or Organization, when your electricity bill arrives at your Accounts Payable Department, they pay the bills, so that the lights do not go off at your facility.  Yet; the bills themselves are incomprehensible.  How does your Accounts Payable Department know that the Utility bills are correct? They don’t because no salaried employee has the skill set to comprehend the bills. You wouldn’t expect your employees to be able to analyze the invoice accuracy, rates, and tariffs on your electricity bill to be able to determine if you are overcharged.   And, if a billing error is going on, it will continue, month after month, and year after year.  And, even if they are detected, the policies on issuing credits on past billing errors, varies on a State by State basis, with recovery generally being limited to 1-3 years.  So, these undetected billing errors are a silent thief that never gets punished.

Incumbent Utilities that deliver your electricity and your natural gas, by Law, cannot make money nor lose money on your electricity or natural gas bill. Utility bills not only include your electricity and natural gas bills. They also include your Water and Sewer bills. And, they include all of your Telephone bills, including your regular analog Plain Old Telephone Lines, dubbed “POTS” lines, and/or your digital data lines that carry your Network traffic and Internet connectivity. They also include all of your mobile devices that carry your cellular calls and texts.   A common problem with telecommunications contracts is that embedded within the terms and conditions are automatic renewals that can kick-in during a short time-window.  They can also include covenants that have abhorrent early termination penalties.  The worst type of telecommunications contract will assess dramatic surcharges if your company or organization does not achieve the historical usage level that may be required in that service agreement.

Deregulated electricity and natural gas rate quotes can be represented by simply communicating the cost of the commodity itself, which is like buying a mattress without the box springs or the bed frame.  So, if you received a rate quote for electricity from a telemarketer, it likely does not include major charges such as capacity costs, line loss, and ancillary charges that the deregulated company doesn’t have to even mention which are then appended to your bill as what are deemed pass-through charges. These pass-through charges can amount to paying an effective rate that can be much higher than just the cost of the energy commodity itself, because all of those pass-through charges are being billed to you by the Incumbent Utility, versus being included in the rate quote you received from the telemarketer.

With deregulated electricity and natural gas rate quotes, they come in two flavors, fixed rates, and index rates.  Fixed rates are just like a real estate mortgage. You sign up typically for 1, 2, or 3-years and you get a fixed price.  However, if for example, you signed up for a deregulated electricity contract at 9 cents a kilowatt, because you were previously on a fixed rate contract and were paying 11 cents a kilowatt, you need to be aware that even though you are saving money from what you were previously paying, there is a risk that the cost of electricity may dip to 7 cents during the term of your contract. Similarly, if you sign up for an index rate for natural gas, which is a rate that fluctuates monthly on the open market, and there is inclement weather that drives up the cost of natural gas, you can lose money that way.

Now, let me tell you how you now get screwed. Rate quotes can be represented with what are called swing charges. Basically, a swing charge is a variance from the amount of usage you have contracted for electricity and/or natural gas. So, if you get quoted a 10% swing charge, it means that the rate quote is only good for the usage that is within 10% of the amount of electricity or natural gas you had agreed to purchase. And, that any higher variance would be charged at the prevailing retail rate, just like buying a retail pair of shoes.  So, knowing to ask for a rate quote for 100% Swing, meaning that the deregulated service provider is not going to charge you a higher rate for any variance in usage, is one way you can reduce the chances of getting screwed. The point here is that these basic facts are not being disclosed, and do not have to be disclosed, at the point of sale.  Knowing how the Utility game is played, will help you not to get screwed going forward. 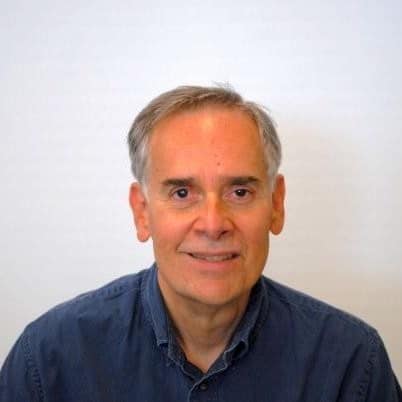 Is Your Business, Or Non-Profit Missing Any Assets That Are Unaccounted?