Are You Feeling Comfortably Numb?

Today one of my male clients said he felt lost when he was talking about his loss. There was a sort of detachment as he had chosen to “sleepwalk through life”.  Pre-pandemic about 5-7% of the population felt numbness.  Now it is estimated in the US that it is as high as 50%. 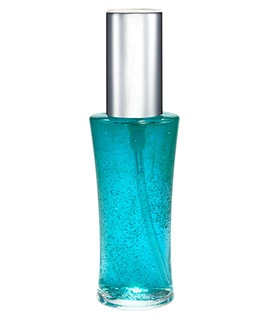 Another client took one look at Quan Yin (see image on right) and the tears started to flow. Through most of the session, this beautiful man was in tears. This did not surprise me in some ways because Turquoise is linked to water and can help release blocked emotions.  For most of his life, my client’s emotions had been frozen because they were too painful to face.  Like the Pink Floyd song he had been feeling comfortably numb until he could not go on like that anymore.

The saddest thing about this state is that it is similar to frostbite in that over time such people lose all sensation.  At this point, it can become virtually impossible to experience wonder or joy.  What is really scary is that this happens almost imperceptibly so they are not aware of the loss and of being in a largely grey existence.

According to van der Kolk and other trauma experts many who have experienced trauma feel chronically unsafe inside their bodies: The past is alive in the form of gnawing interior discomfort. Their bodies are constantly bombarded by visceral warning signs, and, in an attempt to control it all, they often become experts at ignoring their feelings; and they numb awareness of what is playing out inside. They learn to hide from themselves so as to fit in outside in society.

What’s the way through?

Colour therapy offers a gentle approach to melting the numbness.  It allows people to thaw out at their own pace.  They begin to feel there are options and see that they have choices. As the blood starts flowing through their veins again metaphorically speaking they find the courage to voice their truth.  As in the case of my male client who was finally able to share who he was and who he is becoming with his family after a lifetime of silence.

Where does the repression come from?

We often experience some form of shock or trauma in our childhood when we have few tools to deal with it.  This gets locked into our beingness and affects how we show up. It is linked to the power of the word.  What you say can have unseen ramifications beyond the actual incident itself.

There are many examples of the importance of the word in the Bible and a Muslim friend of mine explained that the meaning of the Quran changes depending on the way that you recite the text.  The good news is that if we use words consciously then the impact is as documented in Proverbs:

Gracious words are like a honeycomb, sweetness to the soul and health to the body.

Starting today take great care over the words that you use and the way that you use them. One way to do this is to take more pauses between speaking and to consciously connect to the Divine within you before uttering a single word.  Notice what happens when you do that.

My sense is that you will connect to the Beloved which is the path to mastery. And then the magic will happen and there will be multiple synchronicities almost on a daily basis. Like Psalm 119 Your word [will be] a lamp to [others’ ] feet and a light to [their] path.  What are you waiting for? 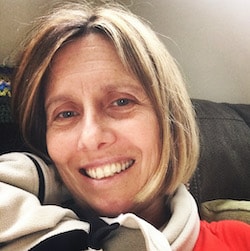