Are You A Woman Who Needs Help Taking Control Of Her Financial Life? Surveys suggest you might be. More women than ever are worried about retirement and not having enough money, than in any survey done previously. Men worry, too, although in fewer numbers.

Is this purely a gender issue or is there real cause for concern?

The fact is we don’t save or invest enough. None of us do and that is not gender based. What is gender based, however, are the circumstances that frame many women’s lives. Namely, we tend to relax duties or leave the workplace for some time during our careers to either care for children or care for parents; we still earn, less on average, then men; and we live longer which means our money has to last even longer.

So, while the worry isn’t necessarily gender-based, it is a warranted concern.

The statistics on retirement, investing, and longevity are so intertwined that it’s understandable when we choose only one factor upon which to base our projections. In the short term, that may make us feel better about our situation, but as the economy and regulations change, our lack of understanding of the longer-term consequences can be disastrous.

For instance, a number of years ago, 5% was often used by investors to calculate the amount they could safely withdraw from their retirement annually, over their lifetime. This rule of thumb was based on the high interest rates and corresponding average return in portfolios.  More recently, when trusts started to utilize the total return approach, the interest rate for retirement income was dropped to 4%. However, two papers, ‘The 4 Percent Rule is Not Safe in a Low Yield World’ and ‘Asset Valuation and Safe Portfolio Withdrawal Rates’ (Blanchett, Finke, Pfau, 2013), shed serious doubt on the sustainability of this approach. They examined then-current interest rates, and the rate of failure and success, long-term, of basing a retirement income stream on 4% for the life of the retiree. Although since last summer, interest rates have begun to rise, our continued longevity argues for an even lower assumed interest rate in order to protect against assets being depleted before life-end.

With the current interest rate on a 10-year Treasury at 2.4% (considered the “riskless rate”), how are we going to consistently generate 4% or even 3%?

What’s a woman to do?

It’s clear to me that we have not saved enough. We have not invested well enough with what we’ve saved. (A recent AP poll said that most of us have a hard time coming up with $2,000, so this isn’t hyperbole).

Since ‘not outliving our money’ only has a few variables, let’s take a look at the ways we could change that scenario:

One, die sooner. I can’t speak for you, but I really don’t like this variable.

Two, live on less. This is the fallback, and it’s a good idea to begin to think what that would look like for you. (Move to a smaller home? Eat out less? Forgo medical needs?) Not a great choice, but certainly better than #1.

Three, make our money grow faster. This is an interesting variable, although since common sense would tell us a greater return comes with a greater risk, this opens an entirely different door. This variable certainly has possibilities.

Four, put more money away regularly. Ah, the mother lode of variables! The one you have the most control over, and is easiest to accomplish.

Wait, I know. You can’t afford to put more away.

As you read this, are you sipping your latte? Wearing designer clothes or shoes? Are you heading out to lunch or dinner instead of preparing at home? I’m not advocating that you abstain from life in order to put every penny you earn aside for the future. Although, the media is full of testimonials from people who have saved large amounts on relatively small salaries!  (The last one I saw was, “Woman saves over $100,000 in six years earning only $30,000 per year”).

But changing views on how money grows, what risks you take when you invest (and those you take when you don’t), and how to pick from different investment vehicles are important topics. Without an understanding of these topics, the choice between saving or spending may feel murky; investing becomes less of an imperative.

When saving and investing doesn’t feel like an imperative, good intentions become lost in the rear- view mirror, and suddenly, our intention to start funding an IRA when we’re in our 20’s morphs into finally funding an IRA at 60, when all of the other obligations in life have been taken care of.

In fact, this is precisely what a study in Canada found. Among other key findings, the Women’s Financial Empowerment Summit (2014) found, “General consensus that women associate their financial wealth to the (sic) financial health of their children; whereas men seek products or services that better position them for retirement.”

Another study (Hsu, 2011) found that, “As women reach widowhood, they seek to increase their financial literacy due to the absence of a male in the household who may have been responsible for household decision making; implying that women may not have an incentive to pursue financial literacy while their husbands are alive and healthy”.

Older women pursuing financial literacy is good, but given how money compounds OVER the years, the opportunity cost associated with this late-in-life learning is huge.

Should you think this is only an ‘older woman’ issue, think again. From the Canadian study, “Young women are less likely to be making decisions on their own. When looking at age and decision making, of the male respondents between the ages of 40 to 49, 67% identified as being the primary decision maker. While for women in the same age category, 40% identified as the primary decision maker and 47% as sharing responsibility. Notably, 29% of women between 18 and 29 were more likely to have someone make financial decisions on their behalf compared to 22% of young men”.

So, do women need their own set of financial programs? We do. We need to be spoken to and connected with in a way that’s different than men. We need desperately to play catch-up, because the lives our lack of knowledge and action impact are our own. I am very proud to be part of the solution of financial programs for women. Equally proud to work with a firm that places value in this, as well. 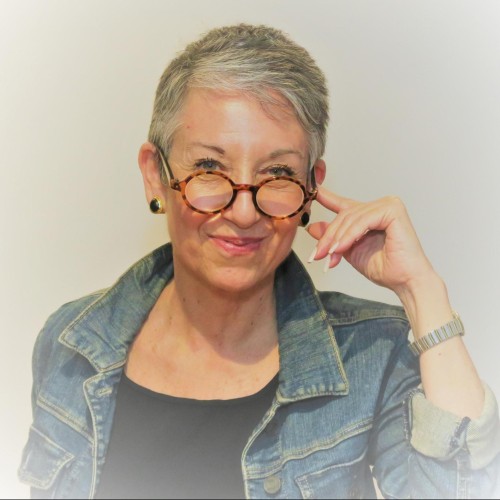 Ilene Slatkohttp://writeassistance.weebly.com/
Ilene Slatko joined Farr, Miller & Washington in early 2017 as a Vice President of Business Development. She will be bringing her financial education seminars back to the DC area; in particular, her long standing, “Women and Their Money” program. Her knowledge and insights have helped make the difference for many who have sat through her presentations and seminars. Ms. Slatko comes to Farr, Miller & Washington from Delaware Shareholder Services, where, as Principal, she followed bankrupt publicly traded companies for stakeholders around the globe. Prior to DSS, she spent 24 years as a Financial Advisor working with high-net-worth individuals, having started with Merrill Lynch prior to the Crash of 1987.