Are Driverless Cars A Threat Or Opportunity For Our Future?

Technology has advanced rapidly over the years. We can no longer rely on walking or using animals as a means of transport. There have been safer and faster means of transportation from one place to another. Technology has brought about severe changes in the transport sector. Many companies are investing billions into discoveries that they think will form a different future for cars. Self-driving cars are one of the newest inventions in the car industry. The car does not require a driver to take you wherever you want to be. Here is an in-depth look at the driverless car and its two sides.

The driverless cars are developed to drive without a driver. The car takes you to the location you want to go. Waymo is one company known to be the force behind the invention. They are already in use in Phoenix. Waymo has been developing both the hardware and the software needed for the kind of cars. Many people have expressed jitters on the type of technology and its ability to work on city roads. The company seeks to improve the Chrysler Pacifica that already exists. They aim at improving the Lidar sensors, computing platform, radar sensors, cameras, and microphones.

Many automaking companies have been working endlessly to make these cars a reality. Zoox, Uber, GM, Autonomy, Daimler and BMW are among the companies that have been working on the driverless models. GM has been able to create a formula that seems promising. The Cruise Automation 2016 has been a point of reference for many other developers. The company has ever since been able to multiply concerning investment. The company envisions the ability to commercialize their inventions.

Many issues have come up concerning the driverless cars. Even as many auto companies aim at developing commercial vehicles, people have many doubts about whether these cars are viable.

How Are the Driverless Cars Threats?

There could be more traffic than before. Many big cities are abuzz with many cars and people rushing from one point to another. The many people and vehicles have created congestion. Self-driving cars may be able to eliminate congestion. However, through the transition, the vehicles will be able to share roads with the manually driven vehicles which could pose threats to road users. A full development cannot be achieved all at once. Robbert Lohmann recounts that charging stations and parks will also be necessary.

The rush hour in the evening is bound to increase. The automobiles will be parking themselves out of the city limits. Rush hours are set to grow from 2 to 4. The cars are set to cause significant chaos as there will be an addition to the already existing system. Policies are required to ensure that this new invention will not cause havoc in our streets.

The Positive Side of Driverless Cars

They are safer than the current models. The self-driving cars are tender to the environment. The cars are made to use electricity in place of gas. They are therefore eco-friendly as opposed to what we currently have. They have two-sided risk distribution. It implies that they can prevent some common road accidents as well as cause others. The implication has been causing a stir as people argue that they are not helpful. However, it is again as they will breed a positive outcome. The cars will undoubtedly improve safety on the roads.

They will improve the road capacity utilization. The self-driving cars can use less road space as opposed to the usual cars. The vehicles are small, thus they require less space. The automobiles will be able to pack themselves out of the cities, and they will be in constant circulation. They are therefore likely to reduce congestion. The vehicles are also able to drive on less space as opposed to human drivers.

The self-driving cars are a good business platform. The investments are worthwhile for the many companies that have invested in the innovation. The vehicles may be quite expensive. It, however, does not mean that the market will not change. There will be new ways to cut costs and make more sales raising the profit margins. It is a worthwhile investment as these cars are the future of transport.

The driverless cars are an excellent platform for investors. Their future is promising concerning curbing congestion and making road transport efficient. They are an opportunity that needs support through policies and goodwill. With proper investment on time and money, the cars will be able to overcome every huddle they experience on the way. 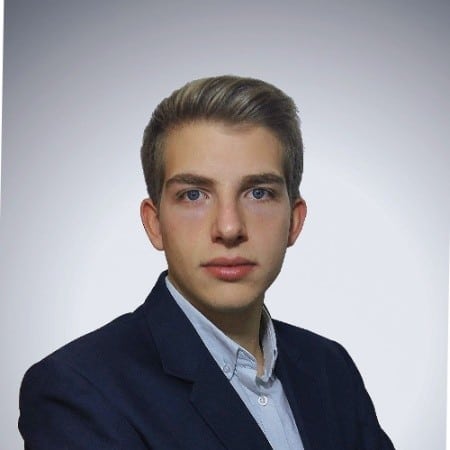 Rilind Elezaj
Rilind Elezaj is an experienced a Digital Marketing Specialist with a demonstrated history of working in the marketing and advertising industry. Rilind possesses a strong entrepreneurial mindset and has devoted his career to enhancing the sphere of digital marketing. In his methodological approach, Rilind integrates web development and other digital marketing solutions to create hybrid strategies that bring the best results

Why Should Governments Invest In Vocational Education?