Recently, my friends and I were discussing our losing battles with backyard animals – garage-loving raccoons, tulip-munching possums, and food-seeking stray dogs to name a few. My mind zoomed back to the time when we had some actual encounters with wild animals of the nasty kind instead of the fake wars with field mice that we might occasionally wage. It happened at our vacation at Yellow Stone national park last summer. There were two episodes that will be etched in my memory for a long time to come. Looking back they all had common themes –

We look at the distance see a dot suddenly appear on top of a little hill and come closer to us.

We were driving into the Yellowstone lodge through Lamar valley where the bisons roam freely. The car was stopped for 20 minutes behind a 1-mile train of cars presumably waiting for the dots on the horizon, a.k.a, bison to cross the road.  There were some people getting down and stretching their legs. I was in an animated conversation with my husband and looked up after a few minutes and saw that my kids were half a mile down the road behind a friend of ours. We look at the distance see a dot suddenly appear on top of a little hill and come closer to us. I look at my kids who were downhill from us. they could not see anything because bison was behind the hill right in front of them.

I can safely say that I have never run as fast before or since as I did then. Running down the winding road shouting at the kids to come back so they are not in the path of a 1000 pound animal. I would not be surprised if someone videoed that run and posted it. I have till date not dared to search for ‘crazy mother running towards a bison’ on YouTube. Thankfully I ran like the wind and got to the kids before the bison appeared on top of the hill and we ran even faster back the safety of the car. The animal broke into a gallop near our car and passed by inches from us, not looking particularly amiable.

This was a week later, the day before we were ready to return. We had seen a lot of bison, antelopes and other animals. A few of us had seen a bear, but a lot of us had not. And we really wanted to see a bear badly. We went to an area known to have bear visits and proceeded to walk through grasses towards the deep forest. Now, something did not seem right. The trees had bear claws marked with fresh sap oozing. There was something in the air that seemed sinister. Felt as if we were walking right into the bear’s den.

So now as these instructions were playing in my head and I gave up figuring out explaining to the kids that they should not scream or run if a bear charges at them.

The warning board said that the bear would not attack a group of 23. It also said – Make a lot of noise to not surprise the bear. BUT if you do surprise the bear, stand still or move back without alarming the bear. That should calm the bear. BUT if the bear is not calm and tries to false charge stand your ground, it should retreat, BUT if it does not retreat and starts attacking you, play dead and it should stop. BUT if it doesn’t stop and starts eating you instead then fight back. So now as these instructions were playing in my head and I gave up figuring out explaining to the kids that they should not scream or run if a bear charges at them. A couple of us put our feet down, become supremely unpopular and made everyone turn back.

I didn’t hear the end of it till we returned back and saw a news item that talked about a bear killing a hiker in Yellow Stone within a  couple of miles of where we were.

At that time I was not sure if these were the right decisions given how unpopular they were, but they were easy decisions for me – Safety first, Flee or be eaten. didn’t have to think twice. Thinking back with the power of hindsight, they were spot on decisions. That took more Amygdala than courage.

Now taking these situations back to a business world where you have to stand against the tide, saying no to popular decisions or influential people that could decide your fate, the situation is probably a lot more grey. The situations could be still unraveling in front of your eyes. There could be indications that you see clearly that is not apparent to other people. Important things might be at stake – product launches, contract dates.

In these kind of scenarios, it is hard to not only make the right call but convince everyone to go with you. It is not an easy task to reverse the Group-Think-Kool-aid mode that we occasionally get mired in as organizations. In a lot of the cases, they might not be the best career moves. That is where you need to dig down deep and decide what is more important. To drink Kool-aid, to save face, or do the right thing. It takes courageous leadership to face the music, admit mistakes and lead the effort to fix things. It is possible that you don’t have the support of the organization all the time and might need to swim upstream against doubters and naysayers.

All of us face these kind of situations at work on occasion. I would love to hear experiences where you might have had to make hard choices and how you went about doing that. 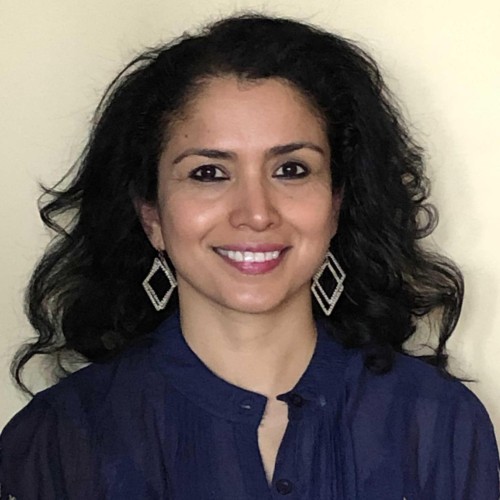 Deepa Karthahttps://www.journyz.com/
Deepa is the founder and CEO of Zinda, a people tech company that transforms the workplace through highly engaged employees. Deepa developed her unique purposeful productivity based leadership style working in fin-tech managing large global teams for over 20 years. Signup to Deepa's newsletters where she writes about issues faced by leaders at all levels and how to solve them with people, process and technology with a dash of EQ and humor. Zinda was named one of the 10 best employee engagement solutions in 2018 by the CIO Magazine.

Tell Me What You Want What You Really, Really, Want

A Gardener’s Guide To Business