Over the last thirty years or more I have enjoyed the privilege of visiting many countries, either to acquire new client projects or working closely with existing clients. The mission being the management of recruitment assignments. Also as an in-house recruiter, enjoying engaging with colleagues in various locations around Europe.

Memories often return in a manner so vivid that they could have taken place yesterday, which prompted me to write a number of anecdotes that may hopefully raise a smile or two.

On a flight into Prague, a fellow passenger who visited Prague many times suggested, or rather stressed, that prior to taking a cab to any location it would be advisable to agree on the fare up-front. The passenger also mentioned an amount that would be acceptable leaving and returning to the airport.  This I did and the sum suggested was acceptable. The journey involved motorway travel. No problem. On the return journey, I totally forgot to suggest an amount to the cab driver. However, this was minor compared to the drive to the airport. 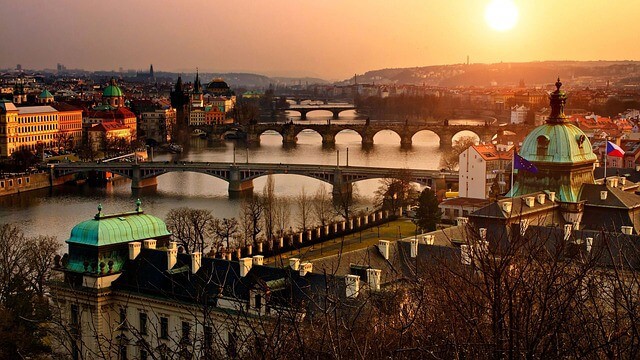 ‎There seemed to be an argument with another auto driving along the same route. There was much antagonism and what was happening was (as a passenger) rather scary.  They were swerving around like a couple of drunken maniacs; shaking fists and shouting at each other; as if they were playing some form of  game, but more seriously.  The other auto was almost connecting with the rear of the cab. Then the most terrifying thing happened. They both stopped in the middle lane of the motorway got out of their autos and engaged in a verbal battle. Looking around me, I could not believe what was happening. At any moment I thought vehicles could smash into the backs of the two stationary autos. Ultimately the cab diver got back into his seat. I could not wait to arrive at the safety of the airport.

On reaching the cab parking lot, I leant over to see what the charge was on the meter, but he pressed a button, deleting the formal amount before I could read it. I had to pay the equivalent of perhaps double the normal fair.  Suddenly his English ‘disappeared’ and I had little choice but to pay up. Lesson learned. From a racetrack to paying for the privilege!

I was staying at the Hilton Hotel, Avenue de Suffren, with a colleague; (also a Brit), discussing the company’s requirements for the Paris office.

We were enjoying a gin and tonic a the bar and as it was quite late following a busy day meeting candidates, we decided to go to our rooms; his being on a lower floor and mine, a few floors higher.  On entering the elevator a lady also walked in. Not really an issue; why should it be?  My colleague exited the elevator and we did exchange quizzical looks. On reaching my floor, I exited the lift, but some form of sixth sense suggested this lady was following me. I walked as fast as I could without giving the impression there was any urgency.  Eventually, I unlocked the door and entered my room, and shut the door with untold relief! Perhaps I was imagining things.

A few minutes or so later, there was a knock on the door, and on opening it, the lady who seemingly followed me on exiting the elevator was standing there and it became apparent she was offering a service which was certainly not welcome! That is putting it politely.  She was speaking in French, but it was scarily obvious what she was indeed asking; being typically English and awfully polite (of course) appropriate French phrases raced through my mind. Ultimately, keeping as calm as possible, a variation of a famous phrase jokingly said by Napoleon to Josephine entered my head.

I close the door with relief! Just then my telephone rang and it was my colleague who, with a lot of humor asked why she had chosen me instead of him!

We always have a big laugh when describing this event. Unknown to either of us, lounges at some hotels are a base for such ‘business!

Delightful experiences were enjoyed in Paris; my all-time favorite city.  From the Hilton, I used to walk from Avenue de Suffren, along Rue St. Dominique, or onward to Boulevard Saint Germain. 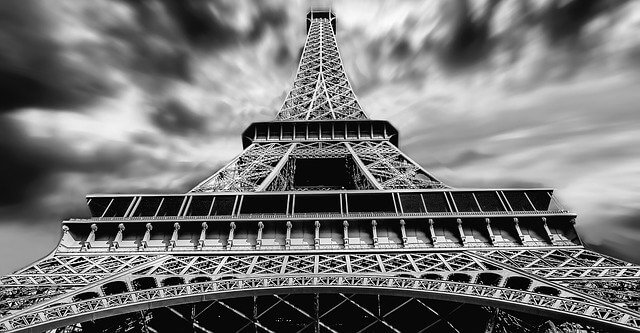 Sitting outside Les Deux Maggots, Boulevard St. Germain, watching the world go by and enjoying a coffee, I noticed to the left of Les Deux Maggots, where the antique quarter begins,  a water drinking fountain. A gift from the Hertford family, founders of the Wallace Collection in Manchester Square, London; home to some of my favorite paintings.

Following a coffee, my business partner and I walked across the road to the rather famous Brasserie Lipp. On approaching this iconic brasserie, there was the feeling that non-Parisians may not be overly welcomed. On entering this establishment, there was an indication that only Parisians were permitted to sit downstairs or outside the front. Even in attire that included a famous brand of French ties, did not improve the feeling. We were essentially told to go upstairs. On arriving at the first floor, it was empty of customers and there were a number of tables by the windows.

A Day in the Life of a Bumblebee

A Lesson Learned in Reality and Positivity