Can you imagine what it was like for the inventor of the first safety pin—how challenging it must have been to explain its benefits during a time when nobody ever envisioned one, let alone used one?

Or imagine the concept of a sticky note being explained by its creator before it was created. We could never conceive of a world today without a safety pin or a Post It™ note.

All creations and inventions begin as an idea, a concept, or a thought in someone’s mind. Many times, this concept is dismissed as “impossible” in the minds of people who cannot envision it. However, in the mind of the inventor, it is feasible and real.

Have you ever had an idea and did not act upon it or you called it silly only to discover a few months down the road someone else had the same concept and brought it to fruition?

Perhaps you have an idea that can help others or change a life or make someone smile. Maybe you have a solution to help lessen the hunger and water issues in our society, or an idea that would be helpful with gun control. If you have an idea, then know the idea was given to you for a reason. Ideas have so much magic and intention behind them.

Ideas want to be revealed, just like electricity, the computer, and the automobile, the “Post It” note, and the safety pin. We can be thankful that all the individuals that had these ideas did not hide them or refuse to pursue them. Because of their ideas and their courage to share them with the world, our lives are easier today.

Remember while not every idea has to change a nation, your idea can make yours or others’ day-to-day lives easier.

Welcome new ideas into your life and you will be amazed how many more will come. Great ideas come to those who love them and allow them to manifest. 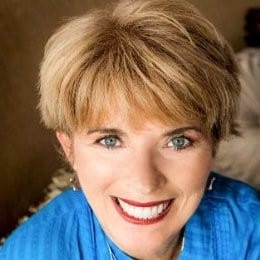 Dig Deep for the Greater Light to Come True

What’s In Your Way?