Amy B. and Freaky Friday

So I went to dinner with Amy Blaschka. It’s been a while. She has a wedding anniversary and I celebrate a successful relationship.

T: Wow, I haven’t been out to dinner with anyone since The Last Supper in Chicago.
A: I had to fly home and missed that. Read the article, though.

T: Wow- someone reads my articles?
A: I was a little more interested in your “Manifestation of Catholic Heaven” article.

T: Not enough to post a link. Someday someone will go through my articles and be amazed at the body of work.
A: That might be your autopsy.

T: Speaking of which- are you going to ghostwrite my final article?
A: You won’t live to see it so let’s order. I heard this restaurant has really good Chicken Florentine.

T: I’ll keep that in mind. I read your article on Zoom fatigue. Having worked long hours in my regular place of work? I would not complain about having to work from home. My sister works in pajamas.
A: She should probably get dressed. It’s good you and she aren’t connected on LinkedIn.

T: We connected on that fateful Monday night at Georgetown Hospital and ever since. Do you have any idea what it’s like not to hug someone who damn near invented the concept? Social distancing from her children also stinks.
A: It’s a different time. At least you wear a mask.

At this point? A beam falls from the ceiling. Both diners are hit and knocked out. They wake up a minute later although something is amiss.

Ta: What happened?
A: That beam fell. Look what happens when we finally return to a restaurant. Wait a second (looks at her hands) I’m younger!

T: Nothing surprises me in 2020. Why are you touching my chest?
A: Just verifying.

T: I’m a married woman and you should know that’s a sin.
A: Well, I’m only Catholic on LinkedIn. What do we do now?

T: Looks like this is The New Normal.
A: As if there weren’t enough reason to hate that phrase. Does this mean I have to live your life?

T: Evidently. And you have to live mine. When is the start time?
A: Tomorrow? 3:30. At least this didn’t happen Wednesday night because we started at two.

T: How do you work those hours?
A: You never get used to them. So, do I have ghostwriting opportunities now? Can I answer questions on video maintaining eye contact with the audience?

T: I concluded the #AskAmy series. No, you are going to appear on a podcast tomorrow.
A: I had to change bodies before anyone showed interest. Tell me it’s someone I can stand.

T: Greg Gillies.
A: Whew. I have come to like him. If I go back to my body such as it is I should connect with him.

T: I’m just glad you took a shower before we went out. Should I order drinks? Since you don’t drink your liver should be in good shape.
A: Are you going to order a twenty-two dollar glass of wine? If they don’t put the prices on the menu? I wonder if that hotel bar survived the pandemic?

T: They got our money. I only have one question.
A: It’s not about anything intimate, is it?

T: You don’t need superpowers when you have big dick energy. That confidence will carry me through the workday. 3:30 AM?
A: Yes. What was the question?

T: Well, changing bodies is a manifestation of walking a mile in someone’s shoes. What is that?
A: Empathy.

T: Correct. With that in mind? Why didn’t I change bodies with Trent?
A: When the BFAM becomes the SFAM? Maybe that will be the sequel. I never said you had an easy life. Deadlines and you have to pay to live in Northern California.

At this point, Amy wakes up in her bed. Her husband Todd is next to her as she turns on the light on the nightstand.

Todd: Was I in it?
Amy: No. I was at dinner with Thomas Jackson —some guy who goes to No Longer Virtual even though he makes no money and essentially has no brand. He’s fine and we switched bodies.

Todd: Like in Freaky Friday?
Amy: Sort of. It was weird.

Todd: It was just a dream. As a ghostwriter? Don’t use the “It was all a dream” scenario when you can’t think of an ending. Maybe you can make a video about this.
Amy: Not tonight. See you in the morning. (Turns off the light.)

Todd: Wasn’t Thomas the one who said our filing cabinet is where our dog changes into Hong Kong Phooey?
Amy: I don’t think he was talking about Rigby. He does remember some obscure things. Good night and he did recall our anniversary.

Todd: Is he married?
Amy: No. Maybe it will happen in a dream.

Todd: You’re a dream come true. At least to me. Good night 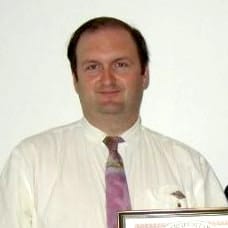 Thomas Jackson
There is more to accomplish. Always aspiring to better myself and others along the lines of excellence. The spirit to serve plus the desire to lead and train perpetually merely scratch the surface of accomplishment. There is always room for improvement.