The field of Management Science (initially pioneered in The Principles of Scientific Management – 1911, by Frederick Winslow Taylor) reached its zenith in the mid-1960s with the work of George Plossl and Oliver Wight memorialized in their seminal 1967 work:  Production and Inventory Control – Principles and Techniques. Combined with Mark’s Standard Handbook for Mechanical Engineers – 1916-2016 we have algorithms for the molding of natural resources (“Physical Science”) to produce tools and Machines and the principles and techniques to plan, schedule, produce and deliver (“Management Science”) volumes of these tools and Machines.  Imbuing Machines with these algorithms, principles, and techniques is the provenance of Information Science.

Proliferating User.   IBM lore holds that founders of SAP SE were authors of essential COPICS system modules.  These IBM Germany professionals saw the creation of Financial Accounting and Back-Office automation programs 3 as an opportunity that they could not pass up. Unfortunately, COPICS and most every other attempt to apply Computer Science to Management Science to create Information System Solutions were a product of systems engineers steeped in 1970s foresight.   COPICS and all other seminal work in OLTP did not imagine that computing technology would ever evolve to enable the actual product being produced through a manufacturing process to monitor and report on its own state and condition.

In Working to realize IBM COPICS and myriad other OLTP system solution offerings, wherever the system designers encountered a capability that could not be performed by a Machine, they inserted a Human Worker in the User role.  The User role itself is a non-Value-Add role (versus a Value-Add or Cost-Add roles of Value Chain definitions) created because humanity did not yet know what it did not know in the continuously advancing Computer Science & Information Science symbiotic relationship.    Sadly today, in most cases in the year 2021, the User role persists as a vestige of early Computer Science challenges enabling one Machine (i.e., Computer) to communicate with another Machine.

Throughout the 1980s-1990s, Computer Science continued its advancement producing reentrant, multi-tasking enabled OLTP offerings for multi-threaded concurrent multiple input-output multi-programming models that would facilitate the realization of the COPICS and similar pioneering efforts of the period.

MIS proliferated throughout most all businesses with green bar reports and OLTP as its production. MIS employees would show up at the Accounting, Payroll, and Materials offices with a video display terminal (VDT) and keyboard, plop it on the Worker’s desk and say: “Use this and you will not have to wait as long for your reports!”.

A very subtle transformation began with the introduction of an additional role being filled by the Accounting, Payroll, and Materials Workers:  User.  MIS continued to advance with capabilities enabled for most every functional role within a company. Most every Worker began to take on this additional User role.

Humanity almost imperceptibly assumed this computer-related additional User responsibility, taking on the role of feeding the Machines and distributing the Machine output that had formerly been held by MIS. Most every Worker became a User.   Since every Worker is not a manager, MIS renamed itself with the more universal designation of Information Technology or IT.

Systems Solution Perspective.  Complete end-to-end IT system solutions were developed, IT careers were created, and books were written.  Academia created undergraduate, graduate, and post-graduate curriculum feeding what became known as the IT Industry with workshops, seminars, and conferences.  Throughout all this growth and evolution, attention transitioned from the Value-Add Worker role to the non-Value-Add User role to the point that the IT Industry primarily monetizes its offerings based on the number of Users versus value delivered.

Unfortunately, few readers of Donald A. Norman contributions to 1986 User Centered System Design: New Perspectives on Human-Computer Interaction may have read Norman’s complete works on design (not least of which is 1999, The Invisible Computer).  It is likely that a very small minority read any more than the first chapter of any of Norman’s works anecdotal estimates being that less than 10% of non-fiction readers continue reading past the first chapter.

Unintended Consequence of User-Centered Systems Design.  With a Systems Solution perspective and armed with seminal works such as User Centered System Design: New Perspectives on Human-Computer Interaction, Donald A. Norman & Stephen W. Draper, 1986, emphasis was thrust upon “User Experience” with IT Employees altogether bypassing methodical, rational product planning and instead rushing out to the User (‘Worker’) and asking them what they need.

The Worker never considers themselves to be a User.  Workers are hired to fulfill a Role and, in doing so, earn and are paid wages, in other words, to do a job.   What the Worker needs is #1 to be left alone to do their job, #2 a sense of security in their job, and #3 opportunity for growth.  Since the IT Employee has already violated #1, the Worker focuses attention on #2 while hoping for #3.  The result of the IT Employee – to Worker interaction is the Worker/User answers the IT professional’s request by telling them that they need something new and different from what they have.

This begins mutually beneficial co-dependent relationships between individual IT Employees and individual Workers that, unfortunately, serve as a detriment to the overall good of the company.  To satisfy one another’s personal professional interests, they convince one another that what the User is doing is so special and so unique that it requires a special and unique IT solution.

IT vendors (the ones selling off-the-shelf System Solutions) thrive off this IT Employee-Worker dynamic as it creates customization of their off-the-shelf offerings making it very difficult to ever replace the solution.  The IT Employee, the User (i.e., Worker), and IT vendor created a dependence upon them, individually and collectively going forward.  Unfortunately, IT vendors, IT Employees, and Workers retire and expire, and the company suffers what could be operationally catastrophic disruption.

The IT vendor, IT Employee and Worker co-dependency holds the system solution potential hostage until one or more of these actors retires and/or expires.

Fear is a Powerful Motivator.  In anticipation of “unknown unknowns” wreaking havoc throughout Humanity at the turn of this last millennium, beginning in the late 1990s, most all company IT systems were wholesale replaced with non-Y2K 4 problem alternatives.  Myriad legacy systems held hostage by the IT Employee – Worker co-dependence were simply tossed out and replaced with new IT vendor offerings immediately seeking to institute the IT vendor – IT Employee – Worker co-dependency.  Unfortunately, many succeeded.

Variants of Sameness.  OLTP System Solutions share the same lineage.  Because of the Y2K wholesale replacement of the legacy OLTP offerings with a few IT vendor offerings, the common lineage is much more highly concentrated.  All the OLTP System Solutions share the same Management Science and Physical Science heritage and today most all share the same or similar IT software base. With respect to these systems, 15th century double-entry bookkeeping is the backbone – there is a place for everything, and everything needs to be put in its place – wash, rinse, repeat.  It should come as no surprise that Machines are able to learn process and then repeat the process of how companies operate.

RPA:  The New QWERTY. In the year 2021, Robotic Process Automation (RPA) is on its rise within the field of Artificial Intelligence (AI).  A simple definition of RPA is having a computer learn from basic, repetitive tasks performed by a User so that the computer (a Machine) can perform the same User task.  After the nearly 50 years of obsession over “User”, this non-Value-Add role will be subsumed within Machine automation.  It does seem fitting that the Machine should assimilate the function of exchanging data between Machines.  Are we though creating another QWERTY keyboard?  Since the system solution was purportedly developed as “User Centric”, would it not be prudent to step back and revisit system solutions making these Work and Worker Centric?

Solution:  Move to the 2nd Person.  The cure – the way to break the Information Technology Industry out of its malaise – is simple.  A “User”-centric approach of Information System Solution design has the design of a solution accomplished in the 3rd Person with the intent of a Worker employing the product in the 1st Person.  Worker-Centric design, where the Machine performs as an enhancement to the Worker must be accomplished from a 2nd Person perspective (in the spirit of Free Indirect Speech style).

There are few noteworthy novelists of acclaim writing in the Free Indirect Speech style, the most being James Joyce with the easier work to consume being his 1916 A Portrait of the Artist as a Young Man.

It is this “rearview-mirror forecasting” that results in tremendous misses in prediction.

2nd Person perspective is that wherein the Designer/Developer is immersed directly within the context of the Information System Solution Execution.  Unlike the traditional history-biased 3rd Person perspective from which a Worker employs a product in the 1st Person perspective, the 2nd Person focus is on the present and the future.  3rd Person perspective enjoys the benefit of hindsight – learning from experience.  Unfortunately, too may IT Workers and IT vendors confuse prediction (what the future will be) with forecasting (what the future should be).  It is this “rearview-mirror forecasting” that results in tremendous misses in prediction.  Leaning so heavily on historical data for predicting future-history – as most everyone does – is equivalent to declaring: “My, what a wonderful future you have behind you!”

The Design Optimization complement to Human aspiration is a profoundly symbiotic form of Artificial Intelligence.

[1] For purpose of this narrative, we will not consider the post-Singularity Machine-Enhanced Human of Raymond Kurzweil fame.

2 Yes, the reader may take exception to the above and possibly use fully immersion Virtual/Augmented/Mixed-Reality (VR/AR/MR) as examples – In 2021, these are predominately point solutions and not System Solutions or (as is the dominant forms) serving Gamers, not Users. 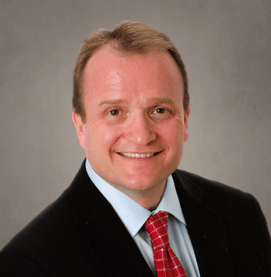