“Tea or Coffee?” the servicing waitress asked me. “Uh…Tea. Green tea, please”. I responded while I flipped through the pages of the restaurant menu in the backward direction to see maybe anything would stir my appetite for ordering. You could hear the chit-chat from the tables and the different sounds produced by the cutlery on the food and plates by their users.

Often, you’d hear abrupt laughter from the surrounding tables, your nose would have picked the joint aroma of the different served food, and you’d seen the servicing waitress attending to people’s requests and my wandering eyes across the pages of the menu.

“Ok, I’ll just take tea and maybe skip the lunch for some snacks later on”, I said to myself.

This restaurant is well-known for its good cuisine and the ambiance of its interior. And as such, different calibers of people from all walks of life patronize the restaurant, especially, working professionals at midday – to eat, chat, and to take a break from the busy nature of their professions.

While in wait for my tea, I played with my phone – checked news updates, latest info feeds & maybe flip game. Occasionally, I’d lifted my head upwards in view to the ceilings and framed artworks placed on the walls of the restaurant while also looking sideways in an appraisal mode of the people entering the restaurant.

Just in my direct view, a medium-sized dark brownish colored insect flew from nowhere and stuck to a lady’s shirt that was 2 tables adjacent from my table. Guess what?…you rightly presumed what happened afterward (Chuckles…). Yea, on the instant, with a panic-stricken face and trembling voice, she started screaming…”agh, aghhhh, aghhhhhh…” A few seconds afterward, she was jumping with both her hands dangling in the air upwards and downwards in a hurriedly clumsy fashion in her effort to get rid of the insect.

If you’d happened to be outside the restaurant and have been able to see her through the door, you would have thought she is break-dancing or doing a taekwondo martial art or something related.

The lady’s reaction was contagious, as everyone on her table also got panicky; while some shouted in high pitch in disgust…”What the heck!” At this point, everyone’s attention in the restaurant was drawn to the incident.

After few attempts, she managed to push the insect away, but it landed on another lady in the group. “Oh crap!” The second lady yelled as she jolted away from her chair like a coiled spring pressed inwards and released instantaneously with an extensive amount of force. The table spread was pulled off from the table and the chair tossed over from the backward swing of her legs in a bid to stave off the insect stuck on her shirt.

Now, it was the turn of the other lady in the group to continue the drama. You could hear some giggling somewhere in the room and some blank faces that appeared indifferent to the incident or just plainly fascinated by the occurrence.

In the relay of throwing the insect across the room, it fell upon the waitress shirt that was a short distance away from the incident. You guessed rightly, at this point almost everyone’s eyes in the restaurant were turned toward the waitress as if we were in a theater and they were the performers.

We were all in rapt attention and I could bet what was on everyone’s mind…” what is she going to do now?”

If you’d happened to be there, you would have immediately seen the clear sigh of relief across most people’s faces in the room and a signal of applause at the waitress’s show of courage, calmness, and control.

Sipping my tea in small mouthful amount slowly from the cup after the amusing scenario, my curious mind picked up a few thoughts and started wondering;

Was the insect responsible for their theatrical behavior? If so, then why was the waitress not disturbed? Why was she calm and collected that she handled the situation near to perfection without any chaos? Really, what prompts our varying reactions to disturbances?

Why do we handle the same disturbance in the same circumstances in extremely different ways in comparison to some other people? Or what dictates our responses to unfair interruptions?

You’ll agree that it’s not the insect, but the inability of the two ladies to handle the disturbance caused by the insect that disturbed the ladies.

Yes, we can’t deny the existence of the problem or disturbance, but more than the problem, it’s our reaction or response to the problem that creates chaos.

The two women reacted conditionally, as conditional reactions are often circumstance-based, whereas the waitress responded proactively – a response well thought-out.

Of course, the urge to react based on the circumstantial happening is quite high in contrast to a proactive response, which demands a switch in thinking, approach and varied perspectives from us at that particular moment.

I have since personally discovered that being proactive demands a daily “continuous” cultivation of the required skills and judgment in the seemingly trivial things of life, business, and occasions.

Think more than twice before you react circumstantially to an unfair interruption and choose to respond proactively, as proactive response always trumps a conditional reaction.

So, how will you respond to the current disturbances and unfair interruptions today? 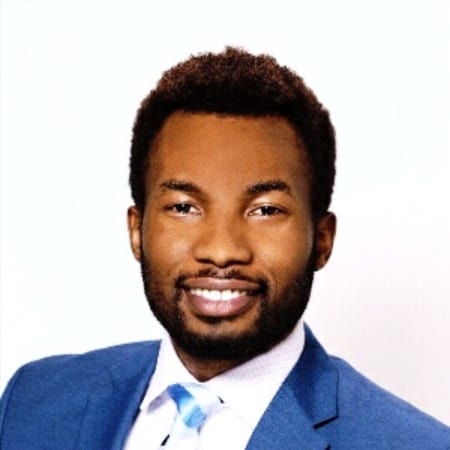 Leverage Convergence For Transient Competitive Advantage OR Paint Yourself Into A...