Heidi Klum celebrated 15 years on Project Runway with many life challenges  in between her successes.  She has managed to stay out of the negative limelight and create wonderful opportunities for starving designers.  Her platform and drive are authentic.

Likewise, first lady Michelle Obama, as educated as she is, gained widespread attention with her famous 2008 speech that highlighted hard work, faith in America, and leaving a safe legacy for children.  Her authentic speech would become the recent subject of controversy after Melania Trump allegedly mirrored Obama’s words during the Republican Nomination Convention.

Many people quickly forgave Mrs. Trump, because her “sincerity and emotions” could be felt during her delivery.  They quickly excused alleged plagiarism, because Mrs. Trump authentically and visibly believed the  words she spoke.  She actually evoked strong emotions from diverse audiences watching her.

My passion toward empowering women forbids me from publicly criticizing any woman who would follow her heart and support her husband.  I would never criticize any woman that publicly supports mothers raising strong children.  Let’s just focus on the positive, the authentic, and the natural good.  Let’s change the dialogue and show forgiveness rather than criticism.

I can imagine Michelle Obama would hug Mrs. Trump if they were to encounter one another.  They would both realize there is so much work to be done to uncuff a nation of women that no room exists for even a hint of a virtual or real cat fight.  Both Obama and Trump are too classy to indulge in matters that are not really that important; however, it should be noted that originality is always better.

Rather than have her moment overshadowed, Trump should have shared more about her experiences as an immigrant or the child of immigrants.  She could have quoted so many others about limitations and dreams.  The world is ready for authentic success stories. The rags to riches story never grows dull, but let’s highlight the other important stories.

The danger of judging privileged or unprivileged people is we draw a line in the sand we can never cross.  If one was to judge and then achieve the same privilege they despise, they could only hope for humility and non-judgment from others. 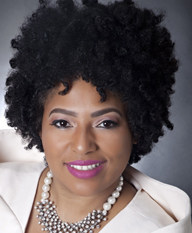 Caprice Smithhttp://www.capricesmith.com/
CAPRICE Smith, The Uncuffed Living Expert, who while serving as a Special Investigations Police Detective in Baltimore City for twenty years, earned her Master Degree in Education and launched a 501 C3 to combat Domestic Violence. After, retiring she passionately developed her coaching business and has been awarded Top 100 Minority Business In The Mid-Atlantic Region, Baltimore's Best and Baltimore Time's Indie Entrepreneur Of The Week, A Black Wall Street Award Recipient, Mrs., Corporate America 2014/ Ambassador 2015, Internationally Syndicated Columnist with Women's Voice Magazine and a host of other accolades. She has made multiple appearances on Dr. Oz, Fox 45, ABC, The Chew and has won over $14,000.00 while living uncuffed. She doesn't allow anything to stop her and flew an airplane to overcome her fear of heights.