A Pruning Guide for Writers

Tim arrives at my front door, chain saw in tow, just as the sun ascends the ancient black walnut tree in the backyard. He’s come to trim this and several other trees on my two-acre property.

“I’m ready to climb,” he says in greeting. We survey the yard for tasks to be done, then he launches into work.

Inside, I’ve got my own work to tackle. Knee deep in editing my nonfiction book manuscript, several weeks have passed since any semblance of a creative breakthrough on how to reorganize crucial middle chapters. As Tim saws and drops branches outside, I cut and paste at the keyboard, frustrated.

Noon, and I need a break. The sun has warmed and cleared remnants of last night’s rain. I grab a watermelon wedge and head outside to observe Tim in action. For a fleeting moment, the challenges before him seem more desirable than my own. No writer’s block, just nature, and a faithful saw. No rejection from agents and editors, simply him and a squirrel or two, scurrying with a nut stash. No book proposal, marketing abstract, endless promotion, suspended gratification. Merely the fresh scent of cedar mulch, buds turning to blossoms, logs stacked in tidy piles, and a direct sense of accomplishment.

Willa Cather once said, “I like trees because they seem more resigned to the way they have to live than other things do.” I ponder this, imagining myself a weeping willow. Then, a mental analogy forms: editing a manuscript IS like trimming trees.

Reflecting on Tim’s comments as we perused the yard earlier, I begin to sense a natural order.

Before Tim’s work commenced, he examined all of the trees and their placement in the yard–not unlike constructing that first draft (which is, thankfully, behind me). Writing could not begin until I scanned all of my material, divided it by topic, and pitched whatever didn’t fit the book’s central theme. With the useful material arranged, I then considered which topics were most solid and made decisions on how to present them. The end result? A book outline, segmented into three parts.

Now, I slide over a lawn chair, fling watermelon seeds and watch as the landscape plans that Tim and I agreed upon come to fruition, one by one. That cherry tree, though not the most shapely, is one I want to save. Tim’s suggestion? Remove the dead mid-section and lop off its “lid”, as he calls the top one-third of the tree. For the slice of heaven, this tree’s perfumed blossoms provide each May, it’s worth nurturing.

Sounds like part one of the manuscript. If I move important definitions to the front of this section (thereby streamlining sluggish middle chapters and eliminating the last one altogether), the entire first third of the manuscript will flourish, along with the reader’s understanding and enjoyment of it.

The miniature crab apple in the front lawn needs to be thinned throughout and trimmed all around. Aha, there’s the solution to part two, those overgrown middle chapters. Pare down and distill every page, and don’t worry, the essential limbs will support what remains, in fact, will make it stronger.

As it seems, this crash course in tree trimming is helping me to see the forest of a finished manuscript through the trees of draft revision and development.

Does it move the premise forward? If not, chop it. Is this topic better served in part one, not two? If so, reshape it. Is the paragraph here or section there extraneous? Snip, snip, it’s sucker growth. As writers, we edit not just for aesthetics but to preserve, perfect, make more fruitful. “Whatever is pruned eventually fills out in its rightful shape,” Tim assures me.

After lunch, Tim tackles the coup de grace of the day’s cutting projects—that massive black walnut. His task is to rein in its century old growth, slicing off unwieldy sections that have invaded surrounding trees. I’m back at the computer, but can’t help keeping one eye on his progress through my office window.

Tim straps on a waist belt and slings his rappelling rope skyward to clutch a sturdy top branch. The tree is so tall, it stretches his rope to the limit. From there, Tim hoists his way up, trusty chain saw dangling from a belt hook. He starts at the highest point and methodically works down to the lower limbs, at times swinging, Tarzan fashion, amidst the tree’s frame. Confidently, Tim steps to the center edge of each limb and severs the unwanted part (holding the safety rope with one hand, sawing with the other). The amputated portion falls with great force, and the remaining branch part responds to its lessened weight by snapping upward, taking Tim for a ride.

“TIM-BER!” I yell out the window. (This is also my nickname for him).

Boy, that’s dangerous work, I think. But Tim executes it with precision, the result, I’m sure, of much practice. He earmarks where each limb must fall, then cuts accordingly. I notice that, with his accurate calculations, he misses a power line, other tree branches, my perennial bed.

Hard editing requires similar courage. We writers have to go out on that limb with the intent to chop, chop, chop, armed with a chain saw of sorts: a red pen or the “delete” button, your choice.

In order to transform my solid draft into a finished manuscript, I must, in some way, connect myself to it, be in it, and fearlessly remain there until all structural and textual changes have been made.

Like tree trimming, it’s not possible to entirely see the final shape the work will take until it has become what it was meant to be all along. Like Tim, I must go on instinct.

Tim finishes the day with easy tasks, a white birch, and two pears that he’d manicured two years prior. Creatively, this isn’t new territory for Tim, just a matter of following former haircuts he’s given these trees. Fifty or sixty small, tedious, time-consuming clips, and he’s out of here.

This, I imagine, is what my final editing will be like. Tweaking here and there, laboring happily over certain words, polishing the opening and conclusion. Nothing risky or ambitious, just a walk in the garden. 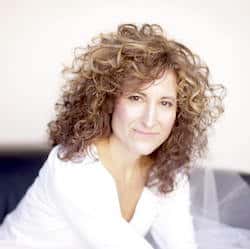 5 Reasons Why Common Sentience is An UnCommon Book Series

A Guide in White Lace